Disney Encanto Leads Box Office as We Prepare for Spider-Man

Encanto Leads Box Office as We Prepare for Spider-Man: No Way Home 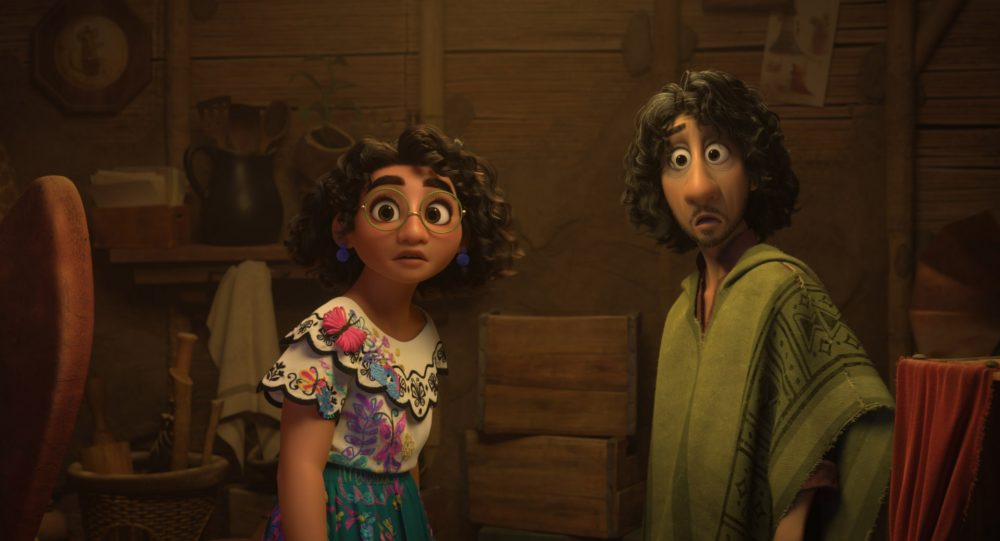 Listen, we all know that Spider-Man: No Way Home is going to be a massive release. We know this because of how hard it was to buy tickets for opening night, which is a challenge that we didn’t miss throughout the pandemic. But despite the promise of a box office wonder, other films continue to release and do well. Encanto currently sits at the top of the box office as we experience the calm before the storm.

Encanto is Disney’s latest animated musical. The story follows a young girl, Stephanie Beatriz‘s Marabel, who does not have the magical powers that her family does. This doesn’t stop her from creating a magical world for herself, filled with innovative and colorful animation and a magic house.

The film’s opening weekend scored $27.2 million in its opening weekend, with $40.5 during the full Thanksgiving 5-day weekend. Its second weekend has brought in another $12.4 million, showing a 54% drop. This is slightly better than average compared to other animated Disney releases.

Other films continue to do just fine at the box office, with no noise happening for a few weeks. Ghostbusters: Afterlife continues to make more money, sitting in #2. It now has a pleasing $145 million worldwide. In third place is House of Gucci, the Lady Gaga-led crime biopic, adding another $1.9 million to its sum. Christmas With the Chosen: The Messengers, a religious Holiday special, sits in fourth, and Eternals follows close behind in fifth place.

Could Spider-Man: No Way Home Be The Biggest Film Of 2021?

Domestically, the biggest film of the year is Shang-Chi and the Legend of the Ten Rings, with $224.5 million. The biggest opening weekend is Venom: Let There Be Carnage, with an impressive start of $90 million. We expect these numbers to look like chump change pretty soon, as Marvel’s Spider-Man: No Way Home is expected to premiere to a triple-digit number.

Why such high expectations? Not only does the film feature a fan-favorite hero in his third solo film, but the rumors of previous Spider-Man actors continue to be whispered across the internet as we anticipate the opening of the multiverse. People are begging to find out if it’s true, and it’s caused impressive hype for the first few days of screenings.

Presale tickets began selling out almost as soon as they dropped. It broke presale records in the U.S. for pandemic films and almost hit Avengers: Endgame level sales. In other markets, the film faired even better. The Mexican box office brought in $7 million just from presale tickets in the first 24 hours, which was amazingly 40% more than Endgame. U.K. ticket sales are also higher than expected.

If Spider-Man does as well as we hope, it might not just be the biggest weekend of the year. It could top the highest-grossing domestic film of 2021 in fewer than two weeks before we roll into the new year.

You can watch Spider-Man: No Way Home in theaters on December 17th, 2021. Tickets are available now.

The box office numbers for Encanto are pleasing. Families are getting out to the movie theater, and kids have something fun to see. But when Spider-Man: No Way Home drops next week, we anticipate that the box office numbers will be more than a little higher. Readers, how much do you expect the Spidey film to make? Drop your predictions in the comments and come back later to find out if you were right.