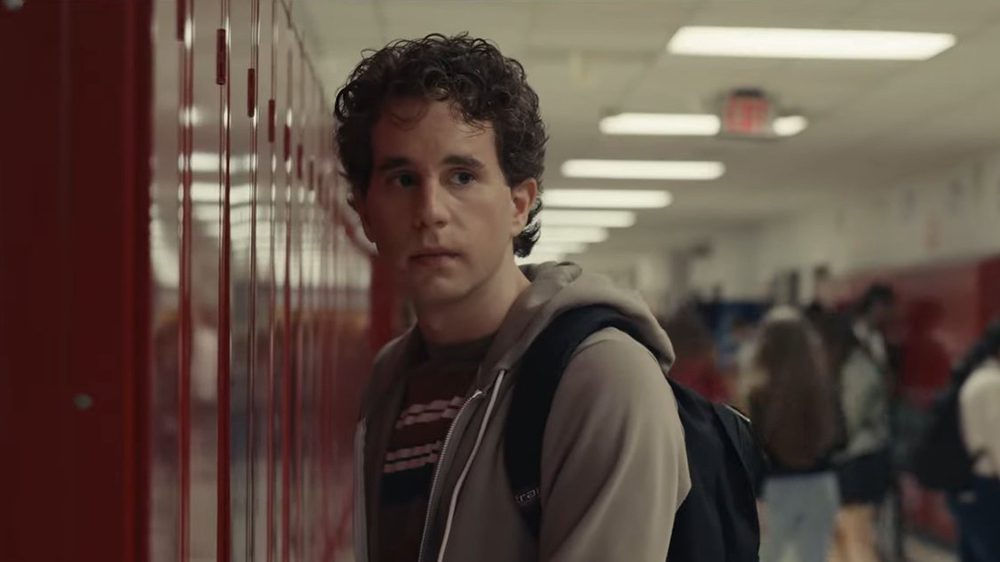 Reactions were strong when word first dropped that a theatrical adaptation was in the works to retell the tale of the Tony Award-winning stage musical Dear Evan Hansen. Its first Broadway run was so successful, and it was an instant hit. But could the same story be told convincingly on the big screen? Or were the songs best received on a live stage? Most stage adaptations bring a level of hesitancy to fans, so we weren’t surprised by the mixed reaction. Over time, critical response brewed, and there was barely a word of positivity to be found. And all that before the film was released! But it’s finally here. We’ll discuss whether it deserves criticism or a shot at success in our review of Dear Evan Hansen.

Dear Evan Hansen, like the stage play that came before, follows our titular lead after a local tragedy. The high school senior already has a lot on his plate, between a broken arm, social anxiety, and a mother who has to work too hard to be around for Evan in his times of need. At the beginning of the school year, Connor Murphy, a classmate with a great deal of trauma of his own, takes his life.

Reactions of the death are almost neutral. Many students and even Connor’s own family recognize that he had been leading a risky life. His substance abuse addictions, anger outbursts, and unpredictable behavior had never helped Connor make friends. But when Evan Hansen writes himself a letter at the recommendation of his therapist, and it ends up in the pockets of the deceased, everybody seems to think that Connor and Evan were the best of friends. And why lie when you have a grieving family (that includes your biggest crush) knocking at your door promising you a welcoming home?

The film follows Evan’s rise from a social outcast with little motivation in life to a boy with friends, romantic interests, and enough confidence to get him through the day. But secrets barely stay that way, and the threat of discovering his lie continues to weigh on him.

So, Why All The Controversial Discourse?

Based on the story alone, Dear Evan Hansen seems like something any review could find a heart in. Sure, navigating topics like suicide on the big screen can be difficult, and rarely do stories get it right. But the controversy surrounding the film has little to do with the actual plot. Instead, it has to do with its lead actor Ben Platt. Platt, who originated the role in the Broadway play, has almost become synonymous with the character. However, it’s harder to understand the association when you’re a man in his late twenties playing a 17-year-old boy.

Ben Platt is a talented actor. His vocal skills are undeniable, and he cares for the future of the character. But he could have remained in the film in another role or working behind the scenes. What he does is take away an acting opportunity for a younger actor. His age is so obvious that it makes us wonder what they were thinking. This is especially true when he shares the screen with adult characters.

When discussing the criticism, Platt explains that he tries to tune it out. While speaking with NBC, he argues that “there’s nothing I can do about how old I am.” Still, he seems to have done everything he could to ensure that he led the film. His father, Mark Platt, produced Dear Evan Hansen. Is nepotism at play? Probably.

All of his frustration towards the casting makes it hard to walk into a showing of the film without preconceived ideas of how you’ll like it. And we do agree that a younger actor could have crushed the role. But if we let ourselves believe that Platt is 17, can we still enjoy the show? 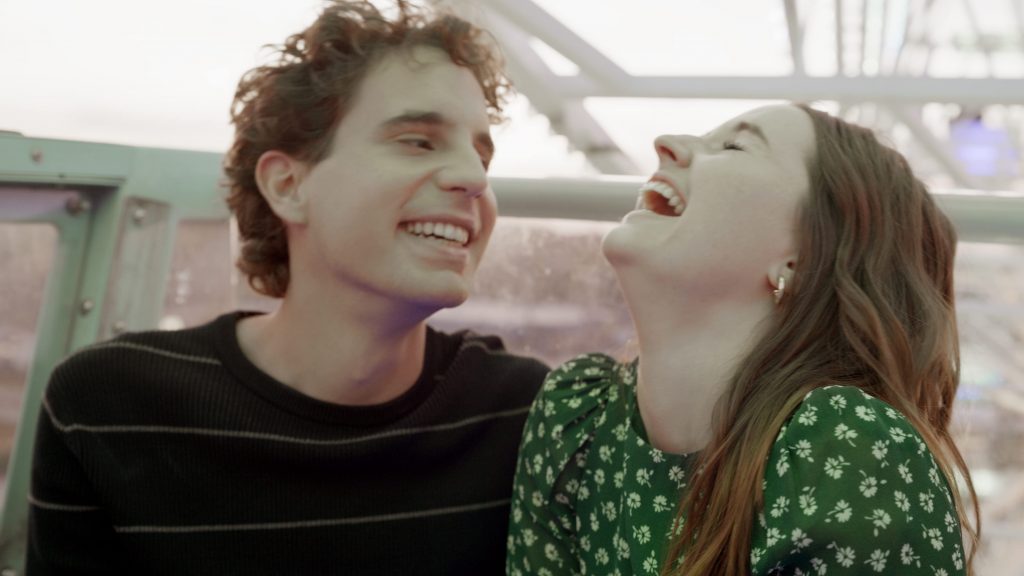 Navigating anything to do with mental health, especially suicide, is hard to do on screen. Shows like 13 Reasons Why have butchered it in the past, and we now approach it all with caution. But Dear Evan Hansen manages to tackle it with care thanks to its layered approach.

We never really know what leads Connor to take his own life, but from what we see, we can tell that it must have been a harrowing journey for him. As tough as it is to watch, this is not his story. Instead, it’s the story of how people react to tragedies when things could have been done to prevent them. While he spends little time on screen and even less time singing or speaking like the rest of his cast, it’s worth noting that actor Colton Ryan is phenomenal at what he’s given. Ryan was previously the standby for various roles on the broadway show, and we’re happy to see his journey with the characters grow. 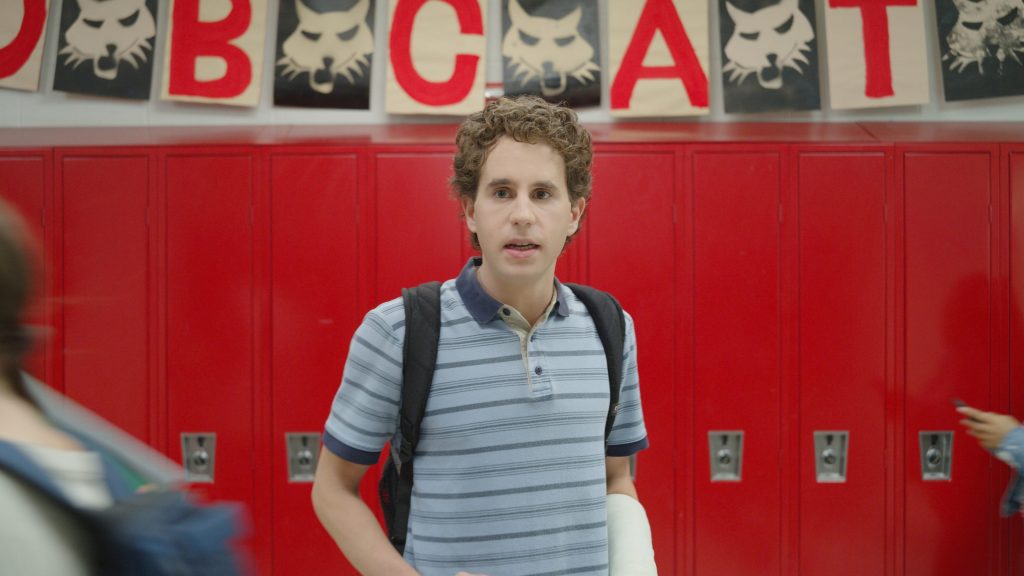 The prevailing theme of the film is that we need to do better for people living with mental illness, substance use problems, and those who need a friend. Amandla Stenberg’s Alana Beck is the greatest voice for this. She immediately realizes that she could have acted stronger on her desires for friendship with Connor and responds to his death with advocacy.

Supporting characters in the film genuinely become the heart of the story as we watch grief take over. And as anyone who has dealt with it in their own life can attest, grief manifests in different ways. Kaitlyn Dever is a standout in the film, playing Connor’s sister Zoe. She struggles to comprehend how to feel when the brother that she almost hated is suddenly gone. Amy Adams shines as Cynthia, the mother of the deceased, who is going through the unspeakable. And step-father Larry (Danny Pino) is a subtle display of trying to hold everything together.

Evan Hansen is not and has not been a likable character. He uses somebody else’s tragic story to develop his own, and nobody should have to die for you to feel whole. But if you’re able to watch the film and understand that you don’t need to root for him, and instead look at it as a unique story about what we need to learn before it’s too late, then it’s a success. Director Stephen Chbosky shows a desire for deep discussions on these topics, as shared in his previous works like The Perks of Being a Wallflower.

I Won’t Lie Like Evan Hansen – This Movie Deserves More 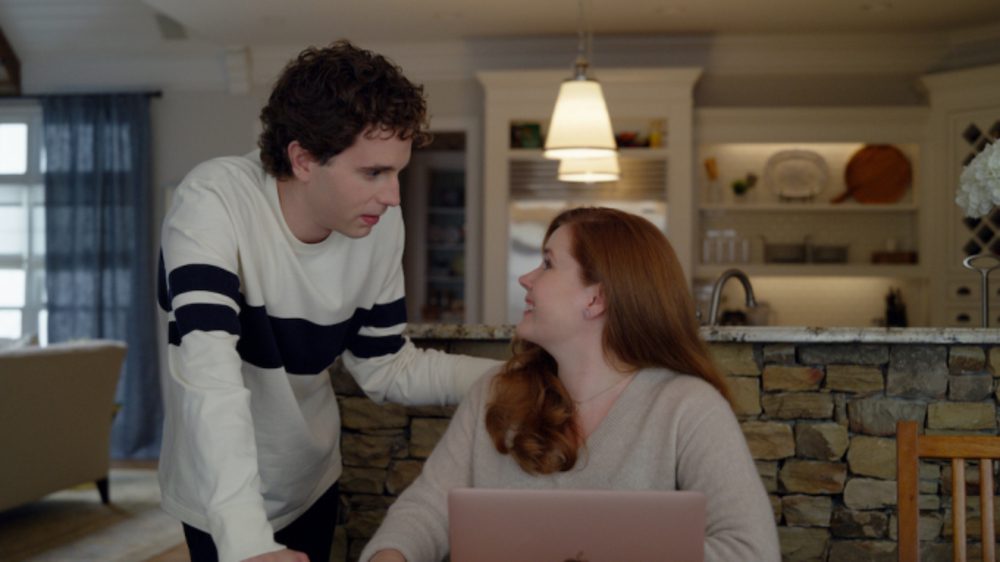 As explained in our review of Dear Evan Hansen, this is not a film without its flaws. While it does make me ache for tickets to its Broadway run and to view the movie in an alternate reality where a newcomer plays the lead, it also left me crying at its tender moments, thinking about my high school days, and wishing that musicals were more popular.

Readers, do you agree with our review of Dear Evan Hansen? Let us know your thoughts in the comments.