DC Fandome Black Adam Panel Reveals The Justice Society (But Not Of America?) 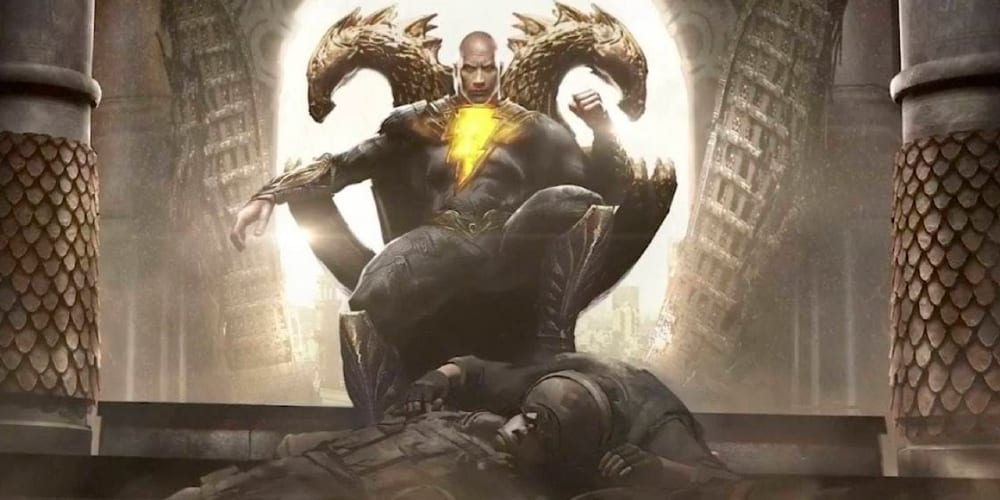 During the DC Fandome, The Rock finally got to talk about a movie he’s been developing with Warner Bros and DC Comics for ten years: Black Adam. Ever since Warner announced the Rock’s casting, Black Adam quickly became one of the most anticipated movies from the DCeU. We all thought we’d get a glimpse at him during the Shazam! solo movie, but sadly, that didn’t happen. We did get Mister Mind, though, so it was still a win. Dwayne Johnson had a lot to say, including the reveal of actor Noah Centineo as Atom Smasher—a superhero who can grow to the size of skyscrapers. But Atom Smasher isn’t the only hero joining Black Adam. 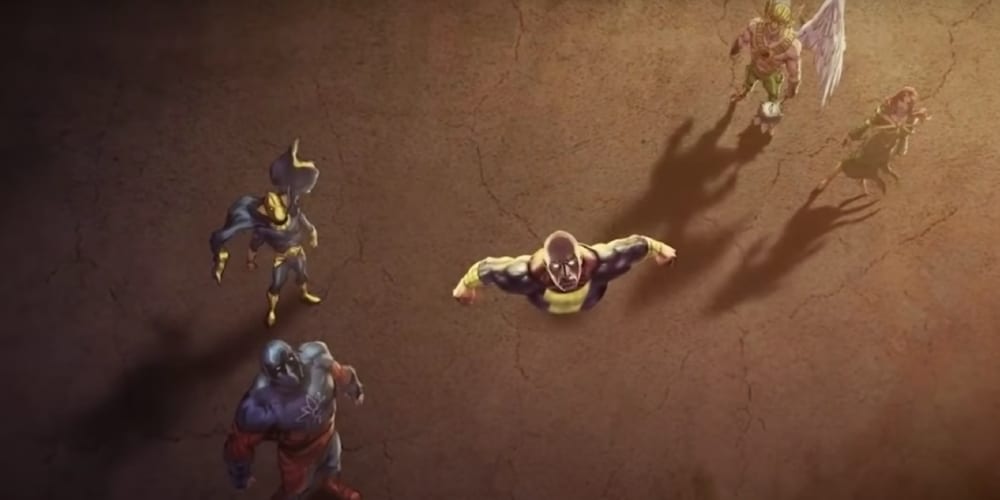 After claiming that he didn’t want to reveal too much, The Rock went on to reveal a remarkable amount—mainly, an iteration of the Justice Society team. Even though he said people were asking about the “Justice Society of America,” Johnson referred to them only as the “Justice Society” for the rest of the DC Fandome Black Adam panel. It makes sense…Black Adam isn’t from America, and Justice League also dropped the “of America” too. It does work better, not just to make it more global, but as better team names too.

So, who are we getting? First, two classic members, Hawkman and Doctor Fate. These are two powerful characters in their own right, and yet Black Adam is still more powerful. The other two members are “new recruits” to the team: Cyclone, and, of course, Atom Smasher. They’re also very powerful. Black Adam’s role in the Justice Society is simple. He wants to teach them “truth, justice, and the Black Adam Way.” Expect a lot of violence from this one.

The teaser during the DC Fandome Black Adam panel came in two parts, which you can watch below.

I Am Not Okay With This Gets Canceled, And We Are Collectively Not Okay
Interview: God Of High School English Dub Voice Actors

Movies
James Gunn On ‘Swoll Groot’ And How He Is Different From The Old Groot
COMICS
Who Is Brian Bolland? From Judge Dredd To The Killing Joke
Movies
Antonio Banderas Talks About His Return As El Zorro In New Movie
Movies
Marvel Phase 6 Top-Secrets Revealed In A Creative Retreat
Movies
Pom Klementieff Talks About Mantis’ Connections With Star-Lord Revealed In Holiday Special
COMICS
Who is Bill Finger? The Co-Creator And Mastermind Behind Batman