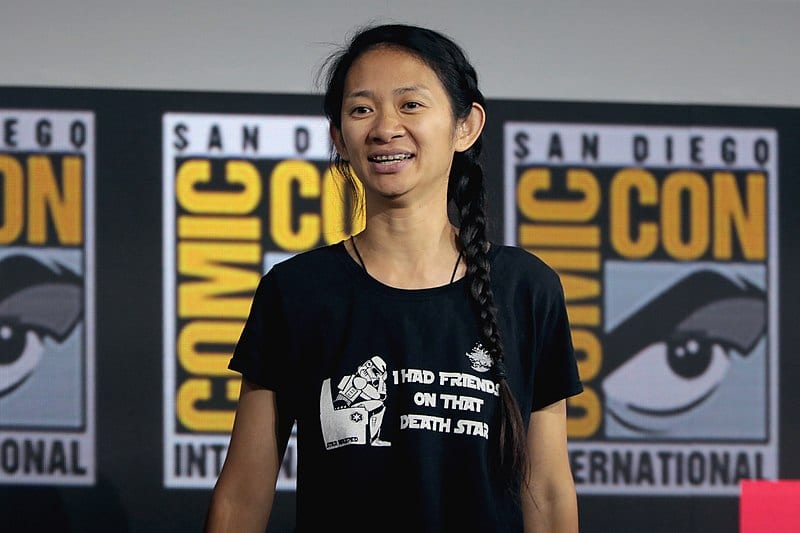 If this were a normal year, we would be deep into Awards Season already. But we all knew that wouldn’t be the case after one of the strangest years in cinema. While we still have a ways to go before big ceremonies like the Oscars and the Golden Globes, among other precursor awards, the Palm Springs International Film Festival has announced a handful of winners. Making history is Chloé Zhao, whose work on Nomadland has earned her the festival’s Director of the Year award.

The Palm Springs International Film Festival made the tough decision to cancel the 2021 edition of the festival. However, they continue to announce winners for some major categories, including Director of the Year. Chloé Zhao is the first woman to win this award. The film that brought her to victory is Nomadland, an intimate and honest portrayal of van life led by actress Frances McDormand’s powerful performance.

We have been paying special attention to the history (or lack thereof) of female filmmaking lately. Particularly how they have shown beautiful pieces of film and are often snubbed when awards season comes and avoided when new projects are coming up. So, Chloé Zhao’s win is not just a reason to celebrate, but a signal that change could be coming.

We won’t know who is nominated for an Oscar this year until mid-March. After this win by Chloé Zhao, though? We won’t be surprised if her name pops up on the list of Best Director nominations. If she is nominated, she will be the sixth woman in history to earn a nod, following Greta Gerwig for 2017’s Lady Bird. There is also some chatter surrounding Emerald Fennell’s work on Promising Young Woman, so we might even make history with two female nominations!

Eager to see what all the fuss is about when it comes to Director of the Year, Chloé Zhao? You can check out our review for Nomadland and decide if it’s worth your time when it releases in theaters in February.