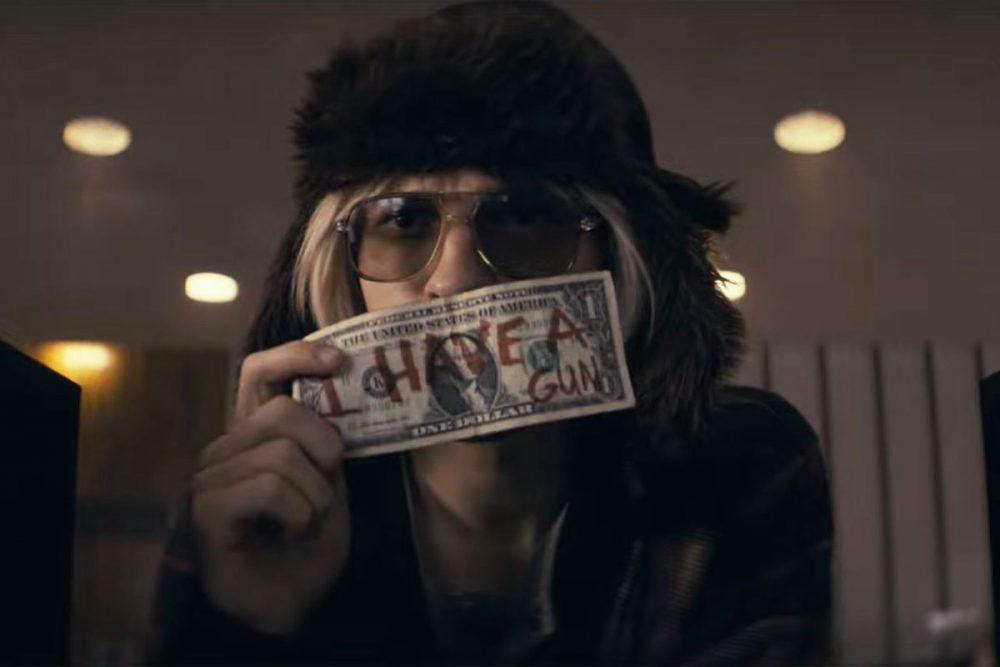 The Russo Brothers have had quite the career. From directing various episodes of Community to launching into the MCU in full-force with Captain America: The Winter Soldier, this duo has proven themselves time and time again. After their incredibly successful Avengers: Endgame release, fans expected their superhero follow-up to be equally exciting. And so, Cherry was put in the line-up. Borrowing Tom Holland from Marvel, the brothers change routes and aim for something more gritty and heartfelt. But do they manage to achieve it with the expected level of success? We’ll take a look at how this film falls, despite a few chances at stable footing, in this review of Cherry.

Cherry Review – Who Is This For?

Cherry follows Tom Holland’s Cherry as he navigates love, loss, and addiction. After a whirlwind start to his relationship with Ciara Bravo’s Emily, Cherry finds himself enlisting in the army to fight in Iraq. Thanks to unfortunate timing, his service begins after reuniting with and marrying Emily before taking the trip. His period of post-wedding bliss is instead filled with witnessing horror after horror while in the army.

Unsurprisingly, Cherry’s experiences send him back to America a completely different man. His PTSD encourages him to start taking OxyContin, and he and Ciara both stumble into an abyss of addiction. The rabbit hole only goes deeper, and he must start robbing banks to provide for their safety and feed their need for substances. The remainder of the film follows his desperate attempts to keep their love alive and provide for the family they have created together.

A Movie Filled With Pieces We Have All Seen

Cherry pulls in pieces of a million stories that we have all seen. The source material is genuine enough to give the film the potential to deliver an inspiring story. Based on Nico Walker, who wrote the book of the same name that the film is based on, this story is an honest account of the desperations of love, the realities of PTSD, and the cruel relationship between substance and user. Though, while the potential to create something great is there, the film manages to stumble at almost every turn.

Where Cherry takes its first missteps is by creating uneven pacing and storytelling. A 141-minute film is more than enough to tell a complete tale, but this film doesn’t know which baskets to put its eggs in. We spend too much time in nearly every moment leading up to Cherry’s eventual tumble into addiction, yet know from the opening scenes where his journey is going to take him. The moments that truly matter are few and far between, but we’re so exhausted by the time that we get to them that they don’t pull the punches needed to land such a crucial message. 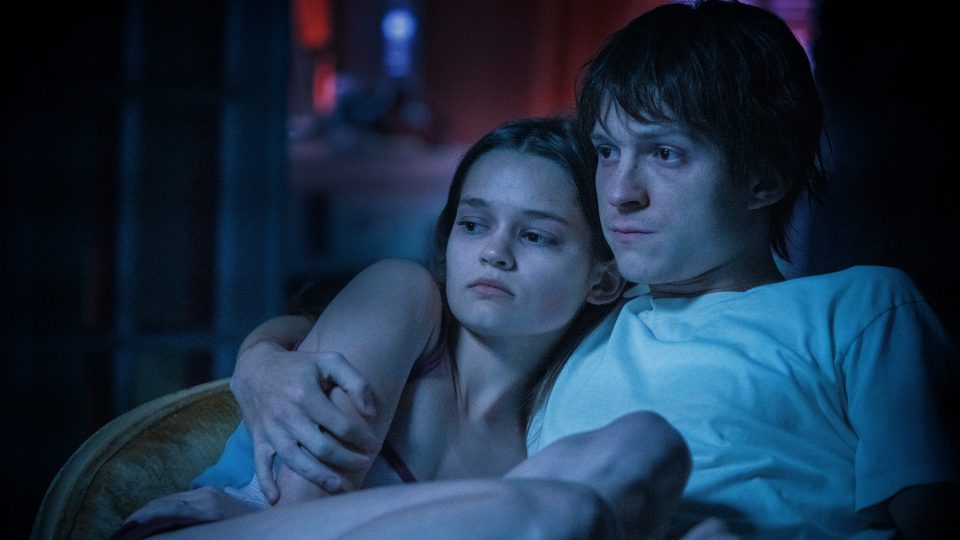 Our Cherry Review Has Found Cinema Trying Too Hard

There was, without a doubt, a lot of pressure on the Russo Brothers to follow up their stint at Marvel with something worth telling. And to give credit where credit is due, they tried. Casting Tom Holland was an excellent choice, as the actor appears equally as willing to give it his all. But this movie suffers from being given too much. There are too many blends of forced artistry within the cinematography, pieces of dialogue that feel meant for poetry, all while being wedged between cheesy attempts at romance and so many scenes to set up the character that we’ve already anticipated.

The Russo Brothers have often relied on their actors’ chemistry to get a good film or television episode. Community, Infinity War, and more have all had strong casts with a natural setting that gives the directors the ability to step back and watch the magic happen. Their attempts to put it all on one character show that their identity lies better with ensemble casts rather than a singular focal point. Discovering their identity as directors beyond a big franchise is something that might take a little bit more time.

Tom Holland Does His Best Despite Hefty Role

Somewhere within all of the chaos and overwhelming attempts at artistry, Cherry has a strong and sweet story about romance, addiction, and human connection. Love is a powerful thing, and sometimes connections can’t be explained by a simple spark of chemistry. This film approaches the desperations that young lovers often face when encountering true emotions for the first time. Unfortunately for Cherry, he has found himself growing up alongside too much trauma to handle.

This film’s benefits are driven by a strong performance by lead Holland, who clearly wants this film to succeed. He tries his best with every scene to leave an impact, which works poorly for the film but favors his acting chops. Clearly eager to leave his friendly neighborhood Spiderman persona to the sidelines, Holland is ready to prove himself. Though, our review for The Devil All The Time might be a better place to go if you want a good Holland film.

We might prefer him in the suit, though. Image via Marvel Studios

Ultimately, our review of Cherry is that it falls flat. Fans of Holland or the Russo Brothers might prefer to spend their time watching something else made by the stars. Despite our complaints, the film isn’t a complete waste of time, especially as a lengthy Apple TV+ film to stream while we wait for theaters to open back up.

Readers, do you agree with our review of Cherry? Let us know your thoughts in the comments!