In 2017, New York Times reporters Megan Twohey and Jodi Kantor broke the Harvey Weinstein sex scandal report, causing the fall of Weinstein’s Miramax empire and kicking off the start of the viral hashtag #MeToo thanks to Alyssa Milano (the phrase “Me Too” was first used by Tarana Burke in 2006 to empower women through empathy, especially young and vulnerable women). Twohey and Kantor are now getting the Hollywood treatment as it’s been announced that Carey Mulligan and Zoe Kazan are in talks to portray the reporters for She Said, a new drama based on the New York Times bestseller She Said: Breaking the Sexual Harassment Story That Helped Ignite a Movement from Universal Pictures.

If you’ve been sexually harassed or assaulted write ‘me too’ as a reply to this tweet. pic.twitter.com/k2oeCiUf9n

October 5, 2017 was the day that Twohey and Kantor released decades of sexual harassment allegations against Weinstein, including accusations of women forced to give him massages and promises to advance careers in exchange for sexual favors. As more in Hollywood came forward and the allegations continued to pile up, The Weinstein Company board decided to fire him and eventually he was found guilty of rape and sentenced to 23 years in prison. The reverberations from the #MeToo movement (and later, the #TimesUp movement) all grew from the investigating that an all-women team of journalists fought to publish, despite threats of litigation and intimidation, so it will be exciting to see the story behind something that continues to affect and change Hollywood for years to come. 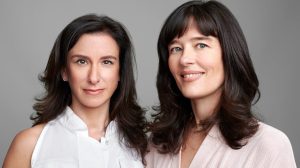 Though Carey Mulligan and Zoe Kazan have never appeared on screen together, their partnership actually started in 2008 when the two co-starred in the Broadway production of The Seagull. Mulligan would later star in Wildlife, which Kazan co-wrote and produced. Both have been very busy, with Mulligan coming off her critically-acclaimed performance in Promising Young Woman. She’s currently filming Johan Renck’s Spaceman opposite Adam Sandler before she jumps into She Said and will film Bradley Cooper’s Maestro in 2022.  Kazan recently starred in HBO’s limited series The Plot Against America, and was also seen in the Coen Brothers’ Ballad of Buster Scruggs and Oscar-nominated The Big Sick.

Universal Studio Chair Donna Langley has been a vocal voice in pushing for more female fronted projects and given the female starpower working on She Said, it makes sense that this project got the go-ahead. Despite more female representation though, a female filmmaking study from 2020 shows that not enough progress is being made. She Said is a step in the right direction though.

The film is set to begin production this summer and will be directed by Unorthodox director Maria Schrader and Oscar-winner Rebecca Lenkiewicz penning the script. In 2018, Annapurna Pictures and Plan B Entertainment optioned the rights to She Said under their co-production deal. Oscar nominee Megan Ellison will executive produce for Annapurna with Sue Naegle, and Oscar winners Brad Pitt, Dede Gardner and Jeremy Kleiner will produce for Plan B. Universal’s Vice President of Production Lexi Barta will oversee the project for the studio.