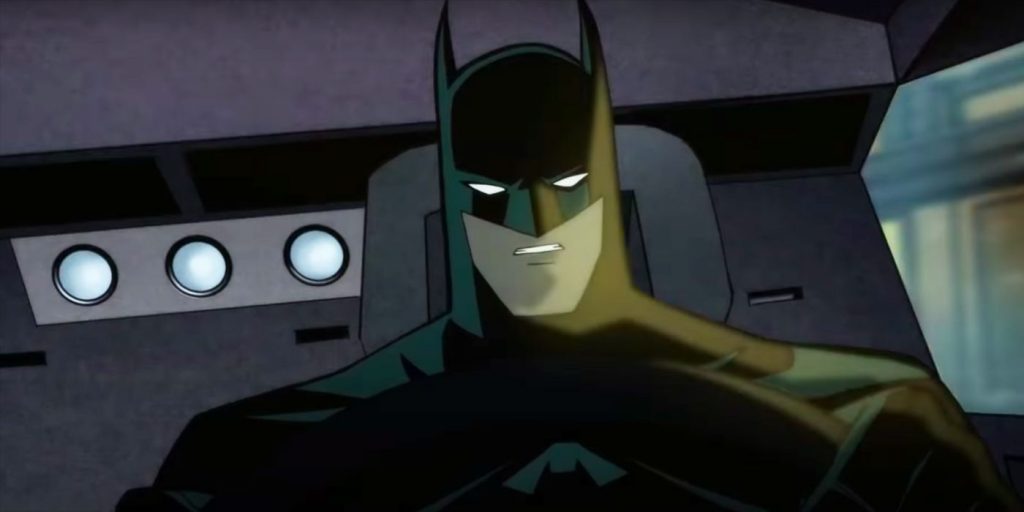 Imagine a killer that only works on holidays. What rules would they follow? All statutory holidays, or just the big ones, like Christmas and Halloween? Personally, I think their greatest odds would be to throw in some of the weird national days in there, too. Like, “World Party Day” (April 3rd), “National Barbershop Quartet Day” (April 11th), or, my personal favorite, “National Grilled Cheese Sandwich Day” (April 12th). I guess we’ll find out the answer in one upcoming animated DC film. A new trailer for Batman The Long Halloween, Part 1  has arrived, and we’re already waiting in anticipation.

Take a look at the trailer for Batman The Long Halloween, Part 1 below!

Death and destruction in Gotham isn’t anything new. However, when a murder occurs on Halloween night, Batman knows that something needs to be done. Is this murder the work of the Falcone Crime Family, or is it something more? This question is answered slowly when more murders start to pop up on Thanksgiving and Christmas, (bat) signaling that something big is going on.

The film is based on the thirteen-issue comic series Batman: The Long Halloween published from 1996 to 1997. The original comics were written by Jeph Loeb, with artwork by Tim Sale.

Jensen Ackles (Supernatural) returns to the DC Universe in the role of Batman for the film. He is joined by Josh Duhamel (as Harvey Dent), Billy Burke (as James Gordon), Troy Baker (as Joker), and more. Notably, Naya Rivera will be voicing Catwoman/Selina Kyle. Rivera tragically passed away in 2020, and so this will be one of our last chances to hear her on screen.

Part One of Batman The Long Halloween will release on June 22, 2021. If Batman thinks that Halloween starts on June 22nd, then we guess it will be a long one. At least it’s not as far away as the release date for The Batman, which continues to face pushbacks due to the coronavirus pandemic.

Readers, what do you think about the new trailer for Batman The Long Halloween? Let us know your thoughts in the comments!