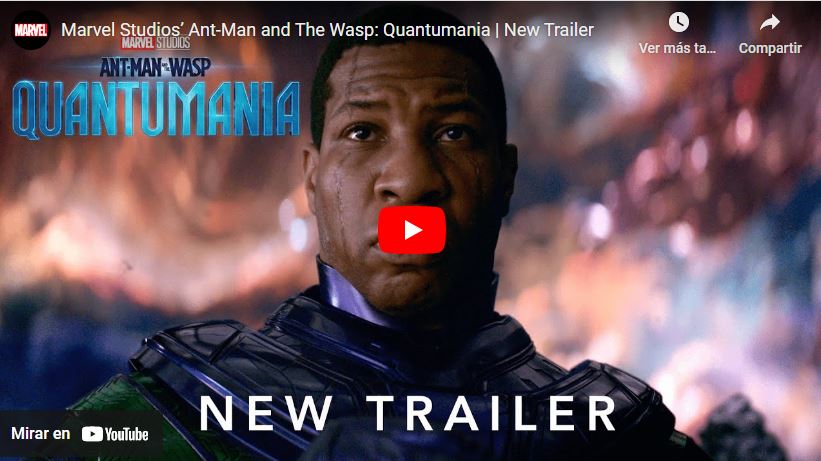 The trailer for Ant-Man 3, the film that will open Phase V of the MCU, has just been released. It’s only a month away until we see our heroes in action again, and they won’t be facing just any villain. This time they will have their first round against Kang the Conqueror.

In the first trailer, we saw that the villain will force the group of heroes to get an artifact for him. To do this he will use Cassey Lang, Scott’s daughter as a hostage to get them what they want. All this action takes place in the Quantum Realm, due to an incident with a machine Cassey developed.

The Marvel team is putting their best effort to push this movie forward. To that end, it released a new poster and trailer for the film today. The new trailer for Ant-Man 3 is awesome, and let’s break it down. 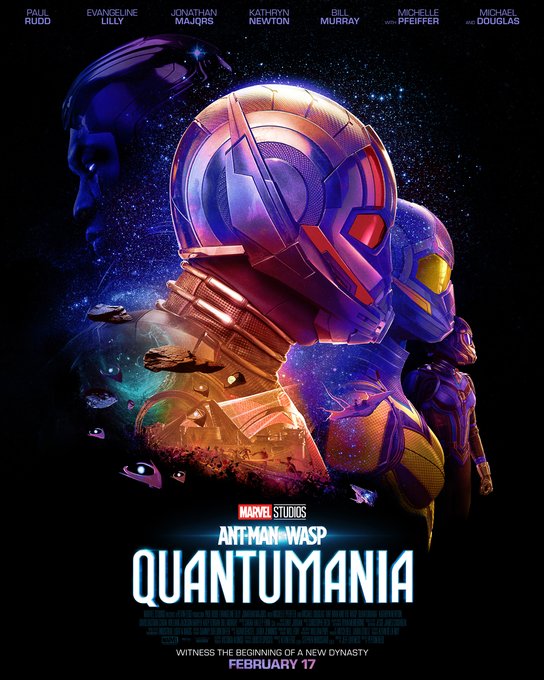 In this new trailer, we see how Ant-Man enjoys fame and popularity. However, he is estranged from his daughter Cassie, who we see getting out of jail. Moreover, the girl seems more interested in fame and experiments than in her father.

When Cassie tries to send a message to the Quantum Realm, Kang detects it and absorbs her, or so it seems. Ant-Man encounters a version of Kang when he goes out to find her. If you don’t know who this character is, here is a complete guide to Kang The Conqueror. Both characters come to an agreement, which from the tone seems more like a deal with the devil.

On the other hand, mother Janet Van Dyne, the former Wasp played by Michelle Pfeiffer, intervenes. This character spent a lot of time in the Quantum Realm and knows its dangers. She is also wary of Kang, and warns Scott of the danger of associating with him. In Ant-Man 3 trailer we see how Scott and Kang play with timelines, endangering the universe.

We saw very interesting in the trailer is Kang’s classic armor, which we saw in the comics. Let’s remember that Kang is a human, and his armor is his only protection. We will see a hand-to-hand confrontation between this villain and Scott Lang in Ant-Man 3.

In previous spots, he said, “If you think I’m evil, you better not meet my other versions.” This hints that there are other versions of the character. However, it leaves in doubt whether it is the evil version or the one that helps them Ant-Man. It is worth mentioning that in the comics, two versions help The Avengers. One is a more adult edition than this one, and another obeys the orders of the Guardians, some dimensional beings.

This trailer and the poster are part of Marvel’s marketing strategy to promote Ant-Man 3. As for the new image of the production, we see Cassey, Hope and Scott in their suits, ready for battle. In the background we see the image of Kang the Conqueror, with the phrase the beginning of a dynasty. 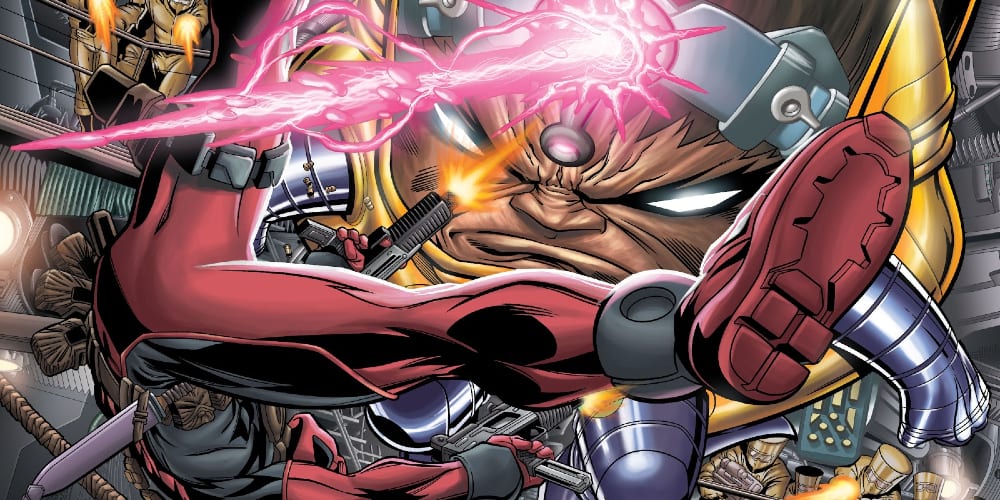 After the release of Ant-Man 3 trailer, many fans are wondering who MODOK is. We must go to the Marvel comics to find out who this big-headed character is. Also written as M.O.D.O.K.; acronym for Mental/Mobile/Mechanized Organism Designed Only for Killing). This is an Advanced Idea Mechanics (A.I.M.) employee who is subjected to experiments to increase his intelligence. This manipulation makes his head grow disproportionately, as seen in the Ant-Man 3 trailer.

In this film, MODOK will be Darren Cross, who we saw as Yellowjacket in Ant-Man (2015). We don’t quite know how this villain came to become MODOK. What we do know is that he will hold a lot of grudge towards Scott Lang, and will try to get revenge. Ant-Man 3 has a difficult task: translating a character as complicated as MODOK to the big screen. His exaggerated features are difficult to translate to live-action, and even more, coming from a character we already saw in Ant-Man. 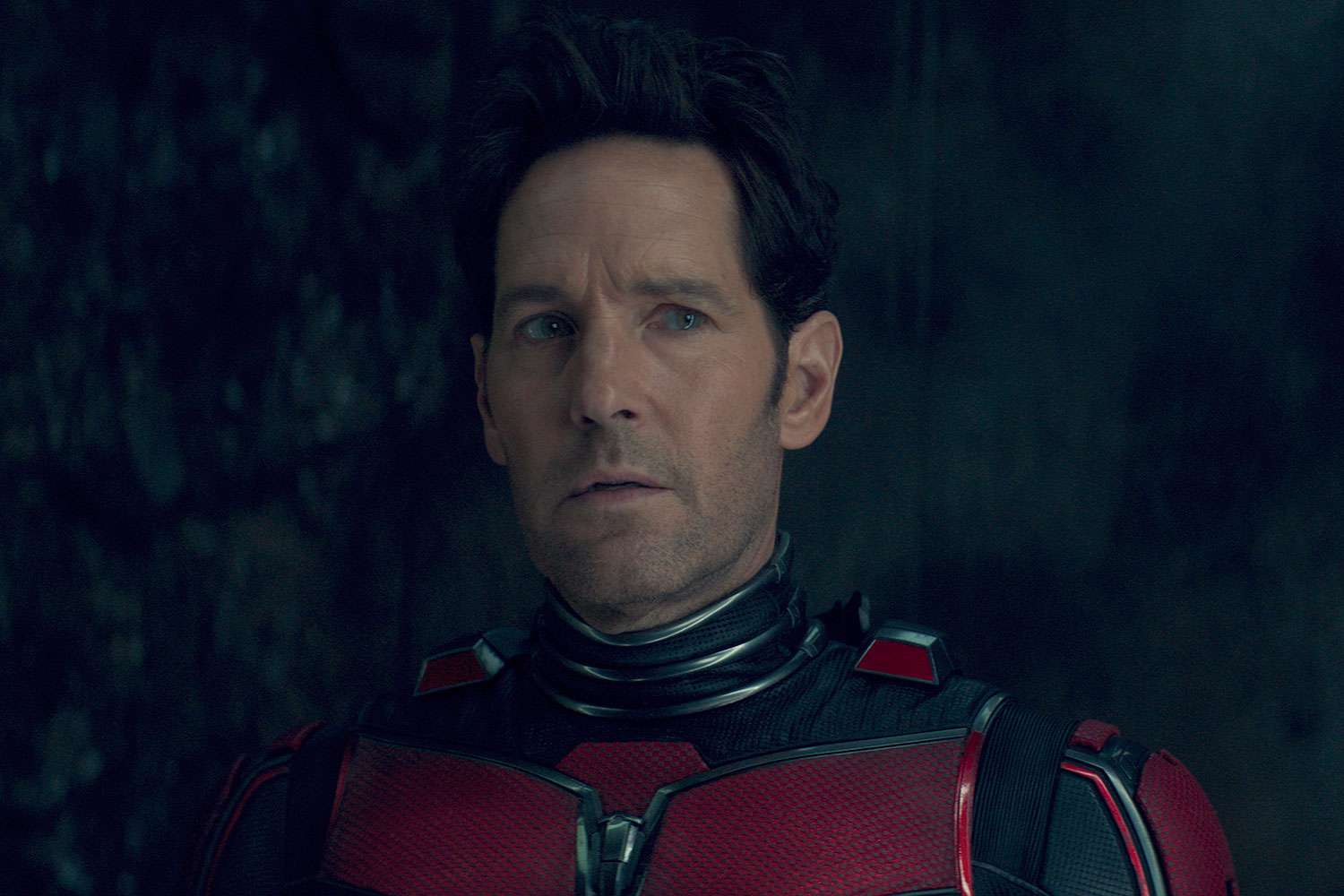 As for the end of the Ant-Man 3 trailer, we see how Kang breaks Scott’s helmet. Our superhero is fearless, determined to sacrifice himself to save his daughter, Cassie. This outcome may be the end of the character, the death of Ant-Man, making way for Cassie Lang as his successor.

As for the cast of this production, we have Kathryn Newton who will play the role of Cassey, Evangeline Lilly will portray Hope / Wasp, Paul Rudd as Scott Lang, Michelle Pfeiffer as Janet, Michael Douglas as Dr. Pym, Jonathan Majors as Kang the Conqueror. We will also see the return of Samuel Jackson as Nick Fury and Bill Murray will play Krylar Bill Murray.

Ant-Man 3 will hit theaters on February 17, 2023, and will be the character’s longest movie to date.

Marvel Presents The Best Disney TV Shows Episodes Of 2022
Who Is Hawkeye, A Full Guide Inside Marvel’s Greatest Marksman