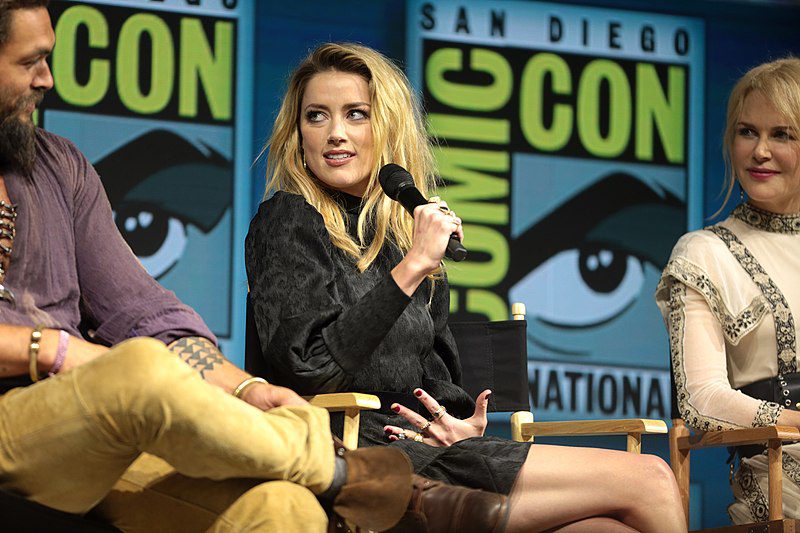 Films in the DC Extended Universe have been popping up in the news a lot as of late. While a good chunk of fans are eagerly awaiting and discussing the upcoming Snyder Cut of Justice League, other fans have continued to voice their opinions on Amber Heard’s job security as the actress behind Mera. This follows a long and continuing legal battle between her and ex-husband Johnny Depp. A report claimed over the weekend that reported Amber Heard had been fired from Aquaman 2. However, this news has yet to be verified by Warner Bros. So, has she been fired? Or does the actress remain on the call sheet?

Has Amber Heard Been Fired From Aquaman?

The legal battle between Amber Heard and Johnny Depp has been ongoing since their divorce in 2017. Most recently, Depp lost a libel case against The Sun after they accused him of being a “wife-beater.” Following this news, the actor was dropped by Warner Bros., turning over his role as Grindelwald to Mads Mikkelsen for Fantastic Beasts 3. News of the replacement angered many of Depp’s fans, as they insisted that Amber Heard receive the same treatment and be fired from the DCEU.

Various rumors surrounding Heard’s firing from Aquaman 2 continue to make headlines. A specious report from Yahoo India claims this is due to her not following contracts requiring her to pass specific and strict physical examinations. This was picked up by an Australian tabloid citing a ‘source’ that makes myriad (possibly defamatory) claims that she’s out of shape and drinks too much alcohol.

A report from Forbes.com published in December says that Emilia Clarke is set to replace the actress as Mera, a dream casting choice for many following her role alongside fellow Aquaman lead Jason Momoa in Game of Thrones. Recently posted to Reddit by DCEU obsessives, this is presented as more ‘evidence’ that she’s been let go from the sequel. Despite these various reports, no official sources have confirmed whether Amber Heard has been officially fired from Aquaman 2. In fact, Ryan Parker of The Hollywood Reporter, says that there is not a shred of truth to these rumors.

Told by a reliable source that reports of Amber Heard being fired off 'Aquaman 2' are inaccurate.

Could Heard Step Down?

Regardless of the rumors, Amber Heard appears to remain eager in regards to returning to the role. As recently as November 2020, Heard said that she continues to be excited by the “amount of fan love” and “fan appreciation” and can’t wait to come back. At the time of this writing, the ongoing petition to fire Heard from the film has a whopping 1,826,822 signatures and counting. Like with Depp and Fantastic Beasts, there appears to be a fan-driven campaign to remove her from the film.

One so-called “insider” put forward a theory alleging just that. He claimed the studio floated the idea to the press hoping Heard would choose to resign before filming begins. This way the studio could see if thousands of ticket-buyers support the decision or if they would face backlash. It’s also, essentially, how they handled Depp, whose statement suggested he agreed to resign rather than forcing a firing. However, the so-called reporter who made this claim since tweeted a statement walking it back. (Editor’s Note: Because of the pattern of unreliability and past toxic comments from this writer, Comic Years elects not to name him.)

As of now, there is no truly credible reason to suspect Amber Heard has been fired from Aquaman 2. Regardless of if the news is true, we’re certain that the film has a long uphill battle when it comes to pleasing fans. As soon as confirmation one way or another comes out, you can trust that Comic Years will let you know the truth.

Readers, do you think that Amber Heard will be fired from Aquaman 2? We want to hear your thoughts, so drop them in the comments!

2021 Golden Globes Winners, Surprises, And How Weird Was This Ceremony Anyway?
New HBO Max Shows and Movies in March 2021