Home » Movies » A Beautiful Day in the Neighborhood: A Mister Rogers Character Study

A Beautiful Day in the Neighborhood: A Mister Rogers Character Study 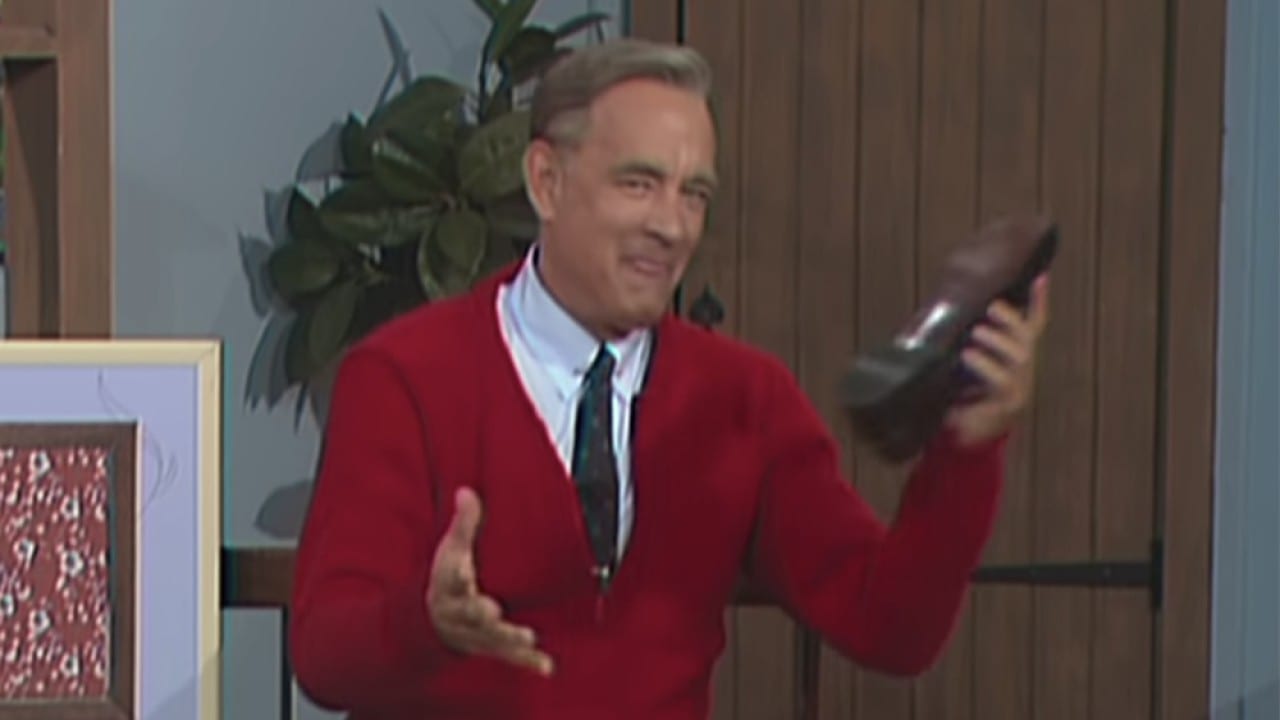 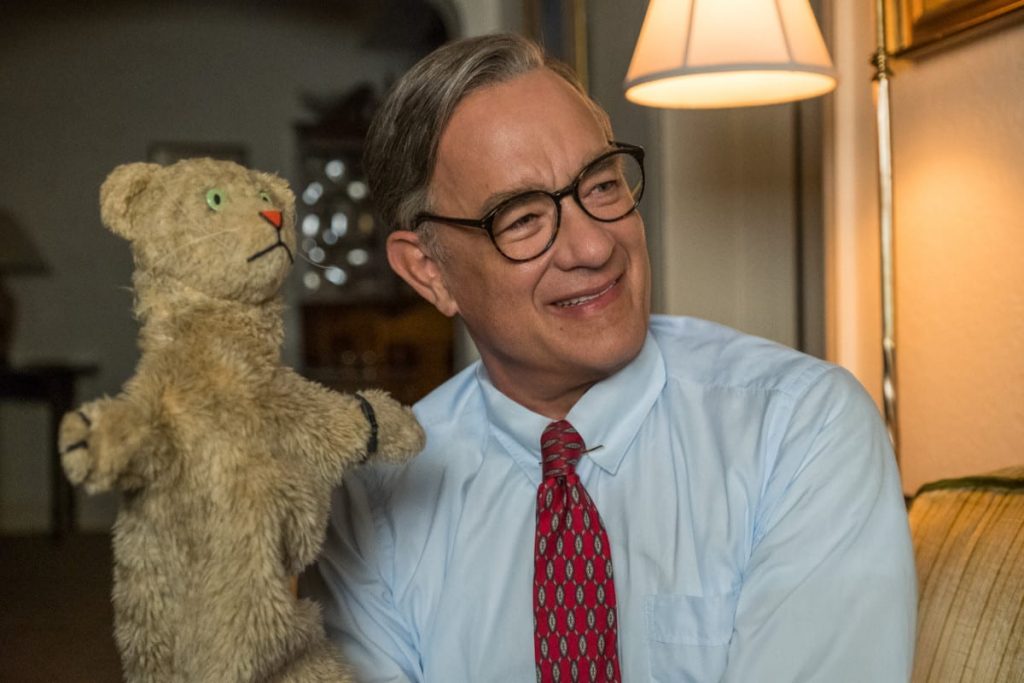 Last year, we had the brilliant documentary Won’t You Be My Neighbor, which explored the life and career of the legendary television host. When the Tom Hanks-staring A Beautiful Day in the Neighborhood was announced, it seemed like it would be a redundant Mister Rogers movie. But the documentary is why we didn’t need a biopic. As far as documentaries go, it’s perfect. By the end, you feel like you are part of Mister Rogers’ family. Tom Hanks, as good as he might be, would never be able to make us connect with Fred Rogers as much as that documentary did. 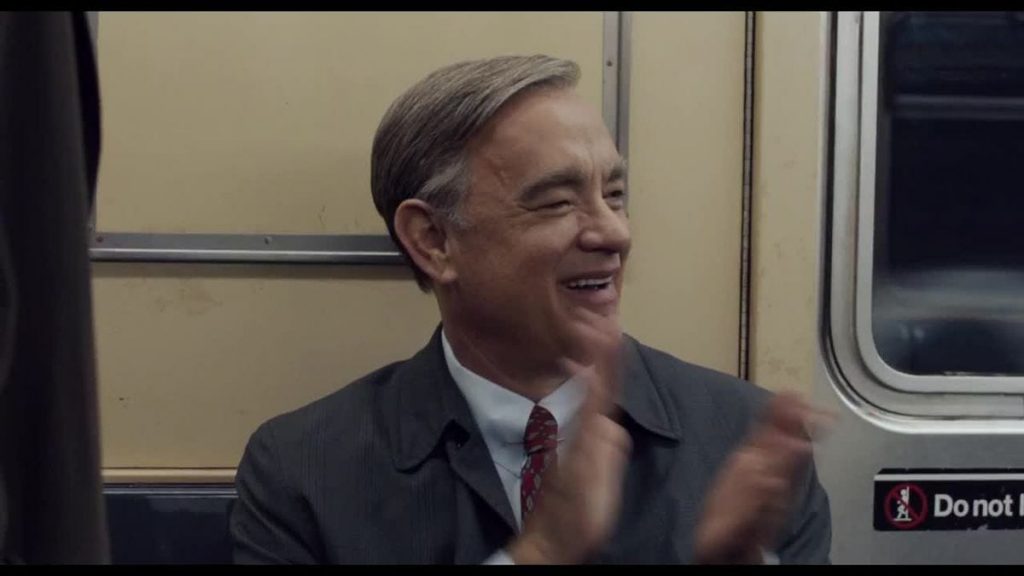 As A Beautiful Day in the Neighborhood starts, Tom Hanks is doing the traditional Mister Rogers opening, and we think this is just the start of the movie, but it turns out to be something different. He’s actually breaking the fourth wall, talking to us, and he wants to tell us about his angry, sad friend, Lloyd Vogel, the reporter who interviews him. This isn’t the only time director Marielle Heller bends the fourth wall. All scene transitions in Beautiful Day are designed to look like the puppet world of Mister Rogers. This has a strange effect. It’s how Rogers sees Vogel’s life. He’s another angry child, in his heart, that needs the show to learn how to deal with his emotions.

There’s also a scene where Rogers asks Vogel to “think about everyone that loved you into being.” During this scene, Hanks stares directly into the camera—straight at us. This is something the real Mister Rogers often said, usually when he accepted awards. He’d ask for ten seconds of silence and ask the audience, usually celebrities, to remember those who loved them into being. The message in the film is clear and just as moving. We loved Mister Rogers into being. Try not to be moved by that!

We Still Have More to Learn from Mister Rogers

When A Beautiful Day in the Neighborhood ends, we’re left not with the words of Rogers, but the impact. This is a warning—when you leave the theater, you will want to call and forgive everyone in your life. Rogers might be guiding Vogel through his emotions, but it’s hard not to feel like Vogel (thanks in part to Matthew Rhys’ performance) during the movie. His journey is painful, but we’ve all had painful journeys in our own way, and though it’s easy to distrust Mr. Rogers at first (really, who is that nice?!), we do need the kind of push that Rogers gives Vogel.

A Beautiful Day in the Neighborhood is a beautiful experience. Just allow yourself to cry—pretty much everyone in the theater was.