Your Complete List Of The 2021 Oscar Nominations - Comic Years

Home » Movies » Your Complete List Of The 2021 Oscar Nominations 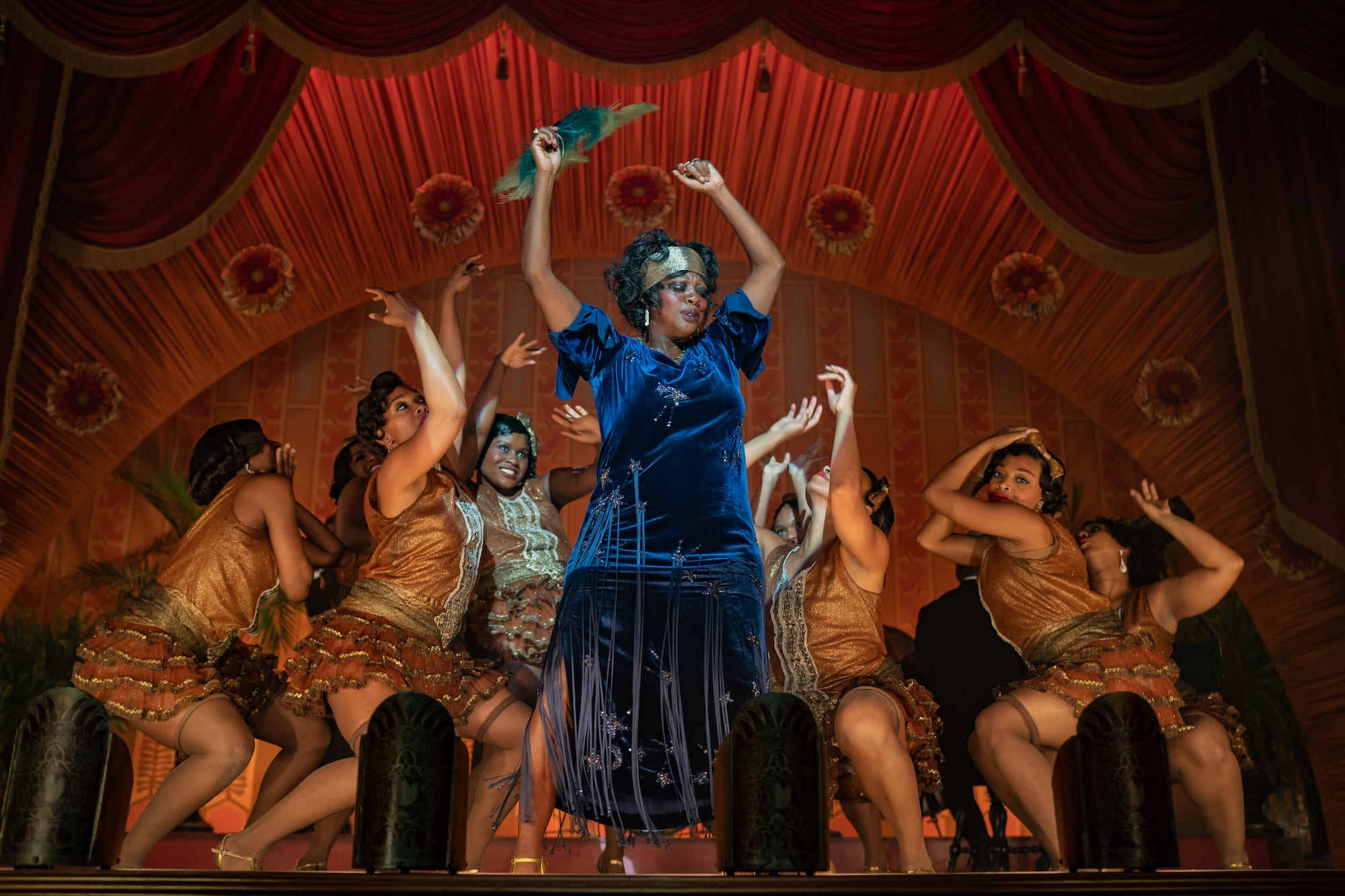 The past year has been one of the most unexpected and intriguing landscapes for cinema in history. The ongoing coronavirus pandemic has pushed back release dates, forced premieres out of the theatre, and made streaming services the go-to place for Oscar-bait films. So, there has always been a question mark next to the next Academy Awards. Would Birds of Prey or Sonic The Hedgehog get nominated thanks to a lack of competition? Would the ceremony even happen? Well, a delay and some rules for contention later, we finally have something to celebrate. Here is your complete list of the 2021 Oscar nominations, along with our thoughts and predictions!

The fight for Best Picture is the most competitive of the year and the largest category. This crop of nominations is one of the most diverse in the history of the Academy Awards, from subject matter to the people behind it. Nomadland has picked up a lot of steam throughout the awards circuit, but we’d be happy to see Promisng Young Woman take it, too.

This is the first time in history that two women have been nominated at the same time for Best Directing. While Lee Isaac Chung and Thomas Vinterberg surprised us, Fincher was almost a lock for a nomination. However, based on other award shows this season and the flawless job she does at portraying the nomadic lifestyle, Chloé Zhao might become the second woman to win an oscar.

This category is often one of the most competitive. Each of the above nominees portrayed their characters in different, unique, and breathtaking ways. And, to be honest, we’d be happy to see any of them take home the prize. While Davis might seem like a big contender, her role as Ma Rainey didn’t feel like a leading role, but rather a back seat to Boseman’s. It may be McDormand’s to lose, but seeing as she won so recently for Three Billboards Outside Ebbing, Missouri, we might see Mulligan take it.

This category is filled with surprises and powerhouses. While the greats like Anthony Hopkins and Gary Oldman are here to compete, we expect them to take a backseat to the newcomers and the fantastic, late Chadwick Boseman. The death of Boseman last year adds another layer of complexity to this category, as his performance is only more heartbreaking when you consider the circumstances behind it being filmed. We’d be thrilled to see him win posthumously. Though Riz Ahmed makes for some strong competition, and we’re especially happy to see him up there as he is the first Muslim to be nominated in this category. Steven Yeun has also made history, as he is the first Asian-American man to be nominated for a leading role.

Best Actress in a Supporting Role

This category is equally tough to predict, as precursors have been going all over the place in who they have awarded. We do anticipate Mank getting something, though, and if anyone deserves it from that film it’s Seyfried, who holds her own against Oldman flawlessly.

Best Actor in a Supporting Role

Judas and the Black Messiah has shown up strong in the 2021 Oscar nominations list. While we would love to see Kaluuya or Stainfield take it home, this kind of double-nomination may split the votes. Back in the 2020 Oscar nominations, Brad Pitt was an obvious winner long before the ceremony. But this year, I wouldn’t place money on anybody.

The Trial of the Chicago 7, where writer and director Aaron Sorkin is nominated, is almost considered a lock for this role. His fast-paced script is more than deserving. Yet, the remaining films on this list are so complex and cover beautiful and heartbreaking topics, so we aren’t so sure how we feel about this category just yet.

Nomadland will likely take this category, which would see Chloé Zhao getting her earned praise.

Judas and the Black Messiah
Mank
News of the World
Nomadland

The Trial of the Chicago 7

Yeah, we think that Nomadland will take it here, too. Mank does make a strong point with its black and white cinematography, but we still aren’t sure of it.

The Trial of the Chicago 7 does a great job at portraying so many characters through its clever and fast-paced editing. We’d be happy to see it win.

Onward
Over the Moon
A Shaun the Sheep Movie: Farmageddon
Soul
Wolfwalkers

All of the films on this list are special for different reasons. Soul and Onward both tackled incredibly intimate and mature themes for animated features, but we think that Soul will ultimately take the win.

This category is great at inspiring people to watch more animated shorts. I, for one, know that I have to catch up on watching the entire list. Though, based on word-of-mouth, I wouldn’t be surprised to see If Anything Happens I Love You win.

Another category that reminds people of the beauty of short films, this category will be tough to tell.

Another Round
Better Days
Collective
The Man Who Sold His Skin
Quo Vadis, Aida?

Another Round surprised us in the directing category, so we hope to see it win something here.

Time has been generating a lot of buzz on the award list scene since before the 2021 Oscar nominations were released, so we might take that bet.

How can we learn a lot through an art form in very little time? Well, with a short subject documentary, of course! This category is often hard to predict, but we’ll be re-watching them all before making any serious predictions.

Soul is a film that thrives on music as a landscape, but Da 5 Bloods has been largely undervalued at this awards show. It could go either way.

“Fight For You,” Judas and the Black Messiah
“Hear My Voice,” The Trial of the Chicago 7
“Husavik,” Eurovision Song Contest: The Story of Fire Saga
“Io Si (Seen),” The Life Ahead
“Speak Now,” One Night in Miami

I can’t begin to express how happy I am that Eurovision Song Contest: The Story of Fire Saga is now an Oscar-nominated film. Still, we think that “JaJa Ding Dong” should have been nominated.

Greyhound
Mank
News of the World
Soul
Sound of Metal

Note that this is the first year to combine sound mixing and sound editing, and we aren’t surprised considering how hard it was to understand the difference. Sound of Metal takes a unique approach to the concept of sound in general, and we’d love to see it win.

Ma Rainey’s Black Bottom does well with their costume design. Though, considering how few costumes are shown, we won’t be surprised if it loses. Emma could be our runner-up pick.

Again, Emma or Ma Rainey’s Black Bottom might have it here. This category does often surprise us, though, and Hillbilly Elegy could pull a surprise win.

Ma Rainey’s Black Bottom does a great job at translating a play on the big screen. Mank, however, excels at showing us an old Hollywood, and we think that the category will lean in their favor.

Tenet had high hopes when it first released, and it took big risks in doing so at the height of the pandemic. If it were to win any category in our list of the 2021 Oscar nominations, we think that it should be this one.

Readers, we talk a lot about awards shows over at Comic Years, and that’s because they’re like the Super Bowl of Cinema. Ultimately, films are up for interpretation, and we want to hear what you think deserves to win.

In addition to making our predictions, we also want to take note of the exciting and diverse list of cast and crew members up for consideration for the event. The #OscarsSoWhite is in our recent past, and always risks repeating itself. Recent diversity changes have been made to the show to ensure that it stops happening, and we’re thrilled to see a year where women and BIPOC are getting the nominations that they deserve!

Let us know your thoughts about the upcoming event and our list 2021 Oscar nominations before the big night on April 25th!

The Most Popular TV Shows Based on DC and Marvel Comics
DC Future State Week Seven Has Too Many Cliffhangers, But Beautiful Storytelling