Most people have heard of Stockholm syndrome, the phenomenon of a captive bonding with their captor. However, there’s not really a term for the phenomenon in reverse, when a captor bonds with a captive. But it has to have happened, and that’s the premise behind the 2010 movie Trap.

Wait, What’s The Premise Behind The 2010 Movie Trap?

Alonzo F. Jones, who got his start with an uncredited role in The Shawshank Redemption, stars as Walter. Allen Perada, who’s appeared on shows like 7th Heaven and Criminal Minds, is Franklin. The two men are ex-cons, who stumble onto what they think is a foolproof plan. A mysterious benefactor wants them to hold a girl for ransom. As they don’t even have to do the hardest part–the kidnapping–it seems like a pretty sure bet. Of course, as the old saying goes, the best laid plans often go awry, and go awry their plan does.

One of the guys has decided that the moment he’s undertaking a fraught criminal operation is the perfect time to try fasting. If you’ve ever dieted at least, then you can guess that he’s not in the best mood. That mood doesn’t lighten, by the way, when days go by and there’s no end in sight to this job. Hmm, it’s almost as if they’re captives as much as Tennessee (Ashton Blanchard) is.

Speaking of Tennessee, as those days go by, she begins to bond with the other man. She seems to return his affection, but is it Stockholm syndrome or is she playing at something else? Whatever’s going on, it’s going to cause friction between the two men, especially when it looks like they may have to terminate this job. Termination, incidentally, includes Tennessee, too.

Who Set This Trap?

The 2010 movie Trap is the fourth movie by filmmaker Jason Horton, who’s now going by J. Horton. (Note: Although the Trap trailer refers to it as his third movie, it’s the fourth listed on his IMDB page.) Horton has gone on to direct many things in varied genres after the release of Trap. Some of his other works include comedies like Pastor Shirley and the horror flick Monsters in the Woods.

Trap is a production of Al Gomez Productions, Gas Money Pictures, and Zapruter–no, not Zapruder–Productions.

Constructive Criticism: What The Reviews Said

Reviews for Trap have been almost evenly mixed. Let’s start with the bad news first: the negative reviews. Unlike bad reviews for other low-budget films, Trap‘s bad reviews surprisingly don’t mention the common elements you see. There are few to no complaints about bad sound or the acting, for example.

Instead, the negative reviews focus mostly on the story. Either the dissatisfied viewers thought the story was too slow or they had other issues with the story. Some found the story beats predictable, for instance. Others thought elements of the story were exploitative. Tennessee is supposed to be a teenage girl, after all, so some viewers were uncomfortable with her relationship with her adult kidnapper. Her wardrobe, or lack thereof, also provoked concern. (And on that note, J. Horton has commented as recently as a month before this writing that he would have rewritten those scenes.)

On the other hand, though, are the positive reviews. These viewers didn’t find the movie predictable; in fact, they praised its twists and turns. As for the ending, some viewers loved what they saw as a surprise. However, others, who saw it coming, thought it would have been a more satisfying surprise if it hadn’t happened that way. (No spoilers.)

Trap, the 2010 movie, is available on demand on Roku – sign up and watch it on HorrorMax TV! Can’t get enough horror? Check out our roundup of 21st century horror anthologies.

Join Now For Their Halloween Special For The Month Of October $0.99! 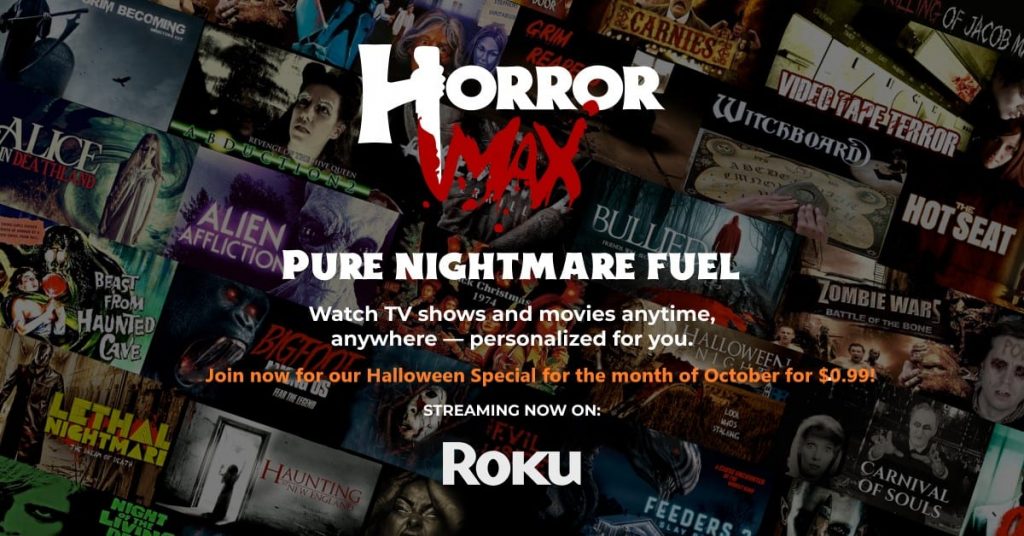