I Just Watched 2001: A Space Odyssey for the First Time: My Reaction

Home » Pop Culture » I Just Watched 2001: A Space Odyssey For The First Time: My Reaction And The Impact Of The Film 51 Years Later

I Just Watched 2001: A Space Odyssey For The First Time: My Reaction And The Impact Of The Film 51 Years Later 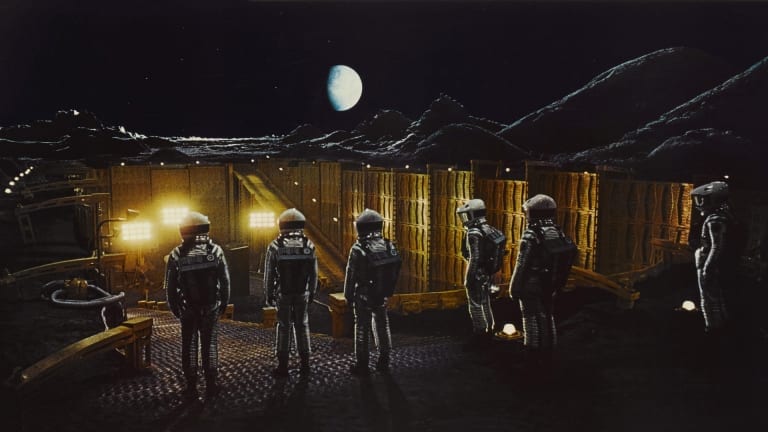 There are films out there that you never have to watch to feel like you know what they’re about. Whether it’s from parodies in other media, or word of mouth, movie-talk spreads. But, no matter how much you think you know about 2001: A Space Odyssey, there’s a good chance that you’re wrong. After spending my years dedicated to watching as many movies as possible, 2001 slipped under my radar. It just never made it to the top of my “To Watch” list. That is until my local cinema did a showing of 2001 as part of a flashback event. Watching 2001 just feels like a cinematic experience in itself. And then, walking out of the theatre, there’s a wave of “What the heck did I just watch?” So, what exactly is 2001: A Space Odyssey aside from director Kubrick’s most influential movie?

I would be hard-pressed to find a Wikipedia page for a movie that’s as long as the one for 2001. This is a movie that begs you to want to find out more. There’s a list of questions a mile long that Kubrick wants you to have post-viewing. But unfortunately, any online reading will show you is that there is no real answer to almost all of those questions. 2001: A Space Odyssey challenges the typical expectations of narrative storytelling. It isn’t entirely sensical, but that’s the point. It’s a visual experience that accepts its oddities and is non-apologetic for being so bizarre. Stanley Kubrick’s goal for this film is to create discussion and spark conversation. While I’d like to be able to adequately explain the film to you – well, I’m sorry Dave. I’m afraid I can’t do that. With that said, let’s have the discussion that Kubrick would want us to. 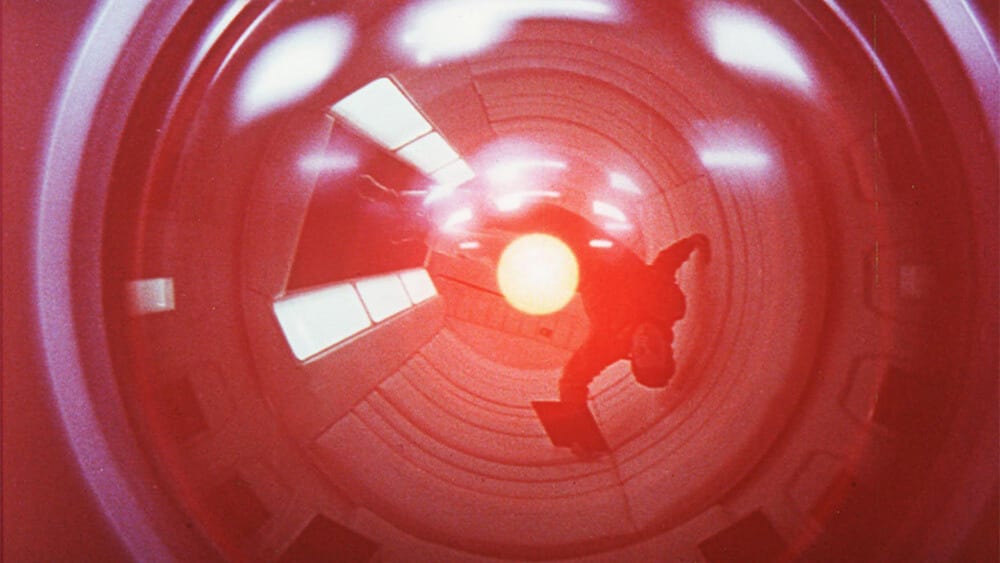 Despite the 1968 release, 2001 is not the earliest film about space. In fact, Le Voyage dans la Lune (translated to the trip in the moon), released in 1902, created space exploration in film. Over the next handful of decades, a desire to fly to a great unknown became more and more popular in cinema. By the time 2001 released, the Outerspace subgenre of science fiction was already quite popular. However, 2001 is considered to be one of the most important works in the genre for it’s pioneering of space exploration. Its visual effects were groundbreaking, and the portrayal of space travel was the most realistic yet, despite being released before man landed on the moon. The popularity of 2001 paved the way for big-budget space movies and inspired directors from film study students everywhere to the greats like Steven Spielberg. 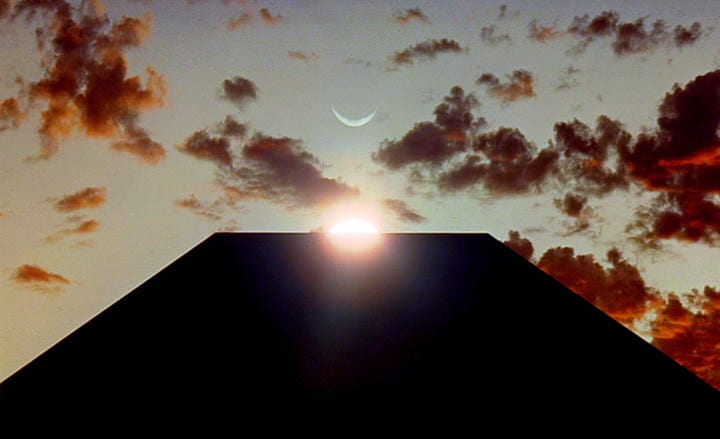 So Why Is 2001: A Space Odyssey So Influential?

There’s no easier way to explain collective thoughts regarding 2001 than by saying that it’s a weird movie. It starts off with a pre-human age of civilization. It ends with a giant baby watching over the world. Despite the uncertainty about the symbolism and interpretations of the film, it can be boiled down into a somewhat comprehensible storyline. An alien Monolith that looks like nothing more than a black statue seems to teach hominids to discover weapons, advancing their society. Years later, space travel is common enough that having a pit-stop on the moon is as common as a layover in O’Hare. The spacecraft “Discovery One” leads a mission to Jupiter for a confidential mission to track down a similar monolith. An AI controlling the spacecraft, HAL 9000 decides to kill everybody on board, except for Dr. David Bowman. Bowman becomes that baby overlooking the world. Simple enough, right?

There’s an equally long page about the interpretations of the film as there is of the movie as a whole. This is because there are so many ways to look at the unraveling of the film’s storyline. What does the baby represent? What is the monolith? Why did HAL do what he did? A consensus seems to be that the monolith is an alien-made tool to advance evolution. So, the monolith helps Bowman reach peak-humanity and discover the ultimate stage of evolution, which is that giant baby. Whether the monolith just speeds it up for one human, or if it was never meant to be discovered, is unclear. Co-writer and general inspiration Arthur C. Clarke has said that he likes to read the ending as a new sort of heaven. The Star Child is Bowman, elevated to a higher level of evolution, which may be the ultimate heaven for future humanity.

Oh, HAL. He’s oftentimes up there on lists of the greatest villains, alongside the likes of Hannibal Lecter and Darth Vader. And sure, he’s responsible for the loss of lives. But he’s an AI. He’s meant to follow a specific set of rules. So, when his programmers ask him to lie about the intent of the mission, he freaks out. His error comes from instability in his intentions. Kubrick defined his breakdown as “an acute emotional crisis because he could not accept evidence of his own fallibility.” He is meant to be the ultimate artificial intelligence, but the monolith proved to be even more all-knowing. He suddenly became the small fish in a massive pond compared to what else is out there. And, so, HAL freaks out a little.

Pop culture may represent HAL as the ultimate villain. He has near unlimited control after all. But, like the astronauts on board, he’s also dealing with the great unknown of space. He’s not ready to give up control or his autonomy, no matter how artificial it may be. So, he may be the antagonist, but that doesn’t have to make him a villain. Even if his monotone voice is the thing of nightmares. And “I’m sorry Dave, I’m afraid I can’t do that” is the spark of many cultural references (and even more nightmares).

What 2001: A Space Odyssey Has Given The World

More recent space films like Ad Astra or Interstellar could never be done if it weren’t for 2001. Even though it was made before significant advances in CGI, its visual effects are stunning. It opened the market for all of the space films of the future and proved that people wanted to see the unseen. An incredible effects team, led by Douglas Trumbull, pioneered things like front projection and in-camera techniques. Massive sets and realistic spacecraft creations blew audiences away. In addition to the visual beauties, Alex North’s score also had a massive impact on the film and its legacy. Kubrick also used already existing classical music compositions for the score, and classics like Strauss’ “Also Sprach Zarathustra” became forever tied to the film.

The United States Library of Congress selected 2001: A Space Odyssey for preservation within the National Film Registry. (There are no films that were made before 2005 that are on the list, with the newest film being Brokeback Mountain). 2001 has been called the greatest film of all time by scholars, critics, and journalists. Co-writer Clarke extended the story into a series of novels, expanding on the events of the film. Though he chose a more traditional narrative structure for the sequels. Marvel made comic books about it. Its cultural legacy is undeniable. Even if you haven’t watched the movie, you still know lines of dialogue or visual imagery just by cultural osmosis.

Did I like 2001: A Space Odyssey? I honestly cannot give a yes or no answer. It’s beautiful, haunting, and clearly memorable. But watching it feels so unlike any other film that it’s hard to put a finger on what it made me feel. I think that the polarization amongst critics and audiences speaks for itself in terms of whether the film even needs to be liked. After some critical reception controversy, the film released posters with the tagline “2001 – The Ultimate Trip”. Anybody who has watched the stargate scene will get this. An audience member was once reported to have run straight through the cinema screen, screaming “It’s God” upon seeing the monolith. Presumably, he was high. Word got out about the trippy-ness of the film, and it wasn’t uncommon to find viewers on some sorts of substances. So, frankly, who cares if people like 2001: A Space Odyssey or not? It’s artistic value and cultural impact make it an indelible part of the culture, like it or not.

Stanley Kubrick Made A Film People Will Watch Forever

If you’ve seen references to the film, don’t worry about having the film spoiled for you. You really can’t prepare for what you’re about to see. While it seems that the newest generation of movie-goers isn’t flocking to cinemas to watch this, that doesn’t mean that it doesn’t remain popular. In fact, I bet that if Netflix were to add this to their libraries, thousands of teenagers would “discover” it and start asking their parents if they’d ever heard of it. And that’s a great thing. A cultural legacy like 2001: A Space Odyssey deserves to be re-discovered any time it seems to start falling off of everyone’s radar.