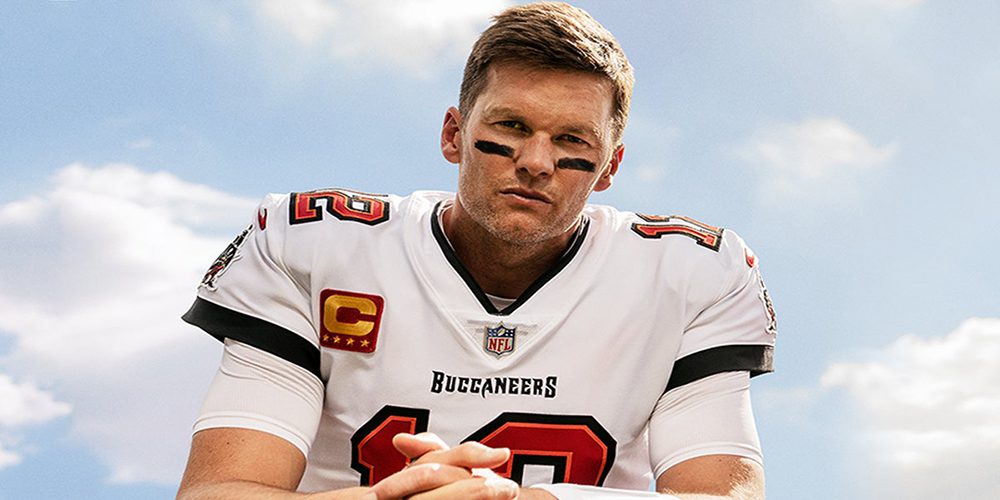 The return of Madden each year is like a final hurrah for summer. We know with the return of the NFL comes fall, cooler weather, and pumpkin-spiced everything. As someone who loves pumpkin spice as much as Madden, I’m sort of riding cloud 9 right now. That said, Madden 21 featured some blistering disappointments compared to its predecessor. Franchise, the game mode with arguably the largest community of any mode in the series, essentially stayed the same with few changes. Other annoyances within the Madden 21 didn’t ruin the entry, but certainly stained it. I’m happy to report that while preparing this review of Madden 22, EA Sports took great strides to try and answer many of the requests fans asked for last year and plenty of years before. Here’s our Xbox Series X review of the game. 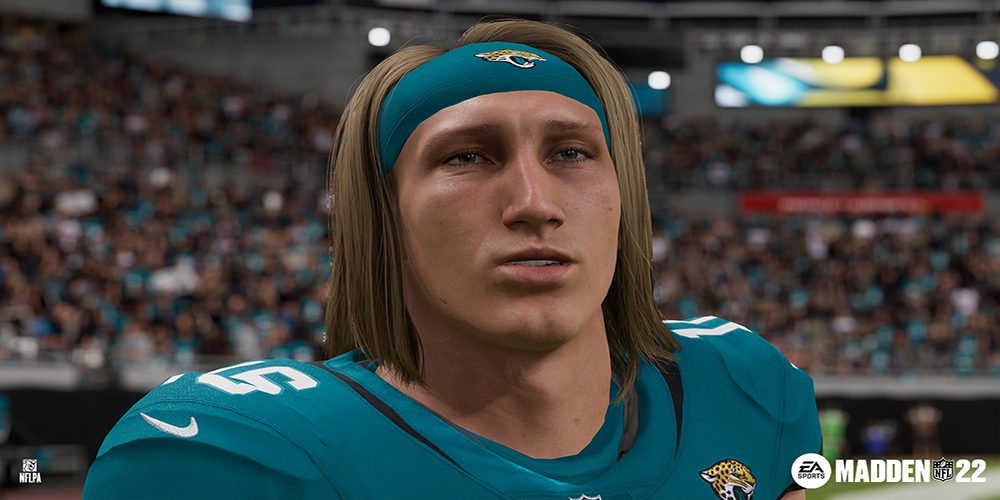 Franchise Mode is where a lot of active Madden fans flock most online, whether it be YouTube or Twitter. There’s a huge community around rebuilding teams in Franchise Mode and drafting an elite squad for decades. That said, it’s often been a game mode EA Sports overlooks in favor of Madden Ultimate Team and others. This year, EA Sports made huge strides in Franchise Mode that help make it a deeper, more immersive experience.

Off the field, a number of new options give players more diversity in how they approach each season. Additional controls and skill trees for an offensive coordinator, defensive coordinator, and added player personnel department are a lot of fun. These skills can target positional upgrades on game day as well as increase your chances of scoring better players in free agency. To upgrade your coaching staff, you accomplish goals in each week’s game that highlight that week’s focus. New weekly strategies for approaching your opponent’s offense and defense also add a layer to the management of your team.

There’s also a new season engine that offers over 30 brand-new scenarios that can occur throughout the season. This adds an element beyond simply playing the games that fans will love. Things like press conferences, locker room management, and boosts and nerfs to player performance related to coaching actions make Franchise Mode feel more alive than ever. Even the Franchise Hub where you control menus in between games is cleaner and easier to navigate. While long-term personal choices like drafting and scouting take a few simulated seasons to really kick in, it’s worth it for fans to put that time in.

The best part of all of this is that Franchise Mode improvements are coupled with a lot of great additions that make playing the actual games better. 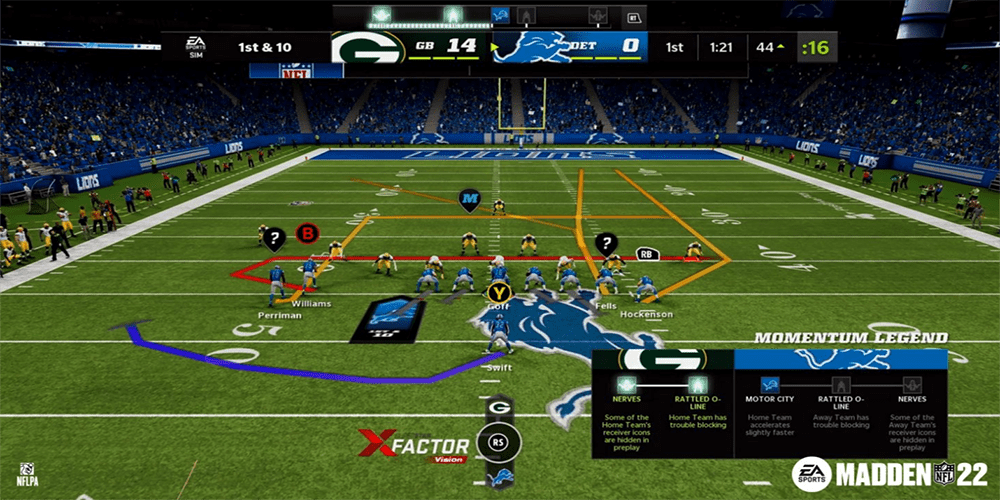 Madden 21 never quite felt right when you played it. A lot of the moments in-game that should have been fun challenges often felt half-hearted. In Madden 22, I encountered a ton of great moments while preparing this review. The biggest addition this year is the new Momentum Meter. Every home team has different momentum factors that kick in depending on how the game is going. Succeeding in the “Frozen Tundra” of Green Bay yields different effects than the “Terribly Distracting” fans in Pittsburg. It’s an incredible addition that I loved every time it either aided or halted my momentum.

AI-controlled teams are more realistic in play-calling and tendencies as well. As for player control, improvements to catching and tackling allow you to feel full control over your players. There are many fewer “what the hell just happened” moments in Madden 21 compared to 21. Single-player additions to The Yard and more content in Madden Ultimate Team will keep players busy outside of online play. There aren’t any blatant feelings of in-your-face monetization but I will say that Ultimate Team still feels like something you either have to pour countless hours into or pay for some in-game currency.

Face of the Franchise is also back with options to play as QB, RB, WR, or LB. The new Road to the Draft is where players experience what it’s like to be drafted into the NFL and it’s just fine. Again, it feels like Madden‘s “career mode” is still lacking compared to that of something like NBA 2K.

With all of this in mind, here’s our score. 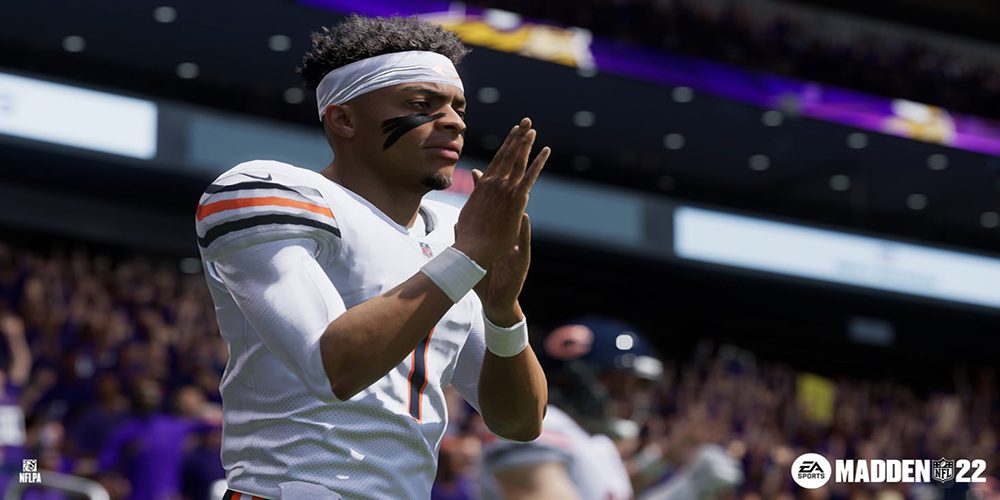 I review games on a scale of 1-10; Madden 21 is an 8. Players interested in Franchise Mode will be happy to see so many impactful changes this year. Likewise, improvements to gameplay like the Momentum system are insanely fun. There’s much more purpose in this year’s release, but it’s still not necessarily perfect. I’d love to see a bit more of a dyamic difficulty spectrum. Casual fans who try to make the jump from Pro to All Pro will have a terrible time adjusting to the enhanced AI. Something in between that fluctuates with the player’s improvements in-game would help keep things from being too easy or insanely difficult for those who don’t have 100+ hours to put into the game.

The growth of the series ebbs and flows from year to year. The worst feeling is waiting all year long for a new Madden to wish you had stuck with the last one. Madden 22 is an entry in the series that will warrant buying this version rather than sticking with 21. Great improvements and gorgeous visuals on the Xbox Series X make this a game I forsee myself playing a lot this fall. Likely with a pumpkin spice latte in hand.

Madden 22 is available now for Xbox Series X|S, PS5, and PC as well as PS4 and Xbox One. If you’ve played this game, then drop your 3-sentence review of Madden 22 in the comments. Be sure to share your take on the new additions to the game, including that glorious Momentum system. Thanks as always for reading Comic Years for all things gaming, comics, and pop culture.