Halo Infinite Multiplayer Tips - How To Get Good Or Better 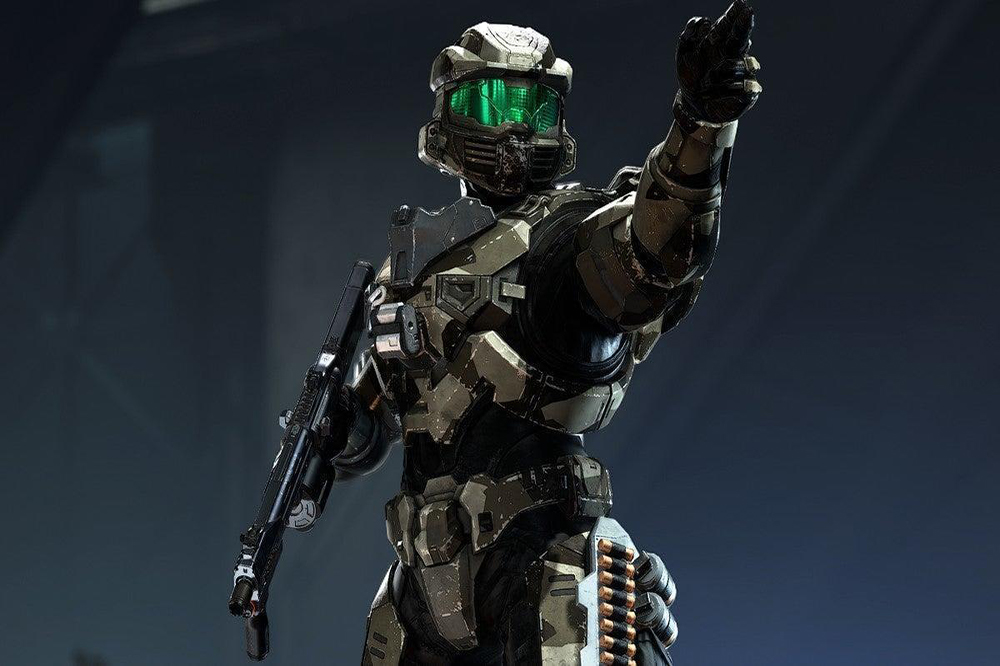 I can’t stop playing Halo Infinite. Ever since the release of the multiplayer mode, I’ve been hooked. It’s not a new love for me – I’ve played the series since the start. I bought an Xbox for the first Halo and never looked back. That said, I haven’t always been great at the game. From the title, you might be thinking “hell, why would I want your advice on how to get good at Halo Infinite” then? Well, hear me out. Halo Infinite multiplayer tips on how to get better aren’t all created equal. Some really draw on the player to be great at FPS games. These tips are for the person who likes shooters but never really mastered them. Here are some ways to improve that will actually change the way you enjoy Halo Infinite. Spoiler alert: it’s easier than you think. 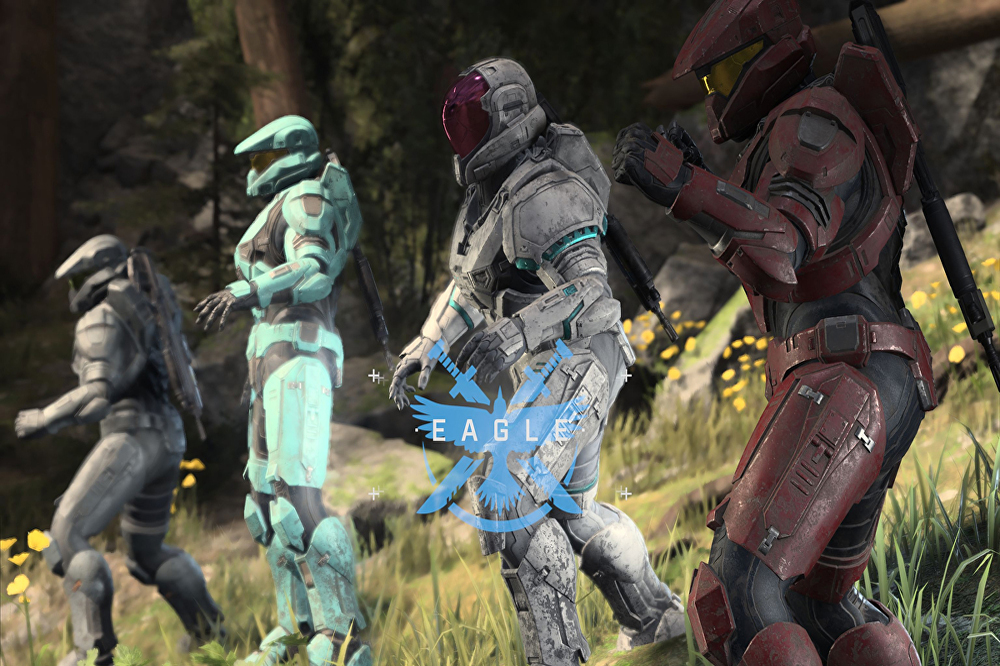 Ever have a match where you get 4 kills and like 14 deaths? Those should be odd occurrences and not the norm. In this game, your goal shouldn’t always be to run the maps like Master Chief himself. Since I published our Halo Infinite multiplayer launch review, I’ve really gotten my Kill/Death ratio under wraps. Really, it comes down to three things.

Firstly, accuracy. If you’re new to Halo, then let’s make sure you know how the shield system works. When an enemy shield is full, you can shoot them anywhere and deplete their protection. That means you don’t need to aim for the head from the get-go. The exception would be with something like the Skewer or the Sniper Rifle. Aim away with those for a one-shot kill. Assault Rifle assaults, however, should include shots to the body and then a move up to the head once they’re vulnerable.

Secondly, it’s not just about how you attack that helps you discover how to improve. You really need to know the maps. The real trick to being good at Halo is knowing your surroundings. There’s a lot to learn, but there aren’t a ton of maps at this time. That means with a few hours of focusing on finding every escape route, path, and hidden area, you’ll benefit greatly.

Lastly, Halo Infinite doesn’t feel the same as other shooters. Something like Call of Duty Vanguard multiplayer is an entirely different beast than Halo. To be good at Halo, you’ll want to rethink how you approach the shooter. Once you learn why Halo is so different, you’ll really start improving.

Rethinking How You Move and Attack 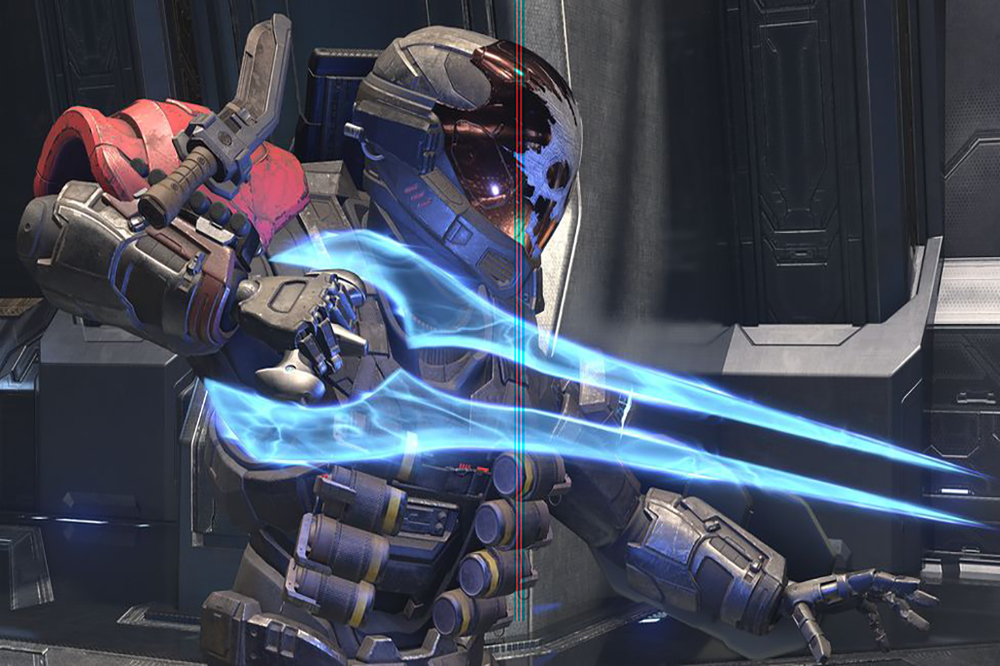 The history of this game series harkens back to the days of arena shooters like Quake. Overall, you’re essentially dealing with some superhuman abilities to run, jump, and kill in some pretty incredible ways. The goal here isn’t realism – it’s fun factor. Because of that, your approach to killing and moving about the maps should be different than other FPS games.

Firstly, let’s say you find yourself fresh off a kill. What’s your next move? Should you barrel through searching for more enemies? My tip for this situation isn’t to move first. Instead, make sure you begin reloading and check your shield. If you aren’t assessing your vitals first, then you’re heading into the next encounter at a disadvantage. While the fun of the Halo Infinite campaign is running around as Master Chief messing up enemies, it’s not the same here. You need to always think about getting yourself back to full strength as often as possible.

That brings up another thing that comes up often when people want to get better at Halo Infinite. How do you approach a situation where you’re clearly unprepared? The gut reaction to many of these encounters is to run away. Retreating in Halo Infinite rarely works if you don’t have a plan. That said, here’s what I suggest. If you find yourself out-gunned by an enemy with a superior weapon, tag them for your teammates. Next, throw grenades to attempt to break their shields. You might be down and out here, but your team might be able to pick up a kill. It’s a non-selfish way to die – let’s face it, you’re already going to anyway. 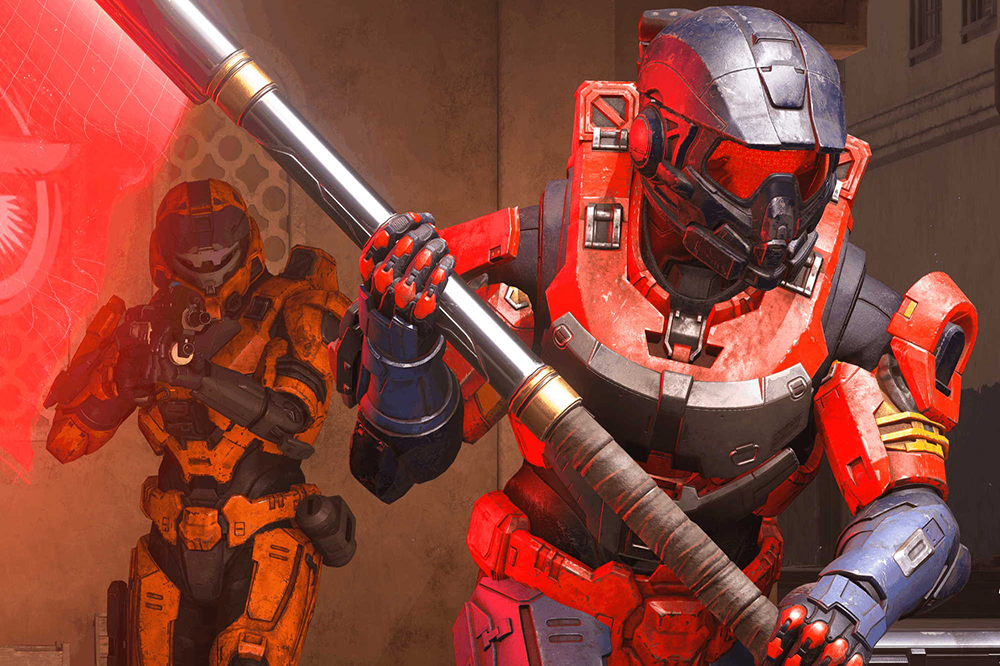 If you’re new to Halo Infinite, then here’s the best multiplayer modes to help you get better. A lot of players ask how to get better at Halo, and the top tip is always to play as much as you can. It’s free-to-play for goodness sakes. Don’t let it rule your life. Get outside and see your friends and family. That said, putting in an hour to Halo Infinite multiplayer is one of the best tips I can offer. You get your XP points this way and can level up for cool add-ons too.

That said, in terms of actual modes, Fiesta is a gem. This mode is a a 4v4 Slayer mode where you get two random weapons every time you respawn. That means you’ll be constantly given new weapons to try and learn. This is the best way to also get a feel for how to respond and react to enemies with various weapons. You can always hop into a match with bots for practice, but that’s not the same as playing with real people. A few hours a week in Fiesta can seriously get you better before you know it.

What other Halo Infinite multiplayer tips are you looking for? If you want to know about my approach to a specific weapon or map, then let me know in the comments. The game is certainly taking over my gaming time and I’m sure it’s bound to take over yours as well. There’s a lot to love and still room for it to improve too. Overall, now that you’re done with this go play Halo Infinite! As always, thanks for reading Comic Years for all things gaming, comics, and pop culture.

Death Of The Justice League Kicks Off DC’s Next Event – But Why Does It Feel So Familiar?
A Live Action Godzilla Series Is In The Works From AppleTV+