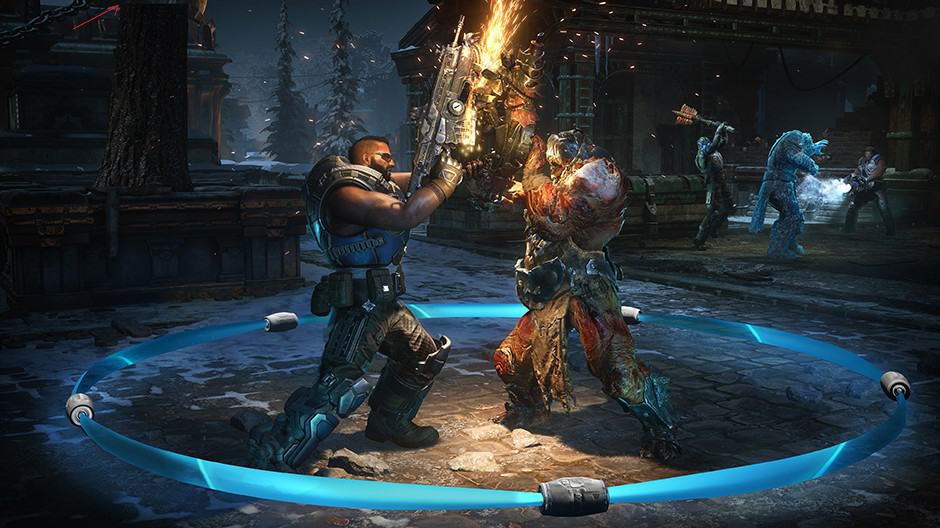 The event is only available to Xbox Game Pass subscribers and people who have pre-ordered Gears of War 5. For those wondering about Xbox Game Pass Ultimate, keep reading the article to learn more about the subscription service! If you love Gears of War, then you’re probably dying to play the beta. The online multiplayer test is meant to, among other things, test out some new features. This way, fans get to give input on the experience, and Microsoft can test their online capabilities, and so on and so forth.

To summarize, the event will run four different game modes. First, a single player boot camp tutorial is available to hone your skills. Also, players can try the new Arcade Mode, which features a new take on the fun shooting action of the series. If you want more traditional multiplayer, King of the Hill is back, where you attempt to capture various points on the map. Finally, a new mode is featured as well. Escalation is the name of the newest addition, and it is a team based mode where players fight computer enemies in a horde-style game mode.

If you haven’t played the Gears of War series yet, you’re in luck. All five currently released Gears of War games are available on Xbox Game Pass Ultimate.

What is Xbox Game Pass Ultimate?

At first, the Xbox Game Pass only served Xbox One owners. Now, the subscription service is available to both Xbox One owners as well as PC gamers playing on Windows devices. On top of things like backwards compatibility and Xbox Games One with Gold, which offers Gold subscribers new games for free each month, Game Pass Ultimate is a tool for gamers to play as much as possible. The service is $15 a month, and includes Game Pass as well as Xbox Live Gold. Game Pass is the ability to download Microsoft produced games as well as curated titles from a library. These games filter in and out each month, with games always coming in fresh. Xbox Live Gold is the long running online multiplayer subscription that connects you to others online. It’s the only way to play with others on Xbox One.

Now, the Game Pass includes PC gamers as well. Many games being added per month work on the Game Pass, and PC users get extra games, including exclusive PC-only Games with Gold titles. Microsoft is finally bridging the gap between PC and console gamers, all with the goal of getting games into their hands.

Will Gears of War 5 be on Xbox Game Pass Ultimate?