Xbox Spring Sale Highlights - What Should You Buy? - Comic Years

Home » GAMING » Xbox Spring Sale Highlights – What Should You Buy?

If you have to stay at home, then you might as well pick up some new games on the cheap! Every year around this time, we see major publishers and game makers put their stuff on sale. Nintendo launched their spring sale yesterday, and Microsoft started uploading their deals late last night! I know that you might be watching the wallet with everything going on, so let’s take a look at some Xbox spring sale highlights to help determine what you might want to pick up.

We’re still months away from the Xbox Series X, but there’s a lot to look forward to! Don’t forget: if you buy a game on this Xbox spring sale, you will be able to play it on the new console because the Xbox Series X is backward compatible. So, let’s begin with a few tips on Xbox sales.

Tips for an Xbox Sale

The first tip I have for you is to not get caught up in predicting what’s going to be offered on Xbox Live Games with Gold or the Xbox Game Pass library. Look, there’s nothing more frustrating than buying a game that becomes free later down the road. It’s going to happen, so don’t stress about it too much. Plus, there’s no predicting what might end up on the Xbox Game Pass library, so don’t let it stop you from picking up a great game.

Secondly, don’t shrug off games you already own. For example, if you purchased Assassin’s Creed: Origins as a base game, then check out deals on DLC. Many sales also extend to additional content. There are a lot of people who don’t love DLC but check the reviews. Sometimes, buying extra experiences in a game, especially one you love, is worth it.

With those two things out of the way, let’s get to a few games I think you should check out!

I have four games I’m throwing out as my favorites and Xbox spring sale highlights. Each one offers something a little different, and fun fact: I bought all of these full prices at one point. In my eyes, they were well worth their MSRP value. On sale? They’re a total steal. Let’s get to it! 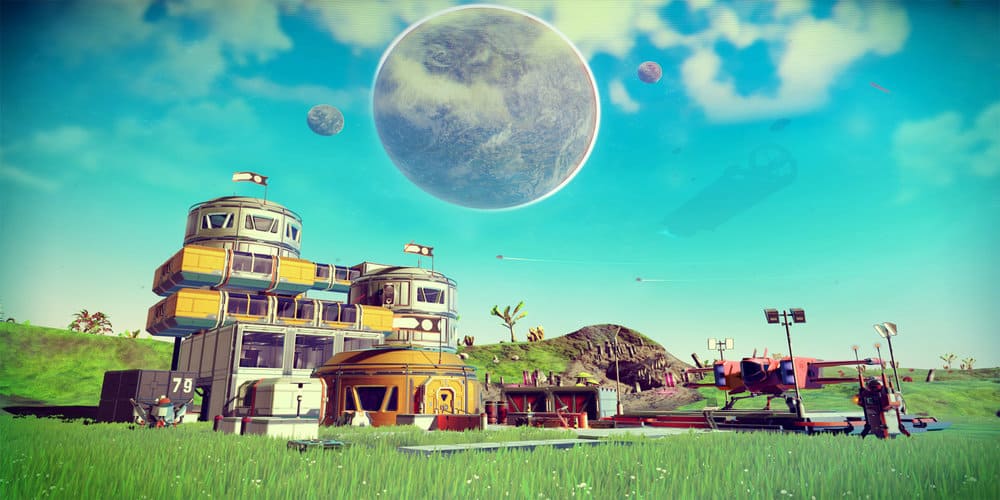 When No Man’s Sky launched, we all thought it was going to be this incredible space exploration game. Funny enough, it turned out to be too realistic to what exploring other planets might be like in real life. You had little to do, felt very isolated and alone, and didn’t have much fun. Then, the devs at Hello Games worked hard to turn it into something great. It’s a ton of fun.

The fun of No Man’s Sky is the constant randomness of every adventure. With a massive galaxy to explore, find your way to unique planets full of diverse lifeforms, and constant danger and action. At $24.99, this game is a wonderful deal. 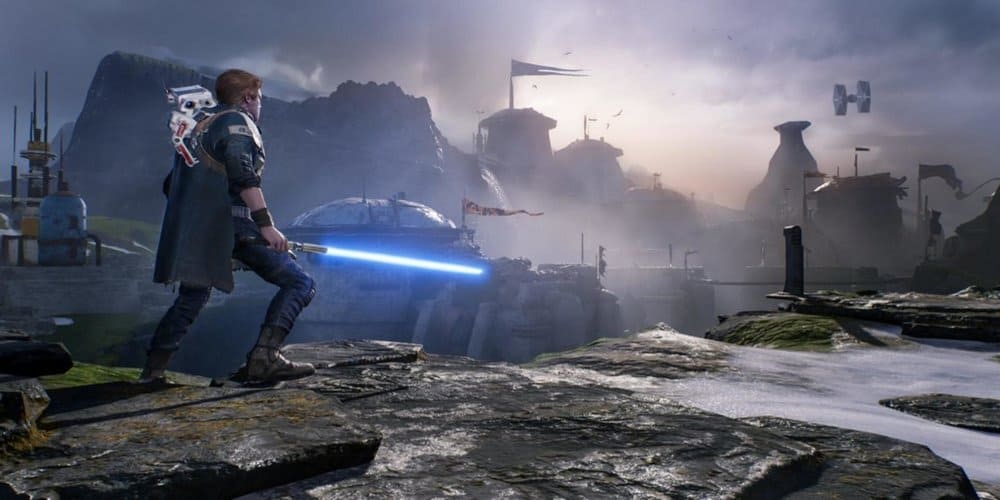 It’s no secret I love this game; it’s mentioned in all of my best of 2019 pieces and recommendations. Joshua nailed the Jedi: Fallen Order review and I agree with all of his praises. There are a lot of things to love about this game, but the combat reigns supreme. The feeling of using the force and your lightsaber in a fluent attack feels intuitive and as a dream for those of us who grew up playing with the plastic toy-versions.

Better yet, the Deluxe Edition, which includes a cosmetic skin for BD-1, cosmetic skin for the Stinger Mantis, digital Art Book, and “Director’s Cut” behind-the-scenes videos, featuring over 90 minutes of footage from the making of the game, is on sale too. Pick that up for $41.99 from $69.99 – 40%. 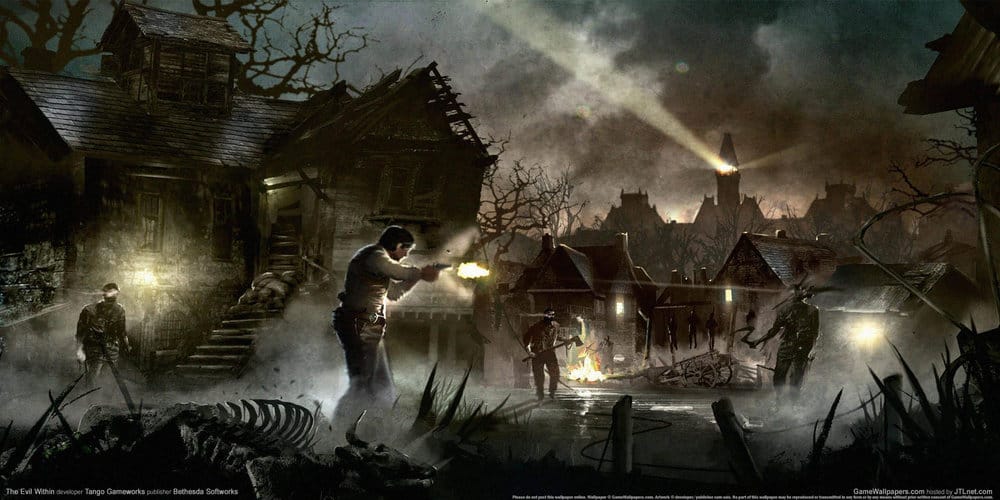 Okay, so this one is a bit of a throwback recommendation. Yes, there was a sequel to this game. I liked it, but the first game is superior in my eyes. Not only that but the four DLC packages released for The Evil Within are fantastic. Bethesda sort of lost credit for this one in the light of DOOM and Wolfenstein, but it’s a remarkable action-horror experience.

The season pass brings The Assignment, The Consequence, and The Executioner packs with the base game. I think of all my Xbox spring season highlights, this is my favorite that might surprise you. If you can handle horror, then grab this one for cheap! 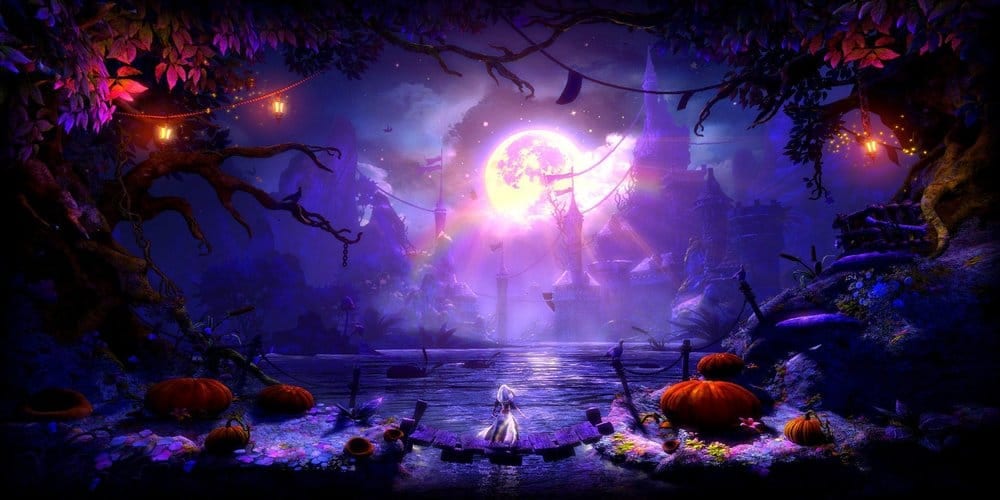 Okay, so this one is a bit out of the left field, and you might shrug it off, but hear me out. The Trine series is one of the most impressive platformers of the past 10 years. The art style and music are only matched by the gameplay, and all four are on a deep, deep sale.

The Trine: Ultimate Collection includes all four games, and is on sale for $19.99 from $49.99 – 60%. The games are gorgeous, and really look amazing on the Xbox One. Between all four games, I think you’re probably looking at a good 50 hours of content. I play these games often when I want something relaxing, but I don’t want you to think these titles are a breeze. The puzzle-platforming is great and just challenging enough. Plus, the games utilize 2.5D graphics in a way I think many games will copy for years to come.

This is a great sale, and there are literally hundreds of additional titles on sale. The spring sale is listing games up to 75% off and runs across many best sellers. Find the complete list from Microsoft here.

What tops your Xbox spring sale highlights? Let us know in the comments! Thanks for reading Comic Years for all things gaming, comics, and pop culture!

Nintendo Spring Sale Highlights – What Should You Buy?
Season 2 Premiere of Harley Quinn Tackles No Man’s Land (and It Just Might Work)