This Dad Wins Parenting with a Creative Switch TV Setup 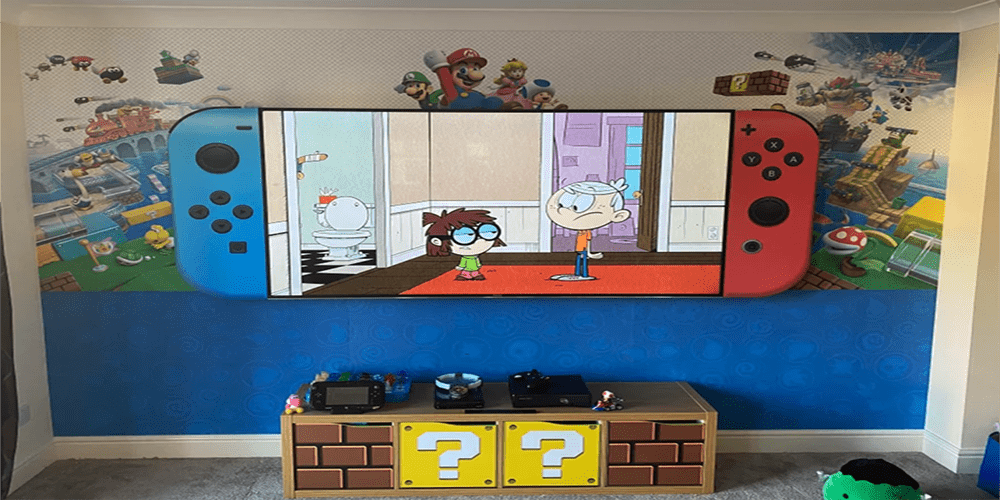 It’s tough work being a parent. From financial management to scheduling your life and a child’s, things can get crazy quickly. Let’s face it: some do it better than others. As it turns out, a lot of parents find sharing hobbies or interests with their kids to be a huge perk of the gig. It’s exciting getting to watch your child grow into their favorite things. Maybe that’s a love for sports. If you’re a parent, then you let your child venture into whatever they see fit. Secretly, you want it to be the same hobbies as yours in some cases. For a dad who went viral on Reddit, that hobby is gaming. Thanks to a creative Switch TV setup, this kid officially has the coolest room. Not to mention, if there is some sort of winner in parenting, it’s this dad. 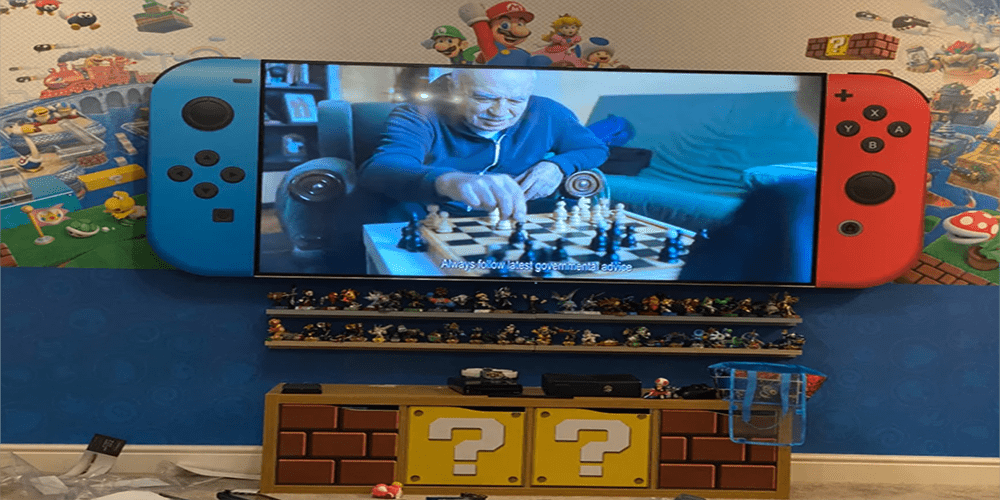 Reddit user u/Pjmonday shared images of his child’s room with a rather creative setup. A flat-screen TV mounted to the wall is just a bit too played out. So, why not turn it into a huge, oversized Nintendo Switch console. If you have a good eye, then you’ll also spot two distinct wallpapers in the background. The top is a bit easier to make out with clear Mario characters from Super Mario history. If you look below, then you’ll also spot Skylanders wallpaper. For those who don’t know, Skylanders is a spin-off of the Spyro the Dragon series by Activision. The game features figures that can turn into characters for the video game in a toys-to-life functionality. 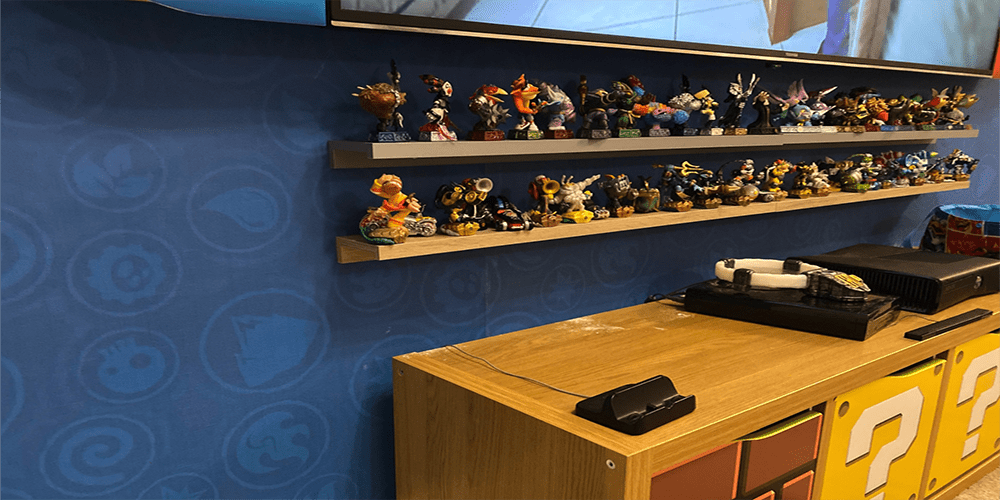 The Skylanders figures are on display in this photo along with some amiibo figures from the Nintendo games library. All in all, this setup is pretty fantastic, even if you’re not a huge DIY kinda person. This Dad clearly put a lot of effort into the setup for their kid. If you’re an adult feeling jealous, then you’re not alone. Overall, a lot of fellow Reddit users expressed wanting this room for their former self, or current self for that matter.

Shoutout to u/Pjmonday for his hard work. Well done!