The History of Shin Megami Tensei – Origins And Games 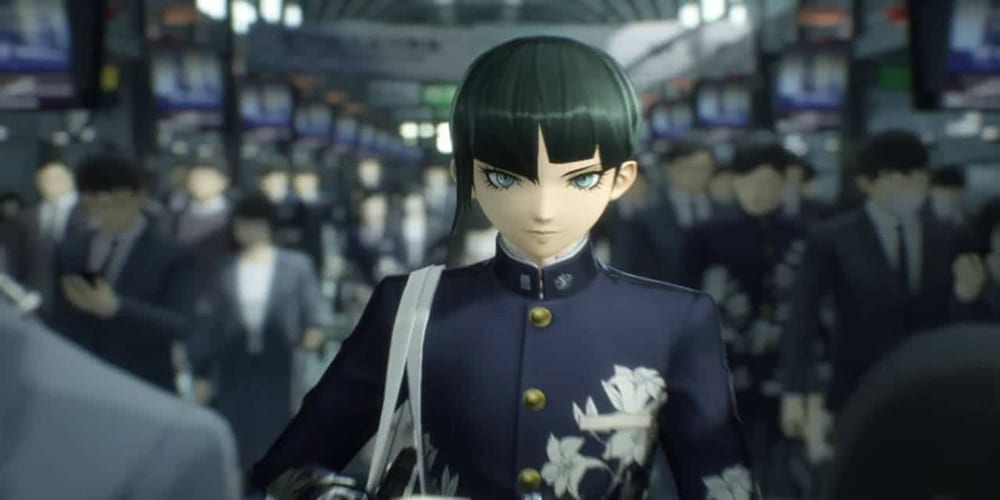 We’re not too far off from getting our hands on Shin Megami Tensei V. Nintendo announced the game’s arrival for November 2021 and I’m ecstatic. Other than expansions and remasters, the mainline series has not released a new game since 2013. That eight-year drought gave me time to revisit the series’ past games. Like a lot of people, I learned of the series decades after it truly started. With a rich history of game development and a really interesting world to explore, fans need not play through every game to get caught up for the newest title this November. Of course, it’s fun to play through a game’s history, but that’s also wildly time-consuming. If you’re curious about the franchise, then read through our history of Shin Megami Tensei overview for the series. Let’s start first with the series’s origins and early development. 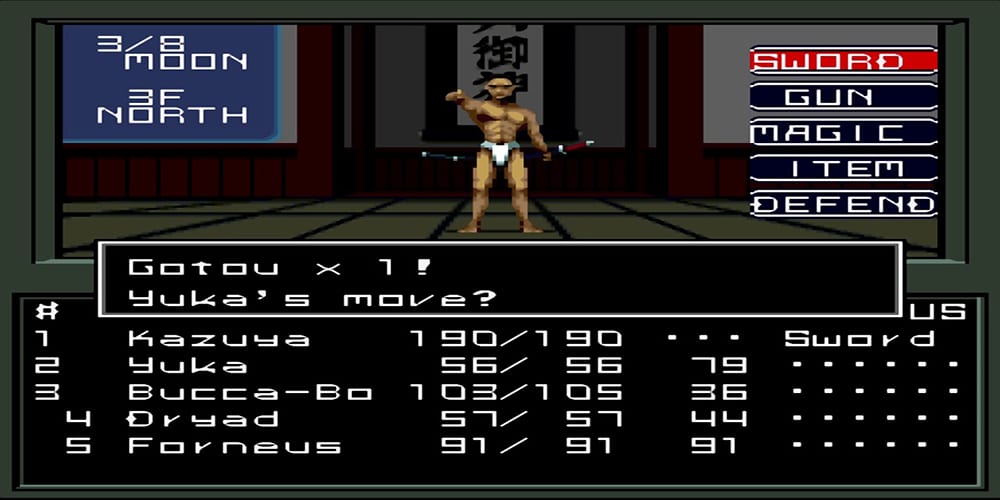 In the 1980s, the Digital Devil Story series of sci-fi novels was gaining massive traction in Japan. Writer Aya Nishitani and publisher Tokuma Shoten sought to expand the series into a multimedia experience by pursuing the creation of an OVA, or original video animation. The OVA launched in 1987, which prompted the next project: a video game. Interestingly, two companies acquired the license to make a game for the novels. Telenet Japan and developer Atlus would work on two separate titles. Through Namco, now known as Bandai-Namco, Atlus would focus on a traditional role-playing game. Simultaneously, Atlus also helped Telnet with the development of an action role-playing experience.

Much of the story in the game comes from the third novel in the Nishitani trilogy. The title and some details would still come from the first novel. The author stayed involved in the development of the projects. One early issue was the fact that the Famicom, Japan’s name for the NES, featured hardware power limitations. Elements of the story and plot points gave way for complete a standalone gaming experience. Telnet beat Namco to the punch of publishing the game for players, but only by a few months.

The PC version of Digital Devil Story: Megami Tensei launched between July and September 1987. The Famicom version launched on September 11 that same year. Despite hardware limitations, critics love the franchise’s debut and its unique take on the JRPG dungeon-explorer experience. For many, the gameplay intricacies are what make the history of Shin Megami Tensei so appealing. Let’s explore some of those noteworthy gameplay choices before going through more releases.

Interesting Gameplay Mechanics and Themes in the Series 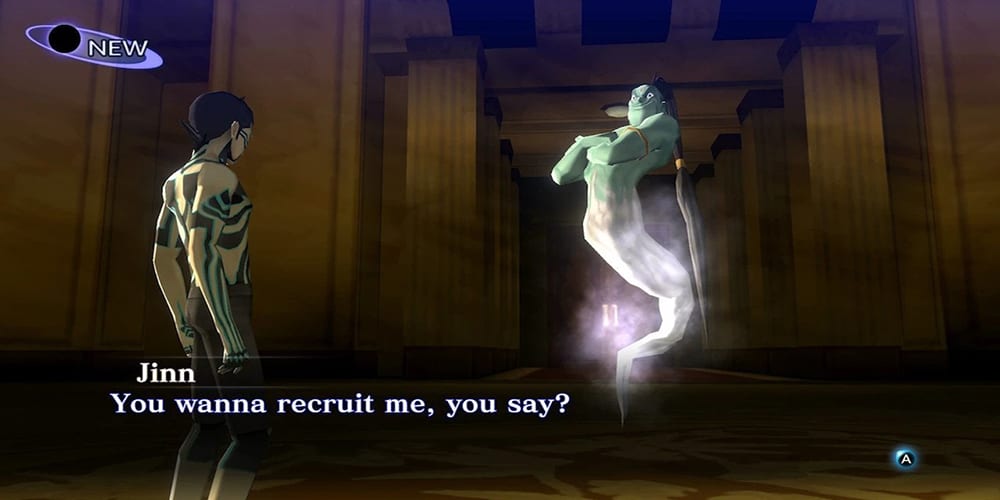 One thing fans of the Shin Megami Tensei series will tell you is that these games are tough. They’re definitely not your breeze-through JRPG experience. That said, some of the game mechanics are compelling enough to push through the more challenging passages.

One of the most interesting mechanics is the demon recruitment ability. As you play through the game, you gain demon allies to fight alongside you. As you collect demons, you can fuse them together to create more powerful partners. Battle occurs in a turn-based system known as Press Turn. The unique element of SMT’s approach to turn-based combat is that both parties receive bonuses for attacking their opponent’s weaknesses. With AI extra keen on what your weaknesses are, this is a big source of the difficulty.

I think the most impressive thing featured in the Shin Megami Tensei game history, however, is the Demon Negotiation mechanic. During battle, a demon can make a request of the player. While it’s sometimes as simple as offering up an item, others request side quest completion. If you appease the demon, then they might consider joining you without a battle. Here’s the catch: you can do everything asked of you and they can still choose to fight you. Demons also ask the player their opinion on different in-game events, which dictate their willingness to hear you out. It’s a really tricky system in which to maneuver, but it’s a wonderfully unique way to approach JRPG battles.

The History of the Mainline Series: Sequels to the Original Shin Megami Tensei 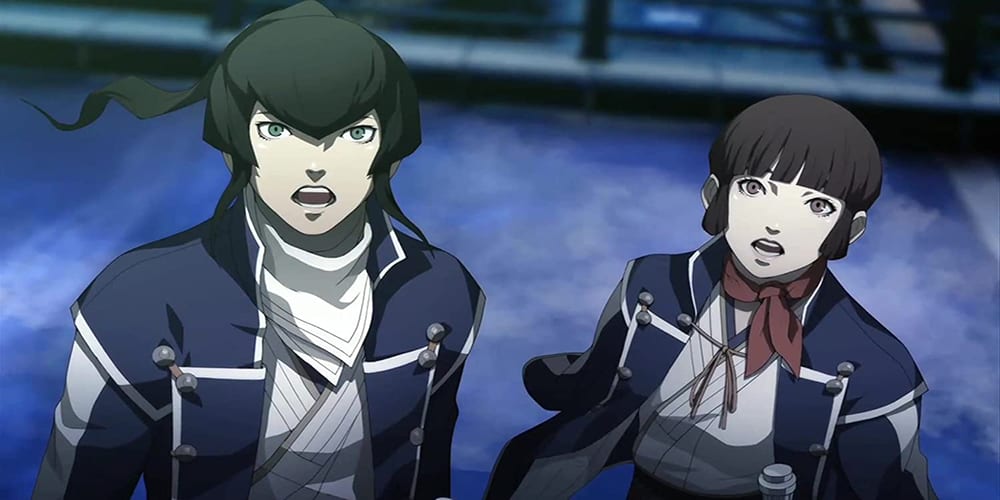 In 1990, the sequel to the first game arrived on the Famicom. Unrelated in plot, Digital Devil Story: Megami Tensei II utilized similar gameplay elements and story outlines to solidify the style of the game series. The next release for Super Famicom would introduce the title we know well today. Shin Megami Tensei released in 1992 and introduced some franchise mainstays that still show up in new games. One element, for example, is the setting of a semi-futuristic Tokyo that is suddenly invaded by otherworldly enemies. A port of the game arrived on PC in 1993, PlayStation in 2001, and GameBoy Advance in 2003.

Next up was Shin Megami Tensei II, released for Super Famicom in 1994 and later for PlayStation and GameBoy Advance. The game introduced new characters and takes place decades after its predecessor. Expanded freedom for the player and the complicated yet steady story resonated with players. The game’s characters became much more of a focus, helping define the series’ emphasis on the gameplay element.

The Road to SMT V

Next up, a whopping nine years after SMT II, was Shin Megami Tensei III: Nocturne. The game released in 2003 for the PlayStation 2 and expanded the franchise’s scope yet again. The added power of the PS2 allowed the series to move to 3D graphics and a broader world in which players could explore. The game was very difficult, which is why the HD Remaster released in 2020 for the Nintendo Switch added an easier difficulty. The compelling cutscenes and improvements made to game mechanics made it the first real modern entry for the series yet.

The next mainline entry, Shin Megami Tensei IV, released on the 3DS in 2013. The 10-year gap did not leave gamers empty, providing with spin-offs and expanded versions of past games. Still, the arrival of a true entry was celebrated. It’s here where the franchise really started to take off in terms of a Western audience. The 3DS, arguably the best console of the decade if you ask me, helped grow the series immensely. A similar phenomenon occurred with the Fire Emblem franchise. This entry was mirrored heavily off the experience of the first game in the Shin Megami Tensei franchise. While the game still featured many of its noticeable themes and stylistic choices of past titles, veteran series designer Kazuma Kaneko was set aside for Masayuki Doi, who developed the main character and many of the demons. In Japan and the West, the game was a huge hit. 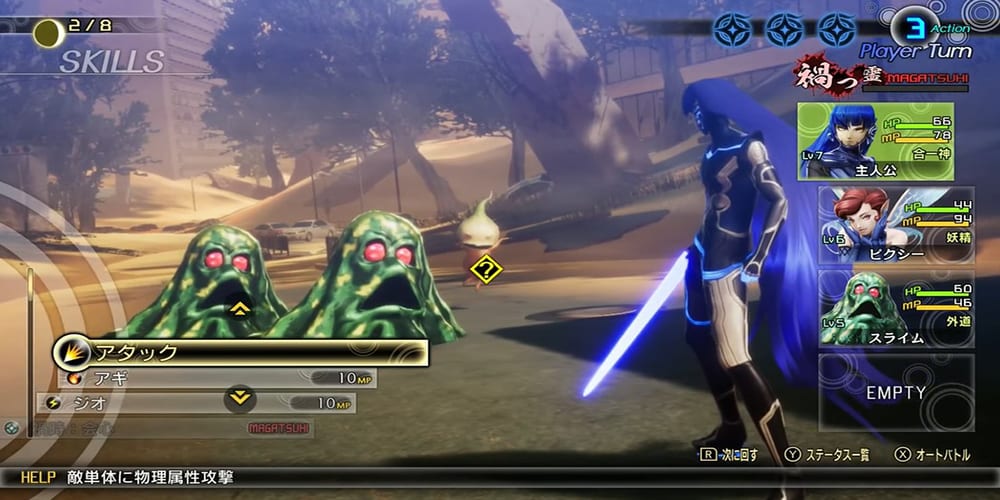 The wait for Shin Megami Tensei V isn’t as long as other gaps in the numbered entry line of games. That said, new and old fans can’t wait for more in this universe. Set in modern-day Tokyo, the game will be a hybrid between Shin Megami Tensei III: Nocturne and Shin Megami Tensei IV’s gameplay and aesthetic. The release month was offered during the E3 2021 Nintendo Direct and is likely to be a huge release for Nintendo and Atlus to close the year.

If you enjoyed our history of Shin Megami Tensei article, then let us know what we should tackle next in the comments! Thanks for reading Comic Years for all things gaming, comics, and pop culture.