The Forgotten City Review - From Skyrim Mod To Storytelling Marvel

The Forgotten City Review – From Skyrim Mod To Storytelling Marvel

There’s something to be said about Skyrim‘s influence on gaming. Not only does it sell well a decade after its release, but it inspired a ton of great games. One example that’s particularly interesting is The Forgotten City. Back in 2015, a Skyrim mod of the same name took players through the Forgotten Ruins, an abandoned Dwemer ruin with tons of mystery. Building on that premise, developer Modern Storyteller turned the experience into a standalone experience. Don’t be fooled; this isn’t a passion project worth a simple nod. The Forgotten City is a storytelling powerhouse full of great characters and a wonderful narrative from the very start. Here’s our review of The Forgotten City, easily one of our favorite storytelling experiences in gaming for 2021.

No Rest for the Wicked, or Life for that Matter 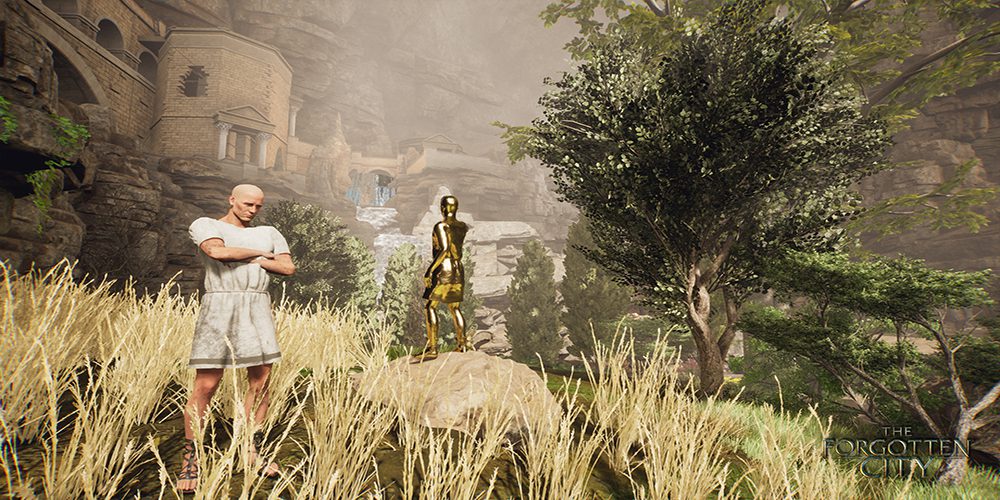 When you begin The Forgotten City, you wake up confused and lost. You don’t even recognize the Tiber River on which you’re resting. A mysterious woman sends you into a nearby ruin to find Al, an explorer who hasn’t returned. As you delve into the ruins, you’re slowly exposed to something remarkable. Overall, the ruins are far from ruins at all, but a Roman encampment and small collective of sorts. You have a full Roman city to explore but one key power holding everyone there captive.

You know that old saying “do unto others as you would have them do to you?” Now imagine that if one person in your city sins, you all get punished. It’s not just a moral quandary either; giant guardian statues come alive if this rule is broken and turn everyone into gold. Because violence is obviously a sin, you won’t find much combat in this city to be a factor. Instead, some pretty creative forms of manipulation are keeping the dozens of residents at each other’s throats. It’s up to you to figure out how to break this odd rule hovering over everyone and avoid the end of the city as everyone knows it.

If You Liked the Mod, You’ll Love the Standalone The Forgotten City Experience 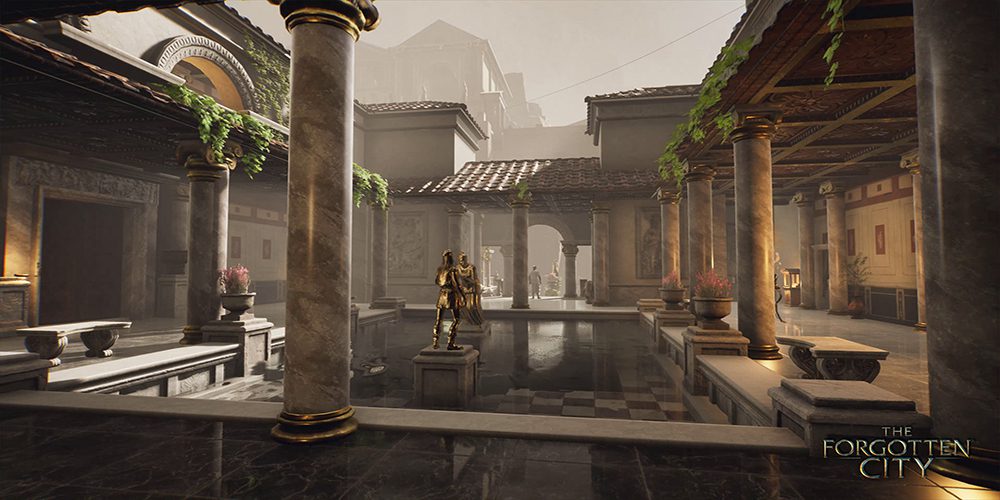 There’s a special joy that players can take with The Forgotten City as a game if they played the mod. While changes certainly occurred, they provide a familiar experience to that of Skyrim. The real joy here for me is the need to rely on dialogue. As you meet members of the city, you become invested in it all immediately. There are really great twists and turns to each person’s role in the community that become increasingly high-stakes. The funny thing about the game is that it’s almost a bit too much like Skyrim in its stagnant character animations. A fix is coming, according to the developer, but it didn’t matter in my playthrough. The game’s narrative is wonderful.

I don’t often mention voice acting in my reviews, but I love the cast in The Forgotten City. There are some really wonderful performances here that help keep things interesting. There are likely some players who will be turned off by the dialogue-only gameplay experience. Go play Skyrim if you’re craving action RPG combat. In The Forgotten City, you’re treated to a really wonderful time loop experience that keeps you wanting more until you solve the city’s predicament. When you fail and someone sins, you start from the beginning of a new day. It’s not a new concept, but it’s well done here.

Of course, there’s no denying that the game the mod and this game have incredible visuals as well. Some of the scenic environments and areas of the game almost make you stop completely. Unreal Engine 5 might be the new thing people can’t wait to play with, but this game looks incredible on its own. During my time playing for this review of The Forgotten City, I used Xbox’s screenshot function quite a bit. All that said, here’s what we’re rolling with in terms of scoring. 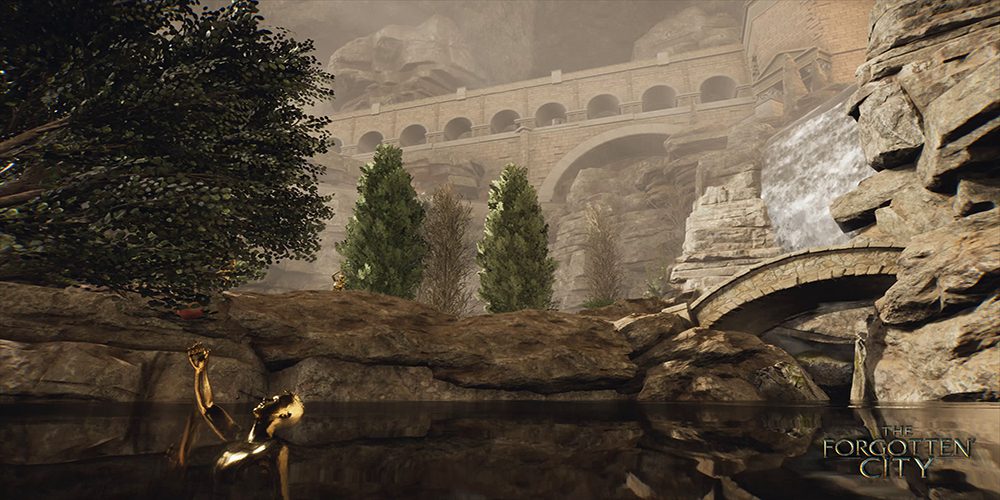 I review games on a scale of 1-10; The Forgotten City is a 9. In about 11 hours, I finished the game and loved every minute. If you’re curious about the game at all, then I’d recommend looking into some videos. Likewise, Skyrim fans who enjoyed the base game or mod that inspired this release should also consider picking it up. I’m not someone who salivates over dialogue-heavy RPGs like Disco Elysium. That said, I do know that they’re worth every minute of playing them if you engross yourself. Not everyone likes story-focused games but The Forgotten City is more than that.

The best thing about this game is that the characters immediately feel real. You don’t just solve a puzzle here or unravel a mystery. There’s a keen sense of genuine interest in the city you stumble upon that mimics a great book or movie. Beyond gaming, storytelling as a whole is about escaping to a place where you feel transported. From my couch and in front of my Xbox, I was fully into this world and loved my time there.

The Forgotten City is available now for Xbox Series X|S and One, PS4|PS5, Nintendo Switch, and PC. If you played the game, then drop your 3-sentence, spoiler-free review in the comments!

A digital copy of this game was provided by the publisher for the purposes of this review.