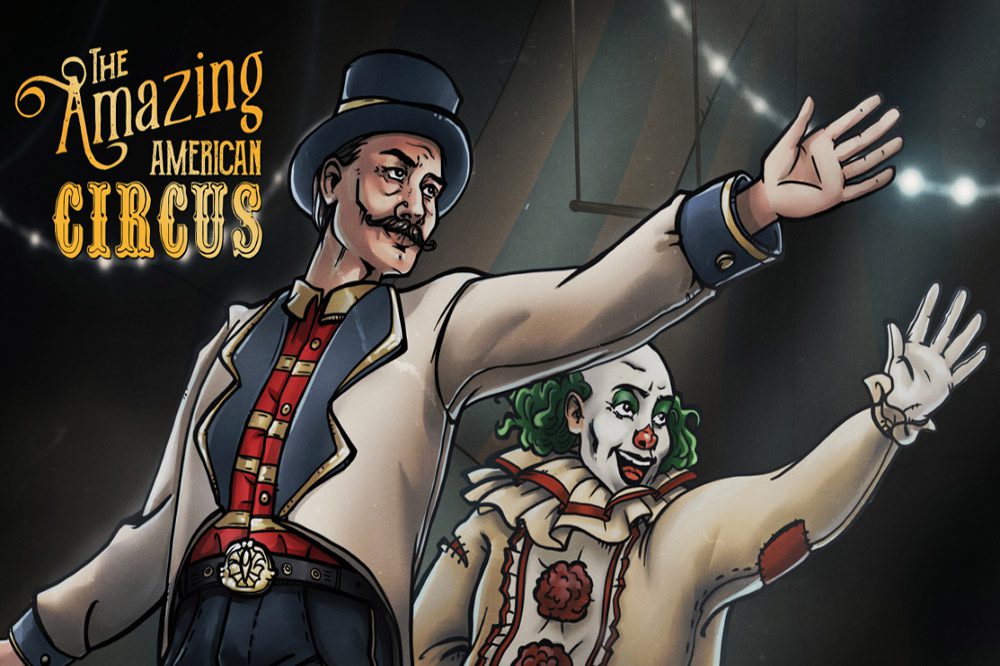 Everything I know about the circus, I learned from two places. Firstly, the Ringling Bros. and Barnum & Bailey Circus was a staple at the United Center in Chicago when I was a child. I went twice, and from my parent’s account, I enjoyed it. Entertainment of that caliber is a hard thing to shrug off when you’re in person. The second source upon which I draw my circus knowledge is The Greatest Showman. Most could argue the music is enjoyable but the whitewashing of P.T. Barnum’s practices is in fairly poor taste. So really, I draw upon some pretty hazy interpretations when it comes to my care for the circus. Still, the intrigue is there, which is why I was eager to jump into my review of The Amazing American Circus to figure this whole thing out for myself.

The Pretty Good-ish Show on Earth 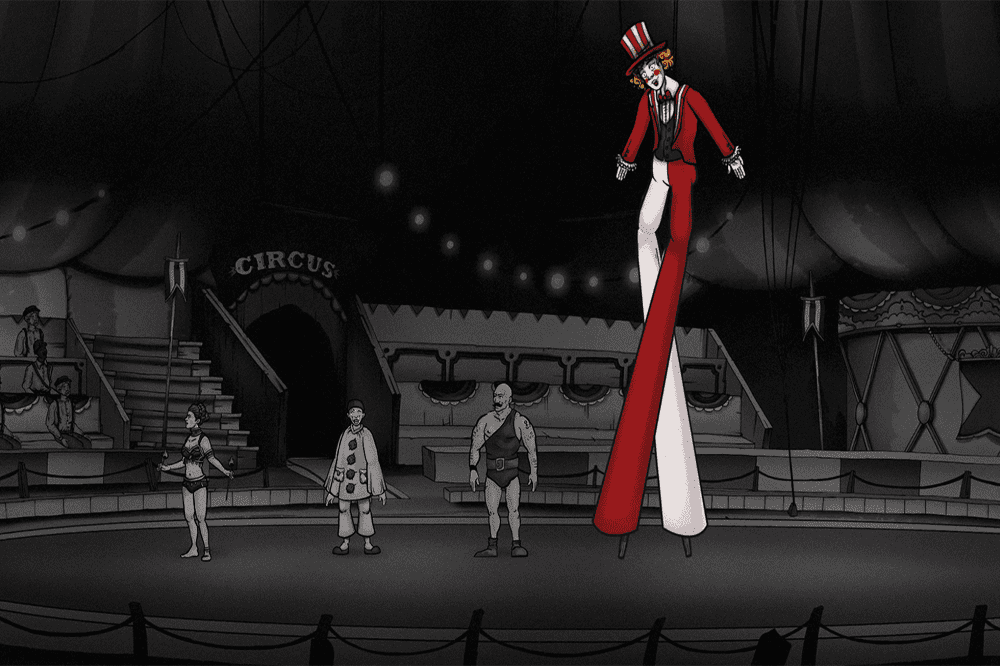 Juggler Games really did something we haven’t seen before in the turn-based deck-building genre. A long-running form of video and tabletop gaming, Slay The Spire really rewrote what we think of as the pinnacle of these types of games. The Amazing American Circus doesn’t adopt the roguelike approach Spire does, but it equally changes what we know of how deck-building games can offer a gaming experience. In this game, you use cards to complete circus acts with performers. Your “enemies” are the audience, who you try to win over with a great show.

It takes strategy, planning, and even knowledge you acquire the more you play just like other deck-building games. It’s also somehow a little less high-stakes because you’re not necessarily “fighting” anything but the threat of a rowdy, dissatisfied crowd. With three performers per show, you do your best to put on a great performance. While you have more than just three performers at your disposal, I found three I liked and had very little reason to switch them out over time.

This is where the conceptual prowess of The Amazing American Circus sort of halts the momentum you feel at the start of the game. Things like the long duration it takes to perform a complete show and the seemingly aimless way audiences sometimes just flat out ignore your should-be strategy for entertainment feel odd to me. While we can all appreciate a good idea in a game, especially one that we haven’t seen, it needs to work. There are just too many moments where it feels like a chore to battle these little irritants to make this “the greatest show on Earth.” It’s more just like a pretty good one. That said, let’s score this thing. 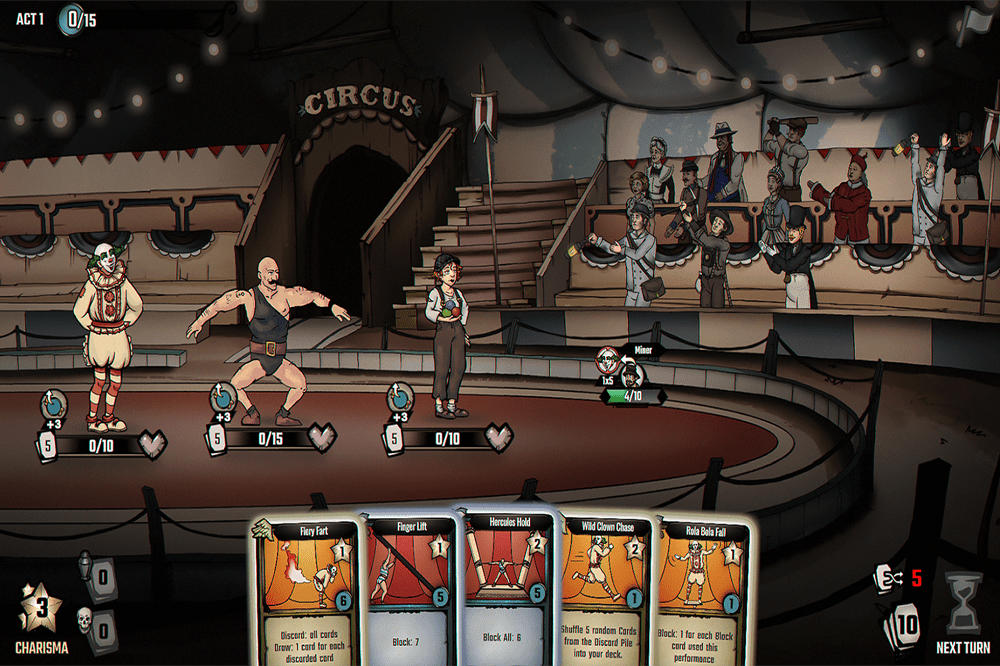 I review games on a scale of 1-10; The Amazing American Circus is a 5. Thanks to a good premise and a somewhat compelling story that hovers over the gameplay, this game works on some basic levels. My primary concern almost from hour two on was the fact that I didn’t feel compelled to put the energy and time into perfecting my performance approach. Really, even if I did, it feels like the payoff wouldn’t hit the way I want it to in strategy-based games.

If you’re a fan of deck-building games, then give this one a go. For those who aren’t, I hate falling into this takeaway but it’s how I feel. Take the time to play something like Slay The Spire or get yourself hyped for Marvel’s Midnight Suns. Circus fans who don’t even like games, I guess this is your time to shine.

The Amazing American Circus is available now for Xbox One, PS4, Switch, and PC. If you play this game, then come back to the comments and drop your own 3-sentence review below. Thanks for reading Comic Years for all things gaming, comics, and pop culture.

The Dexter: New Blood Official Trailer: Can The Revival Bring Redemption?
The Best Movies of 2013 – A Refreshing Mix of Originality and Adaptations