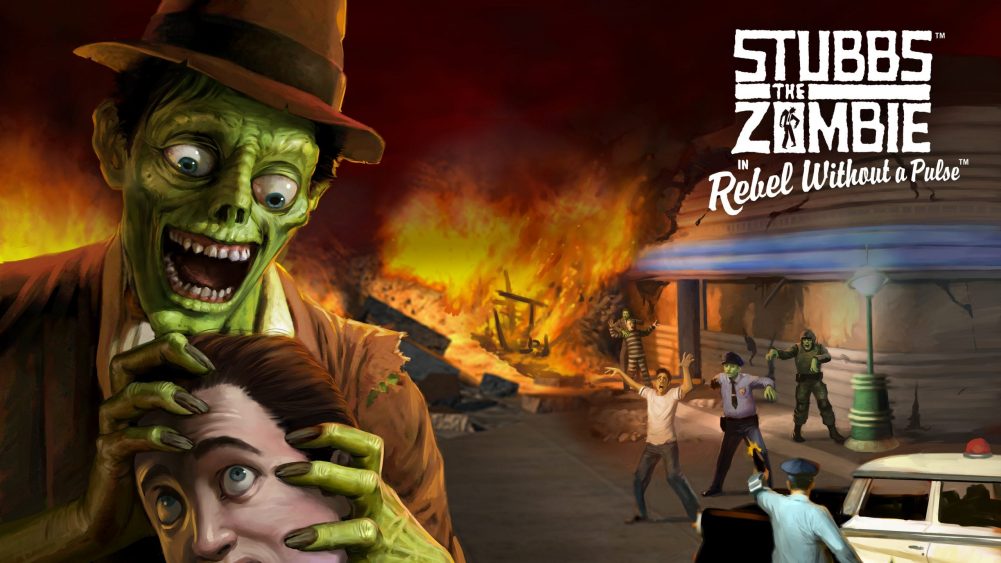 Aspyr, a multifaceted developer and publisher, knows full well what they’re getting into re-releasing Stubs the Zombie: Rebel Without a Pulse. The press release marking the game’s official launch even joked that the game was arriving “against all advice.” Is this some sort of meta love for a terrible game? Not at all. Underneath the wild premise of the game is a decent experience. Funny enough, a game like this is something I actually miss about the industry nowadays. For whatever reason, games are getting more and more serious. Sure, we like the hard-hitting stuff, but replaying Stubbs after 16 years makes me yearn for the bizarre. Stubbs the Zombie is one of the weirder game releases of the 2000s and I’m excited to share my review of the game for Nintendo Switch re-release.

Back from the Dead 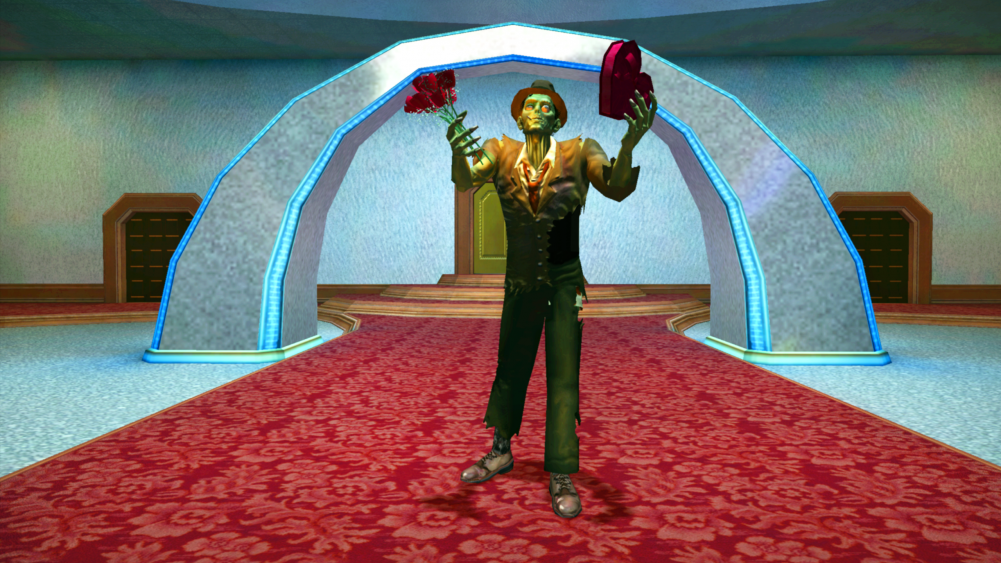 In short, Stubbs the Zombie: Rebel Without a Pulse is a product of poor planning. If you played the game back in 2005 when it released, then it probably seemed like a mistake. Many Xbox players, like myself at the time, wanted to try it for one reason. Overall, developer Wideload Games caught the eye of many for its founder, Bungie co-founder and Halo: Combat Evolved veteran Alex Seropian. Along with a small team and way too many contractors, this game promised over-the-top action and didn’t technically disappoint.

In this game, you play as Stubbs, a now-dead traveling salesman who hopes to reunite with his former love. As luck would have it, a brand new futuristic city is built on his final resting place that his love’s son is responsible for creating. Killed by his sweetie’s father, he’s out for revenge against just about everyone now. That means you’ll be eating brains, commandeering vehicles, and unfortunately, passing gas on enemies to stun them. Not so keen on that element, but it’s the tone that the game sets from the beginning.

In about 7 hours, I completed the game on the Switch at a well-running 60 FPS. The game looks spruced up a bit in color and resolution not unlike a similar upgrade I mentioned in my Star Wars Episode 1 Racer review, another Aspyr project I enjoyed. Overall, there’s a lot to like about this game if you’re not above a relatively straightforward experience. 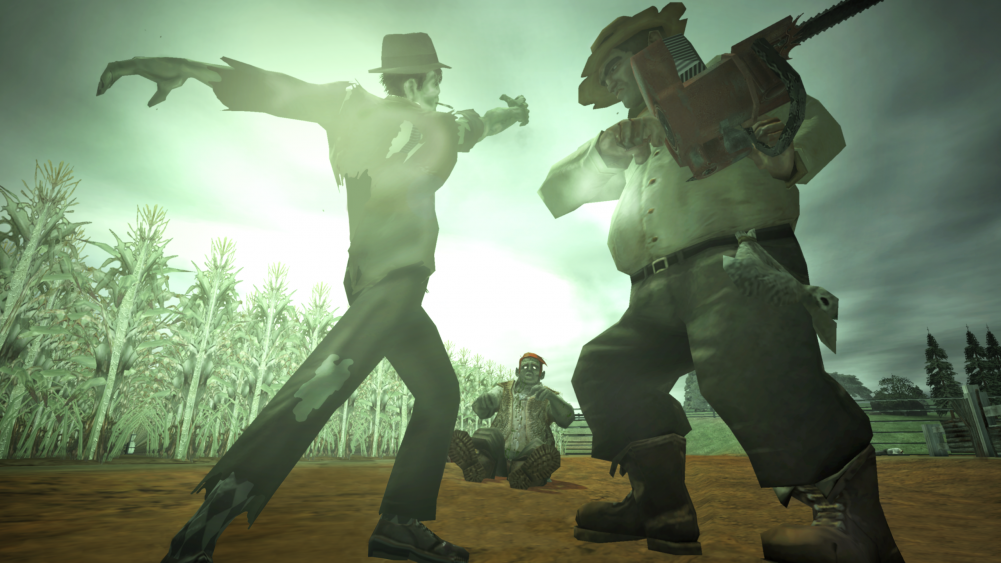 I review games on a scale of 1-10; Stubbs the Zombie for the Nintendo Switch is a 9 for me. How can a game so crude in concept and presentation by 2021 standards warrant a score like this? It’s twofold for me.

Firstly, Stubbs is an artifact of 00s games that didn’t attempt to be anything but heavy on the concept. Who cares if you do the same actions level after level? Why would anybody want jaw-dropping graphics? Give them a zombie, hordes of unsuspecting humans, and go wild! It’s a hair-in-the-wind approach I wish developers took more often nowadays. Do you know how Untitled Goose Game became a major surprise hit? It embodied the same approach: give people something silly to do and don’t overstay your welcome. In that sense, the seven-hour mark for completion was perfect in my eyes.

Lastly, the game is well translated to modern consoles. The game runs well, gives you the chance to try this wild game if you never did before, and improved everything it could without a full remaster. Aspyr is probably the finest studio when it comes to this, and that’s why I’m happy they get to work on projects like this. Bring the weirdest, wildest games from the 90s and 00s to modern consoles and let kids today see the weird shit we had to play growing up. It’s fun for everyone, seemingly low-risk, and brought me 7 relaxing hours of brain-munching fun. Overall, if you’re even keenly interested in this one, then I’d say give it a go!