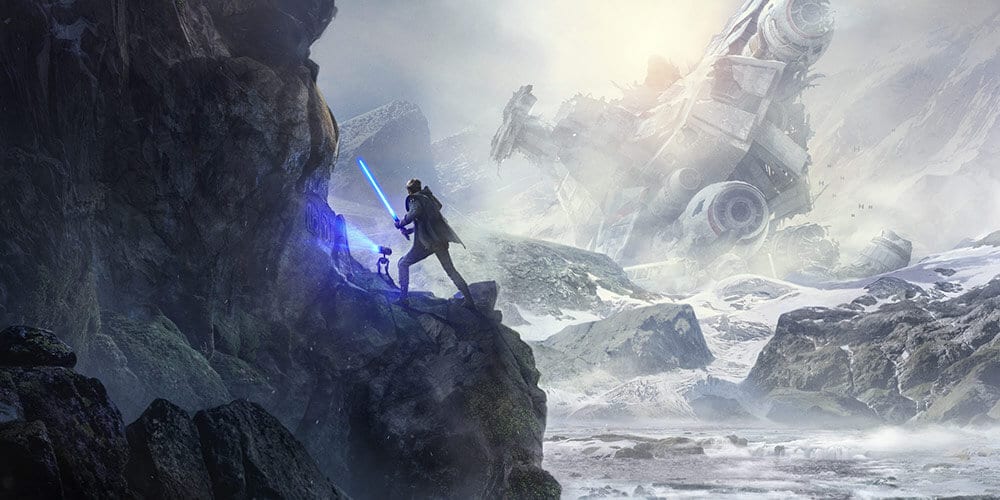 It’s not easy picking favorites when you’re talking about an iconic franchise. In terms of Star Wars movies, the list is a little shorter. Then, you take a look at the huge list of Star Wars video games, and it seems downright impossible to find the best video games they’re releasing, let alone that already are out. With Fallen Order coming soon from Respawn and EA, it seems like a good time to look back at past games set in a galaxy far, far away. Full expecting some feedback on this one, let’s take a look at the top five all time Star Wars video games.

The Top Star Wars Video Games of All Time 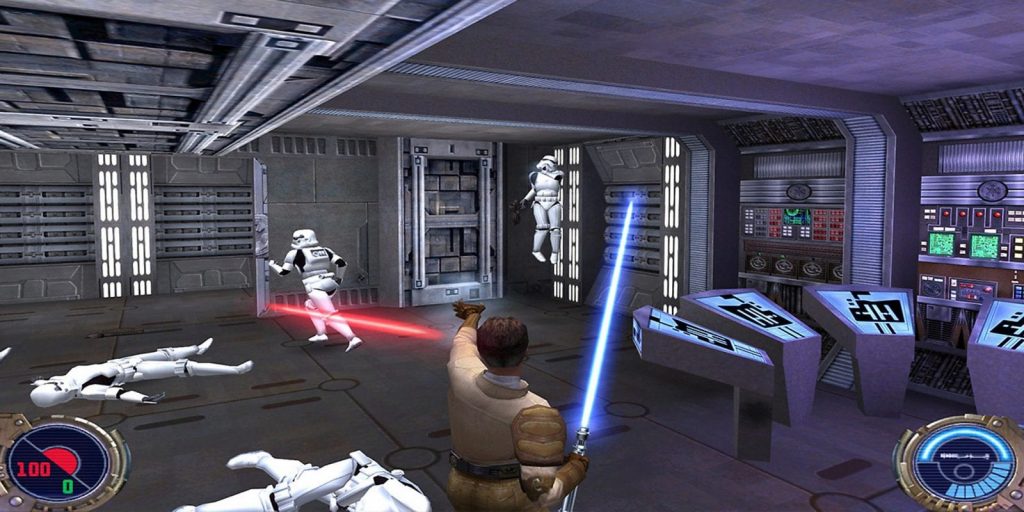 In 2003, Star Wars Jedi Knight: Jedi Academy took everyone by surprise. Star Wars video games in the early 2000s were not like how Star Wars is treated now. There were tons of them, and at that point they had been good, but not great. The game was released initially for Windows and OS X, with a port later coming to Xbox as well. Using the impressive tech of the Quake 3 engine, the game built on a strong base from its predecessor, Jedi Outcast, and gave players many more choices.

From character customization to lightsaber details, it’s one of the best Jedi builders in gaming. Under the tutelage of Kyle Katarn, your master and Luke Skywalker himself assign you missions as you progress your skills as a Jedi. The game takes place in a crafty third person camera view, with options to go first person at times. The game earned itself a sequel, but more recently, a port for the Nintendo Switch and PS4 was announced. The re-release should be out around early 2020. If you can’t wait, the game often hovers around under $5 on PC gaming stores.

In 2005, games like Call of Duty were making first person shooters a one-man show. A year before Ghost Recon: Advance Warfighter would release, sparking a resurgence of tactical first person shooters, Republic Commando did it better. The game’s HUD built-in to your Stormtrooper’s helmet served as an easy way to navigate your team. Plus, it allowed players to feel a real Stormtrooper experience, as opposed to the often depicted Jedi fighting style. Multiplayer was lacking, and the story was short, but the makings of a great tactical FPS were there. The game utilized Unreal Engine 1, and if you missed it, you can play it on Xbox One via backwards compatibility. 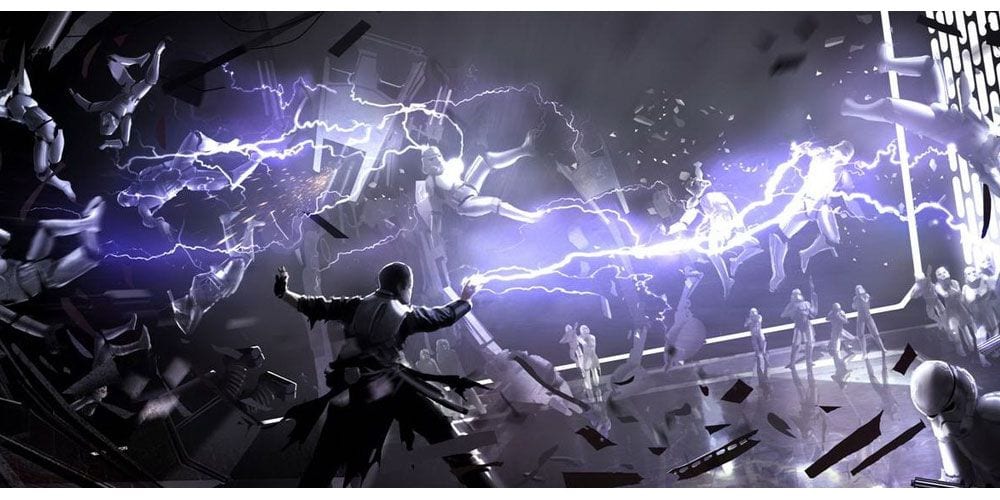 Before the Force awakened, it unleashed. The 2008 third person action title helped to bridge the gap between the first two Star Wars trilogies, and released for nearly 10 consoles and platforms. As Darth Vader’s secret apprentice, you play as Starkiller and hunt down Jedi. It’s a pretty fun mercenary style close combat game, and garnished a sequel in 2010. The gameplay, at times, is clunky, but hey, it’s part of the charm.

Before Star Wars video games earned criticism and controversy for loot crate style micro-transactions, another Battlefront series was thriving. 2005’s Battlefront II featured an insane amount of vehicles, maps, and missions. Plus, it was nearly instant-respawn gameplay that made it feel action packed nearly every second you played it.With the additions of narrative based campaign missions and a retelling of Star Wars through the viewpoint of Stormtroopers, the game was polished and nearly perfect. Also, players could finally control Jedi Knights. If you never experienced 2005 Battlefront II Yoda, you’re missing out. At the time it felt revolutionary. Compared to the DICE-developed Battlefront II that came out over a decade later, I’ll still take the 2005 version. 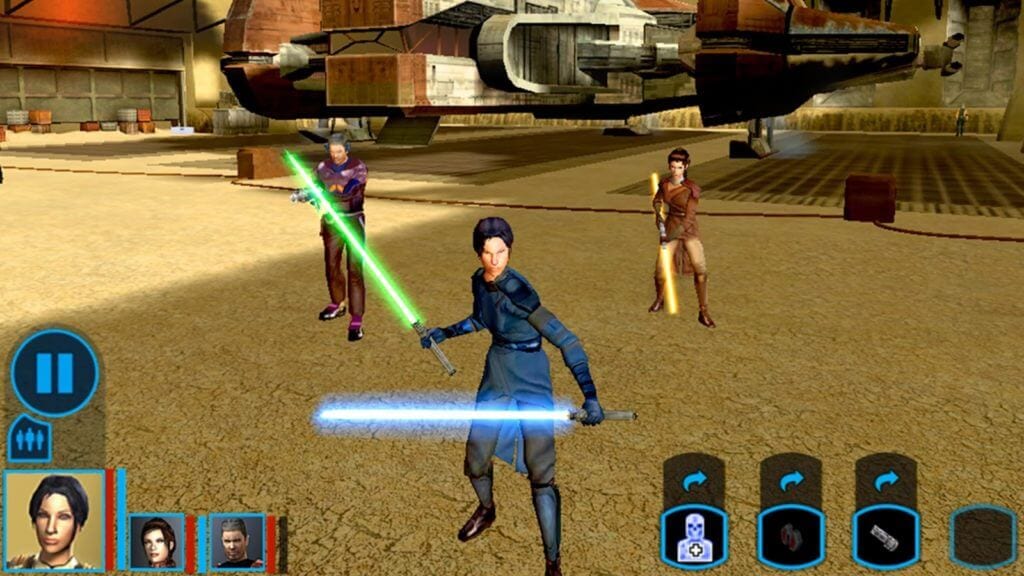 If you’ve played the number one game on this list, you understand why it’s the top title. BioWare built its cult following on this game, and for a title released in 2003, it’s still one of the few games I go back and play every couple years. 4000 years before the Galactic Empire, a Sith armada runs the galaxy. As you create a character, you decide to either help the Sith, or fight as a member of the Republic. With amazing voice acting, great decision making that actually alters the game, and a good story, the game is hands down the strongest Star Wars video game. Its sequel, KotOR II- The Sith Lords, is great too. Now, the game series is an MMORPG.

This list is tough to make, but a newcomer might end up on it one day. Star Wars: Fallen Order releases this October, and could possibly be the next great Star Wars video game. It’s too soon to tell just how fun it will be. From trailers, the hope is at least alive.