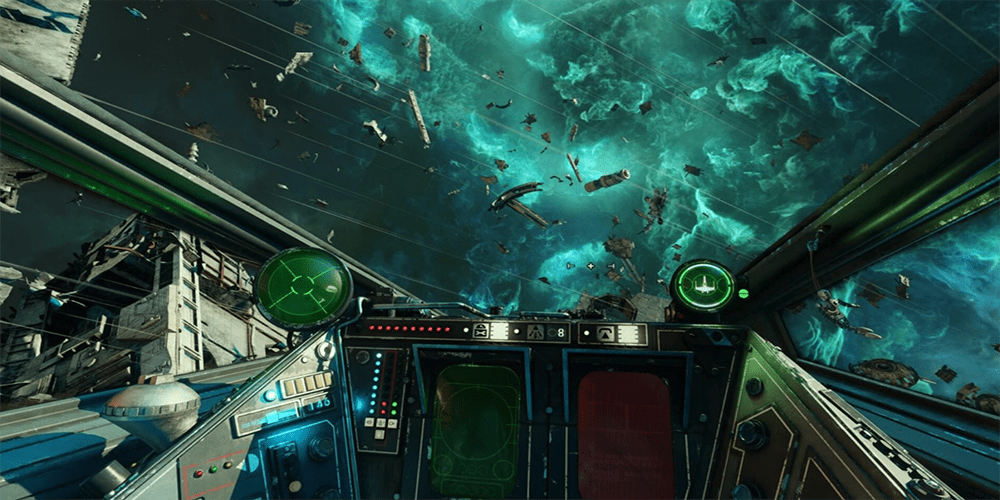 Star Wars Squadrons is out now and everyone is living out their starfighter dreams. We’re planning on helping out with some tips and tricks to get you Rogue One ready. First up, we’re talking about Star Wars Squadrons loadout tips and tricks. Four unique classes of ships make it incredibly easy to get lost in the fray. Customization can take time and learning, but hopefully, we can give you a headstart. 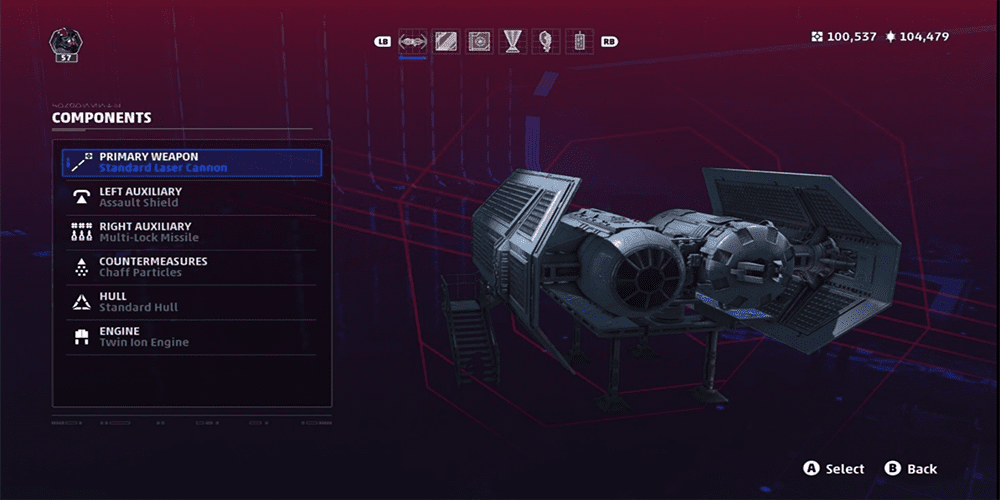 We’re starting first with the likely two most popular classes. First up, let’s talk about bombers. In this new EA game, players get to pilot either Y-wings or TIE bombers. These ships do the heavy lifting for the squadron. There are essentially two ways to go: major offensive or locked-and-loaded defensive.

Firstly, a great option for weapons is the Krupx JR-89 Ion Cannon. This cannon targets shields effectively and quickly. The faster you get shields down, the sooner you can turn to your aux options. Mixing things up with a dual attack of the ion and proton bombs help to deal massive damage when defenses are low. With the Fabritech Dampener Hull in action, you can also keep an eye out for those looking to intercept your ship. Combining this with the boost-friendly Incom SLAM Engine can make getaways a breeze. If you’re concerned about max speed being lower, then don’t be. Your maneuvering can help keep you away from any trouble if you’re always attacking with strategy.

The other option at your disposal is to stick to defensive builds. This might lower your overall speed, but you’re able to head right into the fight. A huge element to this approach are your aux choices. Firstly, Sienar Seeker Mines can help you pick off enemies that escape your reach. Likewise, the Sienar R/D-77 Assault Shield can assist you in dealing blows in close quarters. Let’s say things don’t go your way. If you’re in trouble, then you have one final card to play. Equipping the Unstable Twin Engine allows you to explode upon death. This might not kill your enemies but it does damage them. This can mean a huge difference for your team. 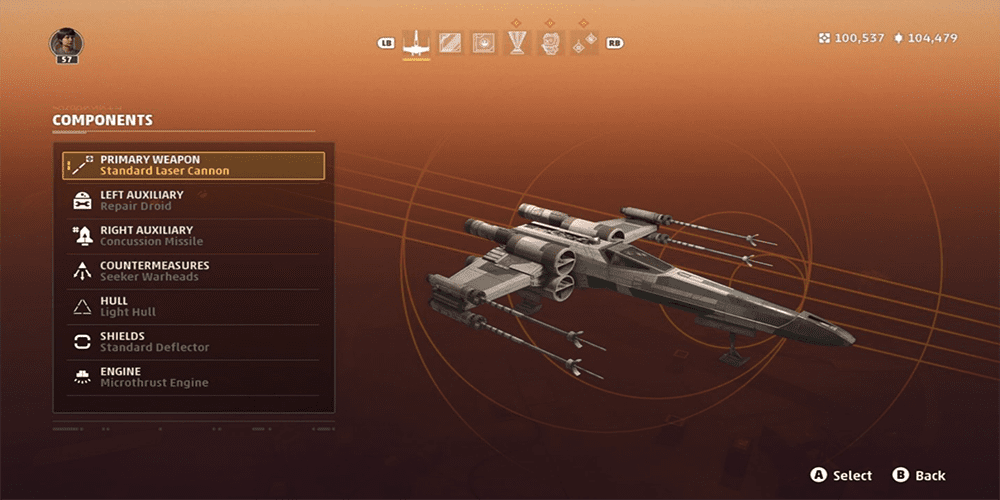 No Star Wars Squadrons loadout tips would be useful without addressing the fighter class. The excitement around Squadrons comes partially from reviews and impressions of the single player preview and connects directly to this iconic ship class. Firstly, the versatility of this class leaves a lot of room to get creative. We recommend either building a well-rounded ion commander ship or an infiltrator.

Firstly, the ion cannon build can allow you to focus on flyovers and attacks that limit your exposure. ArMek Barrage Rockets keep you dangerous while the Astromech Repair Droid allows you some protection. It’s a great combo that doesn’t hurt your ability to cut through shields or damage enemies. If you’re worried about escape plans, then equip the Koensayr Microthrust Engine. This powerful boost to your engine can allow you the getaway you need if things get dicey.

Building an infiltrator is a bit different. Your goal with this approach is to deal damage to capital ships and dominate dogfights. I would say this is definitely for more experienced players, but it doesn’t hurt to try if you’re curious. Dual aux torpedos give you the power to overpower your enemies on your way to the capital ships. Sensor jammer countermeasures allow you to sneak by some, but this class build is really for the bold. By overcharging a Twin SLAM Engine, you can enter torpedo range of the main ship and deal major damage. Boost away from the chaos and then do it all over again thanks to a great combo of speed and firepower.

If you’re loving Star Wars Squadrons loadout tips, then let us know in the comments! Thanks for reading Comic Years for all things gaming, comics, and pop culture.

Take A Look At These Awesome Concept Art Images From Ralph McQuarrie For Star Wars
The Walking Dead: World Beyond Premiere Review – Enough To Give Us Hope