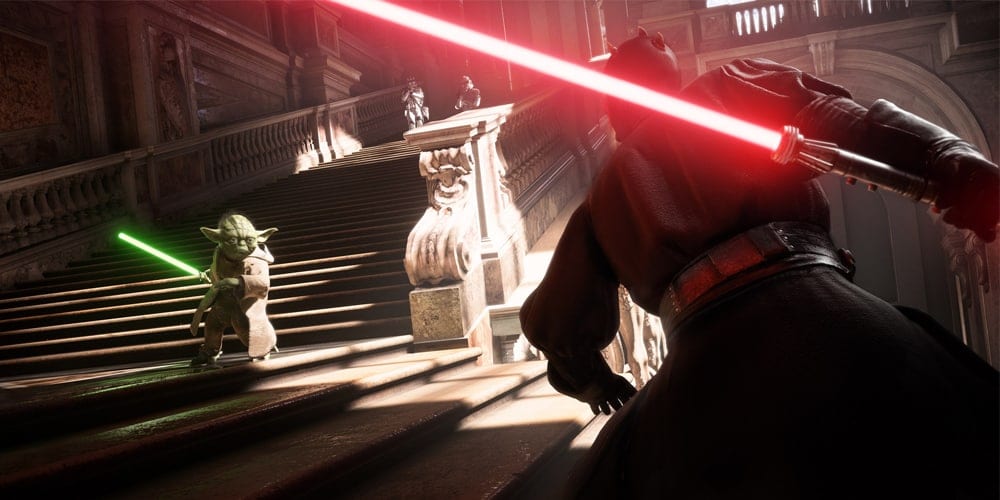 Tell me if this sounds familiar: EA canceling a Star Wars project because of development issues. Well, Kotaku is now reporting that a Star Wars Battlefront spinoff nearly got rolling for a 2020 release before EA gutted the project. Here’s what we know thanks to anonymous employees at the company’s studio, Criterion.

What Led to the Star Wars Battlefront Spinoff Getting Canceled?

Criterion is a U.K. based developer known best for racing games in the Need for Speed series. Well, it appears that new information points to the team being nearly assigned a Star Wars Battlefront spinoff. The game, code named Viking, was going to be a Star Wars Battlefront game but with open world gameplay. The prospect could have been really exciting, but think about it. The actual content in Star Wars Battlefront 2 is already massive (particularly with the celebration edition). Now, imagine an open world version of that experience. Kinda hard to pull off in your imagination and wildest dreams, let alone reality.

EA Vancouver led point for the Star Wars Battlefront spinoff, but immediately saw issues from the start. Criterion entered in the mix to help with design and prototypes, but logistics got in the way. UK-based Criterion being so far from the EA Vancouver studio was an immediate problem. Consulting and collaborating from so far away is a huge difficulty. Then, other issues seemed to start popping up in regards to vision and implementation. An anonymous person involved in Viking said there were just “too many cooks” in the kitchen.

What Do We Know About the Star Wars Battlefront Spinoff?

Criterion’s goal was to put a huge emphasis on story and characters in the spinoff. Not unlike Jedi Fallen Order, the goal would have been to create an ambitious experience in the expansive Star Wars universe. The presentation of Respawn’s Star Wars game made it one of the best games of 2019. That doesn’t just happen without major efforts, and splitting work between two continents makes it even harder. Because development on Viking started in 2018, EA immediately saw the 18 month work time wasn’t going to pan out.  The publisher folded on Viking in 2019, but we just learned about the game’s existence now.

EA’s Mishandling of the Star Wars

We already lost out on many games in the Star Wars universe under EA’s control. Sure, Battlefront 2 rectified itself after a terrible start. Still, EA is going to lose the exclusive license on Star Wars in 2023. I can’t say I’m eager for them to pen a new deal. I am eager, however, to dive into season 7 of Star Wars: The Clone Wars, which released episode 1 on Disney+ this week. If you’ll excuse me, then I’ll go enjoy some Star Wars content that actually did get finished.

Did you enjoy Star Wars Battlefront 2 enough to feel saddened about the canceled spinoff? Let us know your thoughts on Star Wars games below! Thanks for reading Comic Years for all things gaming, comics, and pop culture.