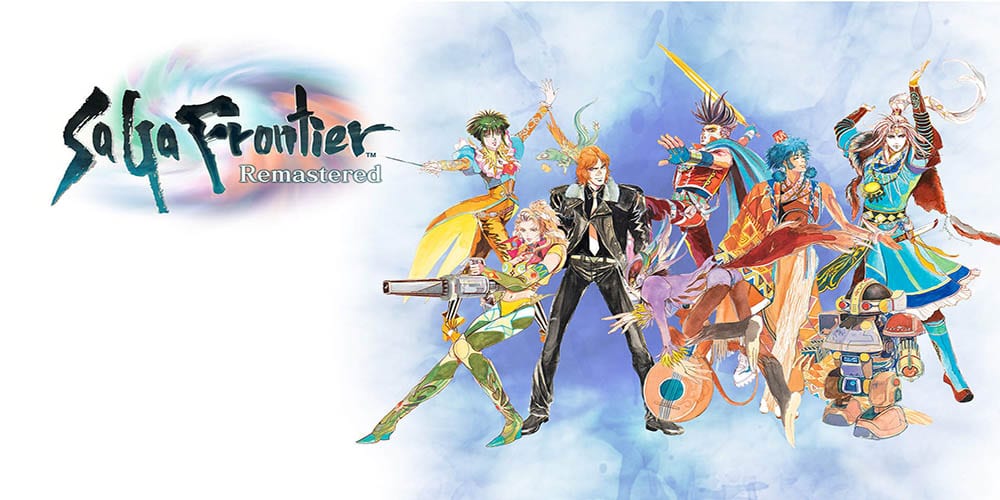 SaGa Frontier Remastered is a return to a beloved cult hit 23 years later. This exercise usually means two things. Firstly, the updates in a remaster are going to help make the retro title better than ever in terms of presentation and UI. Of course, it also means that the base game and its core offering as an experience are going to be rehashed for better or worse. The divisiveness of the SaGa series among Western gamers is one I don’t feel needs hashing. This is not a series meant to hold your hand as you learn its unique mechanics. Take time to explore them for yourself, however, and you’ll enjoy yourself. Square Enix is giving you another chance to try an entry in the series with modern trimmings, so is it worth it? Here’s our review for Saga Frontier Remastered on the Nintendo Switch.

Great Updates on an Unconventional Experience 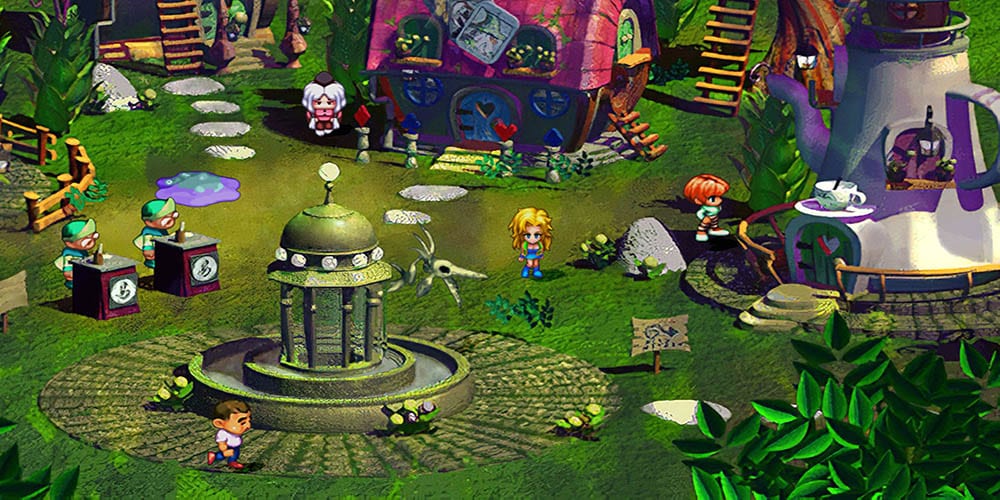 SaGa Frontier Remastered dates back to a time when JRPGs didn’t necessarily keep Western players in mind. Hell, it’s not even always thinking about its Japanese audience either. Originally released on the OG PlayStation in 1998 (1997 in Japan), SaGa Frontier features familiar elements of a JPRG with all the confusion of its unique battle system and narrative progression. Choosing from seven characters at the start feels like a blind entry into the game. No worries; wherever you start, you’ll be a bit blindsided by the lack of guidance either way. This is absolutely a game where I’d recommend having a guide handy.

The game’s lack of introductory measures to ease you into the experience is worth pushing through. If that’s not the type of gamer you are though, then don’t. Your gaming time is finite, and I’d say that hardcore JRPG fans will find much more in this title than someone intrigued by the thought of JRPGs and their art style. You know who you are. The real gem here is the battle system. While the story and path to progression seem disjointed and convoluted at times, the battle system is wonderful. You will be punished for spamming attacks, so take time to learn how things work. My advice? Learn the intricacies of the various Point systems before assuming it’s too much to understand.

If you dive into this game assuming you’ll be defeated by confusion and frustration, then you likely will be. That said, learning the game’s intricacies can make this a rewarding experience. Not to mention, the game’s difficulty at times gives you a strong sense of accomplishment as you traverse the campaign. 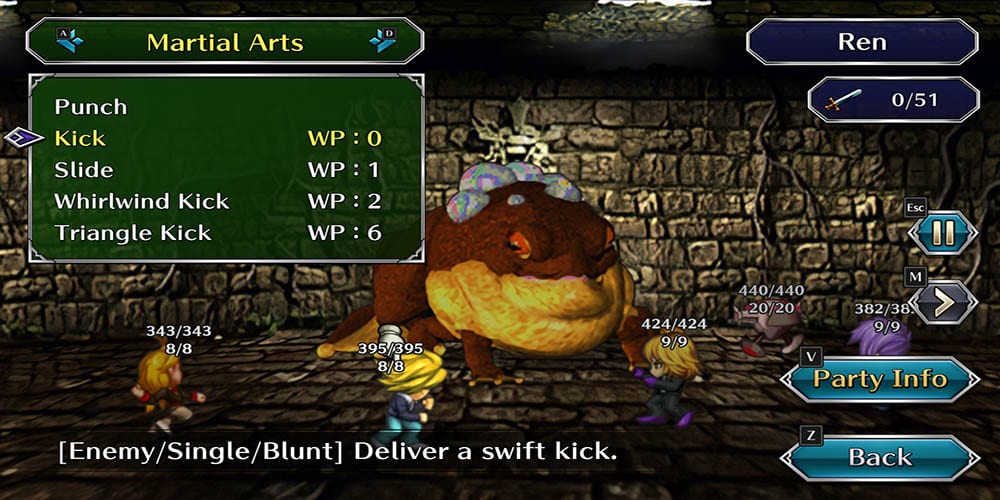 I review games on a scale of 1-10; SaGa Frontier Remastered is a 7 in my eyes. The tough difficulty and lack of structure to progressing areas and your characters are daunting. It’s an experience I assume that pairs much better with nostalgia than it does going into the game blind. That said, give this game time to marinate on your mind and there’s a lot to love. The smoothed sprites and speed tools that come standard with many remastered JRPGs from the 90s are wonderful here. Square Enix knocked the modernization of the game’s presentation out of the park.

It seems silly to say this but if you’re not a JPRG fan, then don’t start here. Something a bit more palatable for Western players like some of the many RPGs releasing in 2021 fit better for newcomers. If you are a JRPG fan, then don’t expect to walk into SaGa Frontier with your experience and assume you’re good to go. This game’s lack of navigable paths, an XP system, and unpredictable difficulty spikes will knock the pompous JPRG player on their ass. Be patient, give it time, and soak in all the weird fun there is waiting for you in this game.