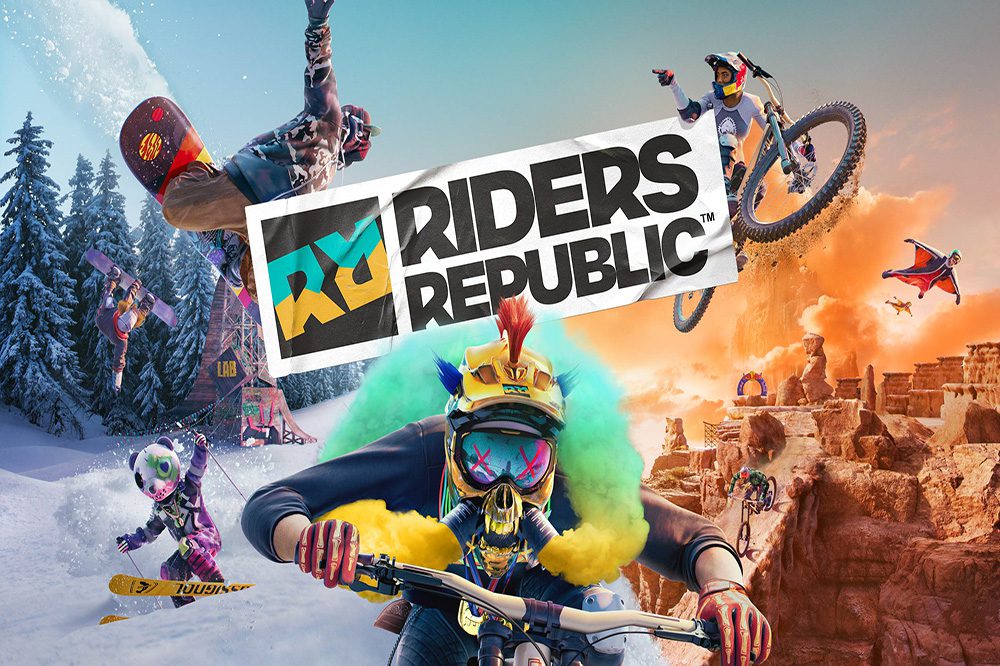 Extreme sports fever was huge when I was growing up. As a 90s kid, there was this weird obsession in pop culture with skateboarding and snowboarding. Even BMX had its moment. While I never mastered those realms, I did know my way around a Razer Scooter. And yeah, I was brave enough to try little jumps with it. So, you know, I understand the thrill of an adrenaline rush as you brave a sick trick or daring feat. In Riders Republic, you get to master various extreme sports on a gorgeous landscape of environments in an open-world setting. When Ubisoft announced this title, I was certainly intrigued. After playing it for the better part of a week, I’m downright sold on this being a surprise hit for 2021. If you’re a fan of extreme sports games or just looking for some adventure, then read our review of Riders Republic. 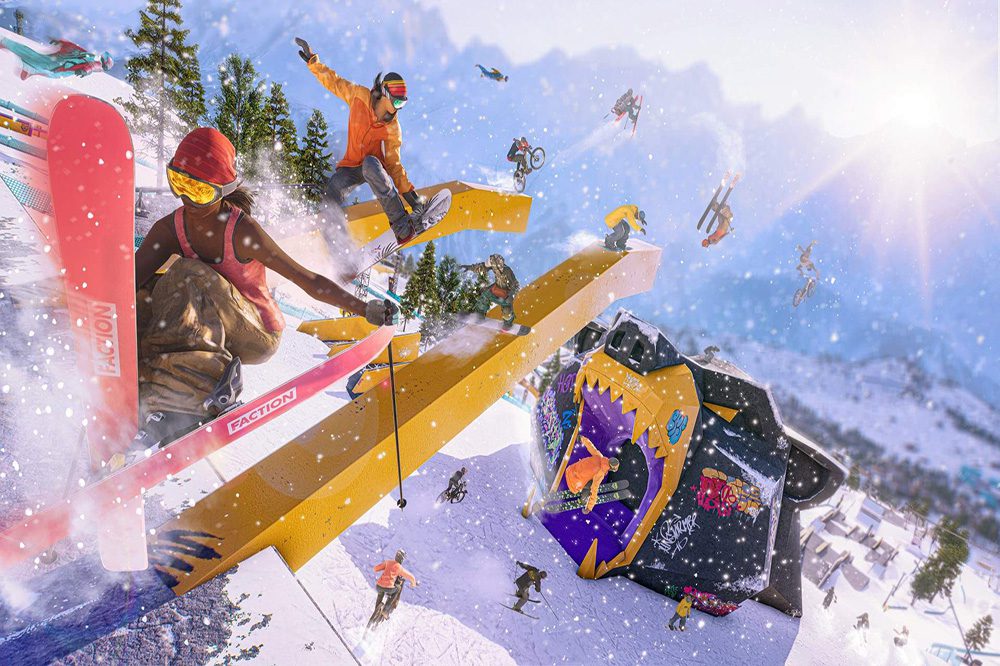 First thing’s first: Riders Republic looks gorgeous on Xbox Series X. If you’re a fan of visuals when it comes to outdoor environments, then this is an immediate plus for you. Overall, I predicted that the visuals for Riders Republic would be solid after Ubisoft Forward at E3 2021. What took me by surprise when working on this review was how much damn fun the gameplay is. You can argue that an extreme sports title is going to limit you in what you can do. How many ways can you ski and mountain bike, right? Well, adopting a Forza Horizon style open-world was genius and keeps content fresh from the very start.

When approaching the review for Riders Republic, I didn’t want to spend a ton of time detailing the story. That’s because quite frankly I don’t care much about any of the NPCs or story elements. Overall, you have to include them, but they’re not what shines here. I can split things I love about the game into two categories: environments and actual gameplay. Let’s knock out visuals first.

Using GPS rendering, there are seven regions in Riders Republic to explore. From Yosemite to Sequoia, the areas in this game look stunning on new-gen consoles. As you explore landmarks, hunt for relics, and seek collectibles around the massive map, you have a lot to soak in when it comes to visuals. I don’t always use Photo Mode in games, but I found myself playing with it quite a bit in Riders Republic. The in-game camera even offers editing tools for brightness, contrast, saturation, and aperture. Ubisoft knows the game looks good and gives you tools to show it off, which I love.

Riders Republic is As Fun as It Looks 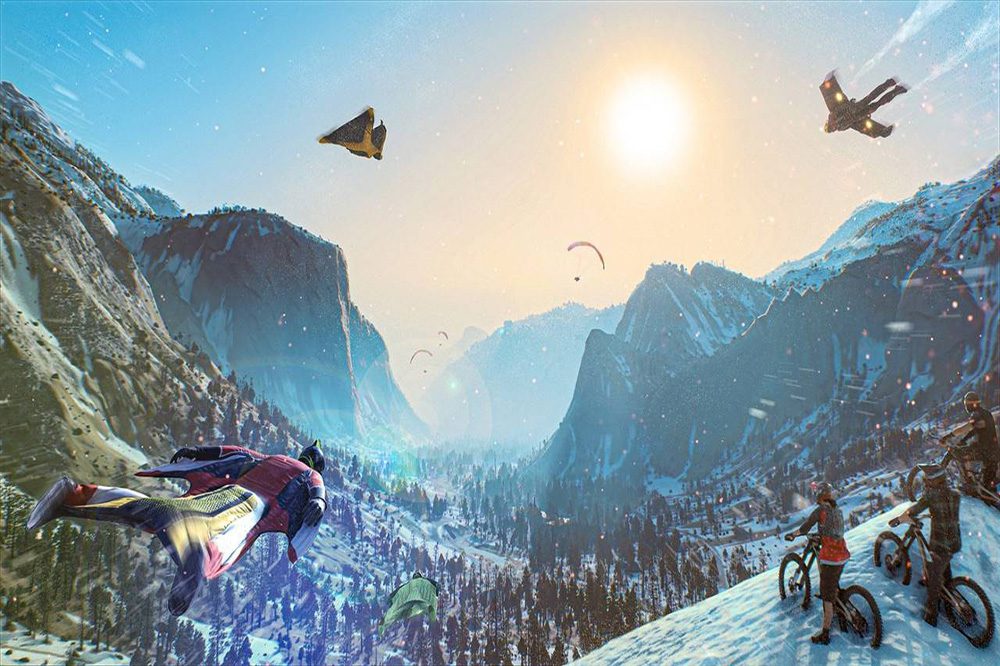 If you see an extreme sports game, then you sort of hope it’s going to be as thrilling to play as it looks. Good news: Riders Republic delivers the thrills in its gameplay. Currently, the game features three main sports: Ski & Snowboard, Mountain Bike, and the Wingsuit. Ubisoft mentioned these being the sports offered “at launch” which leaves me hoping there’s room to include more in the future. The sports that come with the game now, however, are enough to keep you busy.

On that massive map I raved about, you tackle different races, trick competitions, and challenges to earn stars that open up new challenges. Each race or competition also unlocks new gear for you, which I found to be a nice touch. You’re literally always getting new toys to play with, which is perfect for a game like this. There’s integrated multiplayer too, meaning the world is filled with other players who are exploring just like you. It feels like a giant extreme sports camp where you all showed up to have a good time. Funnily enough, that’s the premise of the game, just in case you skipped the cutscenes and missed that part.

One feature I love a lot is Zen Mode. This takes away the challenges and just lets you explore. Pick a point on the map, drop-in, and ride. It’s really nice to just sort of explore while winding down for the day or turning your brain off for a bit. Of course, when the action calls back to you, you can answer it and return to the hundreds of challenges that await. 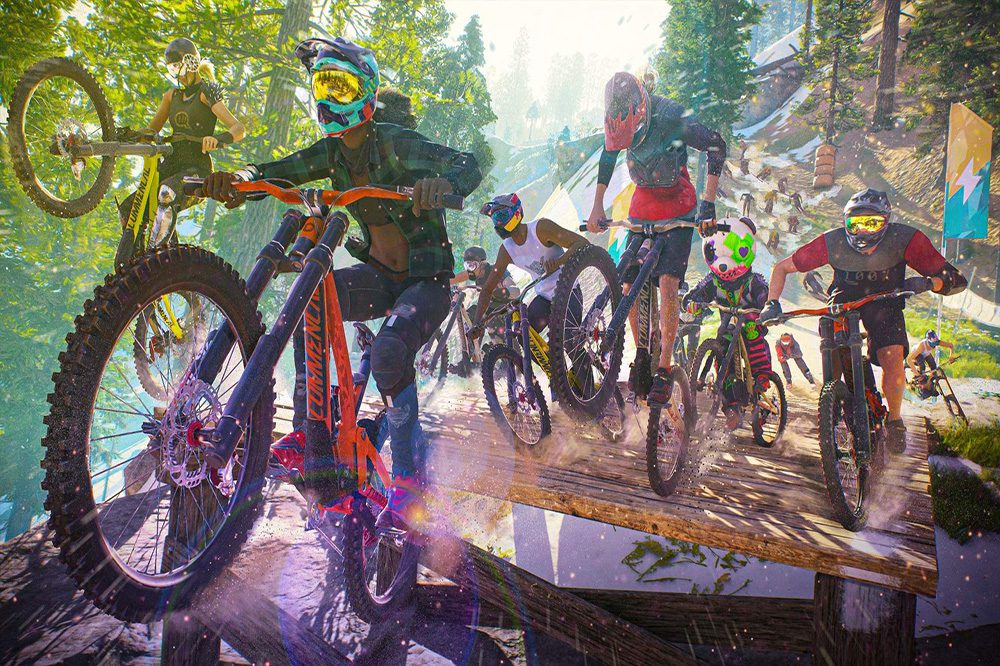 I review games on a scale of 1-10; Riders Republic is a 9 for me. The fun factor this game alone makes it worth a purchase. There’s so much to do and it’s exhilarating to check out the gorgeous areas that await you. Some weird bugs with multiplayer integration like running into players while trying to complete challenges is annoying. Likewise, there are moments in the races and challenges that feel a bit janky. Things like the controls are great, but sometimes things like drifting into turns feel like the game is holding your hand a bit. Plus, I mentioned the story isn’t all that worthwhile to follow closely. Otherwise, I don’t have complaints about the overall experience.

If you’re looking for a game with tons of content, then this is a great choice. With pop-up challenges you can compete in against other players online to precision courses that test your riding ability, there’s so much to do. While this isn’t as silly or brash as the open-world Tony Hawk games, it’s just as fun. I mean, there’s even a great soundtrack. Between the great visuals, the gameplay, and the overall fun factor, Riders Republic is one of the most pleasant surprises of 2021.

Riders Republic is Available Now for Console and PC

You can pick up Riders Republic right now on Xbox Series X|S and Xbox One, PS4|PS5, and PC. If you check out the game after reading this review, then let us know what you think in the comments. Thanks for reading Comic Years for all things gaming, comics, and pop culture.