Revenge Of The Sith Retro Review - The Game - Comic Years

Home » GAMING » Revenge Of The Sith Retro Review – The Game

Revenge Of The Sith Retro Review – The Game 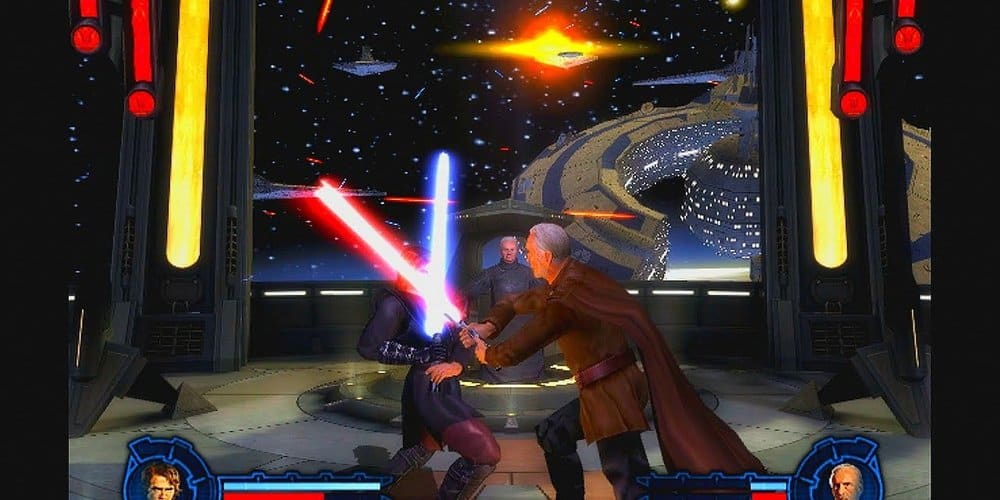 As a child of the mid 90s, I grew up heavily impacted by the Star Wars prequels. I remember attending a birthday party to see The Phantom Menace, having no knowledge there were others released decades ago. I became obsessed, and after seeing The Clone Wars, I was all aboard the hype train for Revenge of the Sith. In the build-up to the movie’s release, LucasArts and The Collective developed a game for the film. As much as games adapted from movies usually, well, suck, I think this one really did capture the fun of the Star Wars prequels. Let’s dive into a Revenge of the Sith retro review for a game I still revisit to this day. 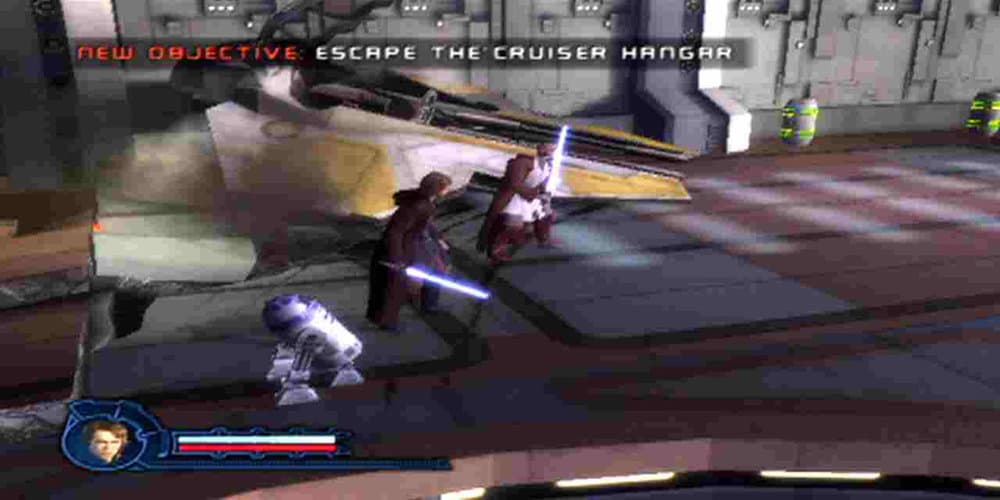 The Star Wars prequels are somewhat divisive. They really turned the magic of the originals on their head, opting for more modern elements of filmmaking. I’m a huge fan of them myself, which I can’t tell says more about the power of media competition during youth or the films themselves. Honestly, Star Wars reviews are always divisive. Even A New Hope received mixed reviews. One quote found a reviewer at The Wall Street Journal calling the film out for taking “delight in the awful simply because it’s awful.”

Even The Rise of Skywalker found some loving the finale to The Skywalker Saga, and others calling it a mess. Such is the nature of media with a fervent fanase. Well, despite all the response of the Prequels, Revenge of the Sith is largely celebrated. The game adaptation is no exception, with reviews across platforms ranging around 7.8/10 on Metacritic.

Development of the Game

The game, like many movie-based video games at the time, was a no brainer. Kids would buy it, and video games served as a great tool to drive marketing for a major blockbuster. The Revenge of the Sith game began development with help from Star Wars experts. One in-game development aide was film stunt coordinator Nick Gillard, who even got his own character in the game. Voice acting was fairly easy to find, with most of the characters being voiced by their actors from the animated show The Clone Wars.

Two main game modes were the focus of development. Firstly, a single player mode followed Anakin and Obi-Wan through the film’s narrative, cutscenes and all. Over 17 levels, players could add experience points to each character’s capabilities. Another game mode featured duels between the Jedi of the film. The available characters included Obi-Wan Kenobi, Anakin Skywalker, Count Dooku, General Grievous, Mace Windu, Cin Drallig and Jedi padawan Serra Keto. Unlockable through a few achievements also brought Darth Vader and “Ben Kenobi”, circa A New Hope, to the roster.

What Makes the Revenge of the Sith Game So Great – Is it Worth a Retro Review?

I think there are some games we love at the time that don’t stand up years later. I actually went back and played the Revenge of the Sith game for this review, having last revisited it a few years back. Overall, I actually return to the game every few years when the Star Wars bone in my body starts feeling stiff. There are a few key elements to the game that I think really get executed well. 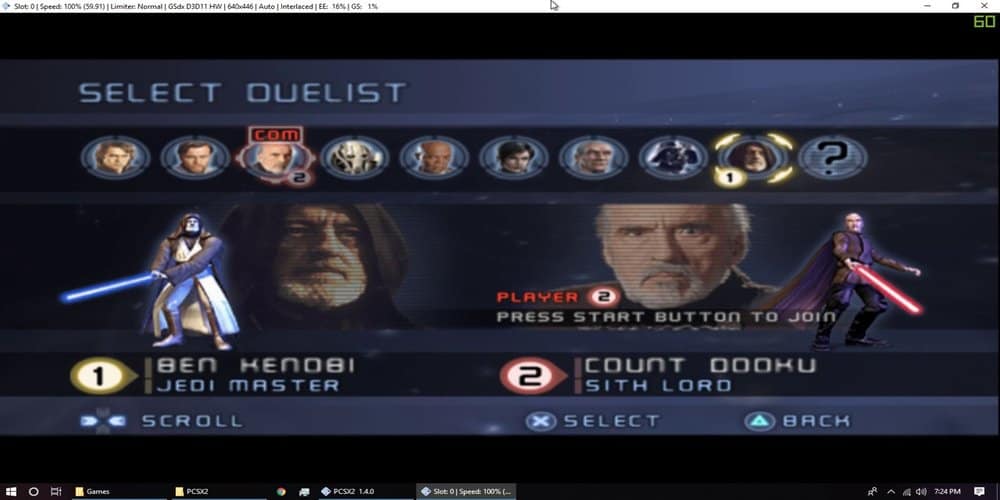 As you can see in some gameplay, the multiplayer mode of the game is stellar. Jedi combatants move in a side scrolling manner, yet can interact beyond a 2D plane thanks to responsive environments. The voice acting during fights is kept to a minimum, and even represents personalized dialogue depending on the pairing. For example, Mace Windu yells “this has gone far enough, Anakin” during a battle with the soon-to-be Vader, calling back to their scene together in Palpatine’s Office. The game mode is smooth, features great sound effects, and offers countless hours of fun. 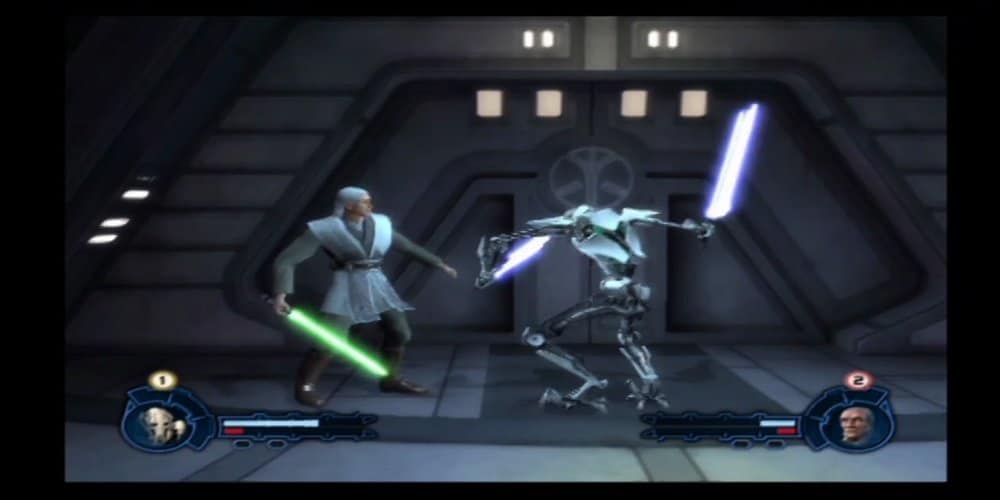 Even at the time, the game wasn’t necessarily a visual tour de force. To supplement the story told in the single player mode, the game takes advantage of the movie itself to use cutscenes in between gameplay. It’s a huge plus for video games based on movies to have this footage. As you can see in the LEGO Star Wars games, it’s not impossible to recreate scenes from a movie with animations. Still, the effectiveness of cutscenes in the Revenge of the Sith game make it a really great overall presentation.

Even just a few years ago, playing through The Phantom Menace video game was a trudge. The controls felt choppy, animations looked lackluster, and it wasn’t that much fun to play. In the Revenge of the Sith game, everything is enjoyable, from gameplay to the duels. It might not look like a current gen game, but I think the gameplay still holds up today. I still think it’s below the experience set by Star Wars Battlefront 2, but what retro game isn’t worse than something released a decade later?

Final Thoughts on the Revenge of the Sith Retro Review 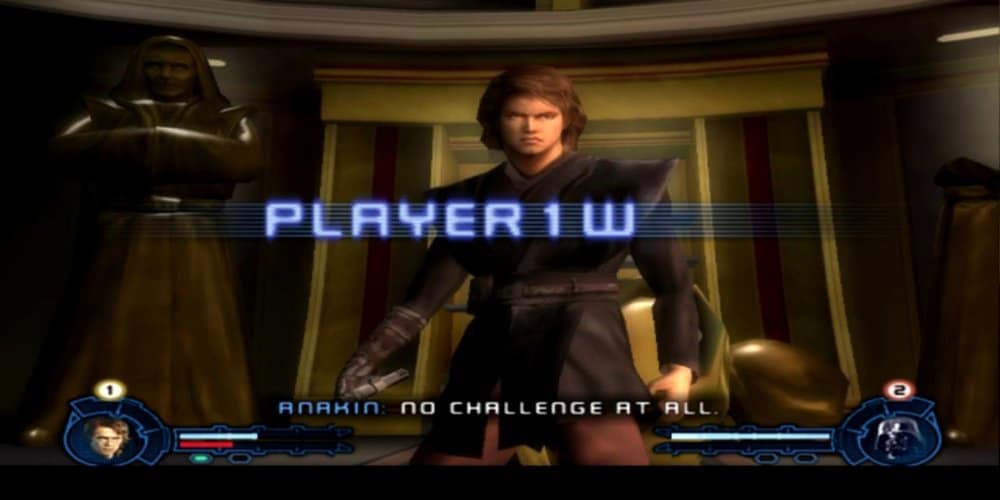 With a few 2.5D handheld experience released, as well as the console experience, the Revenge of the Sith game really knocked it out of the park. A good video game based on a movie should be immersive and entertaining, just like heading to see its counterpart in the theater. Revenge of the Sith nailed it, and was fully deserving of a retro review. With things like the Battlefront 2 Celebration Edition, we’re sort of spoiled now with Star Wars games. For me, this one still holds its own!

What game would you like to see us do a retro review for next? If you have an idea, then let us know! Honestly, it might be fun to run through old Star Wars games, or maybe some comic favorites? Drop your ideas in the comments! Comic Years is your favorite place to read all about comics, movies, and games!

Castlevania Season 2 Recap: Expanding The World Of Dracula And His Kingdom
Set Video of Woody Harrelson as Cletus Kasady Shows Him Doing…Something Bad?