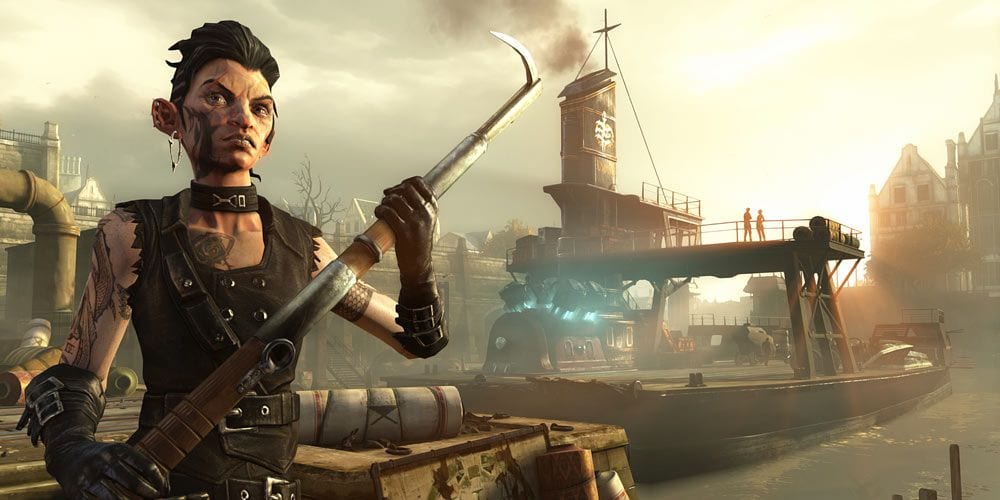 I could drown in the backlog of games I have on my Xbox One. Thanks to backward compatibility, I’m revisiting a lot of games I played in the past. Does that mean I’ll take the time to play my never-touched titles? Probably not. My psyche right now wants familiarity and stability. That’s why I decided to go with another playthrough of Dishonored. The game was released in 2012 but received a suped-up Definitive Edition on Xbox One. In fact, you got this version for free if you purchased Dishonored 2. I’m hoping for a third game someday because after replaying this game again, a Dishonored retro review felt necessary. It’s honestly probably one of the most underrated games of the last decade. Here’s why.

What is Dishonored About? 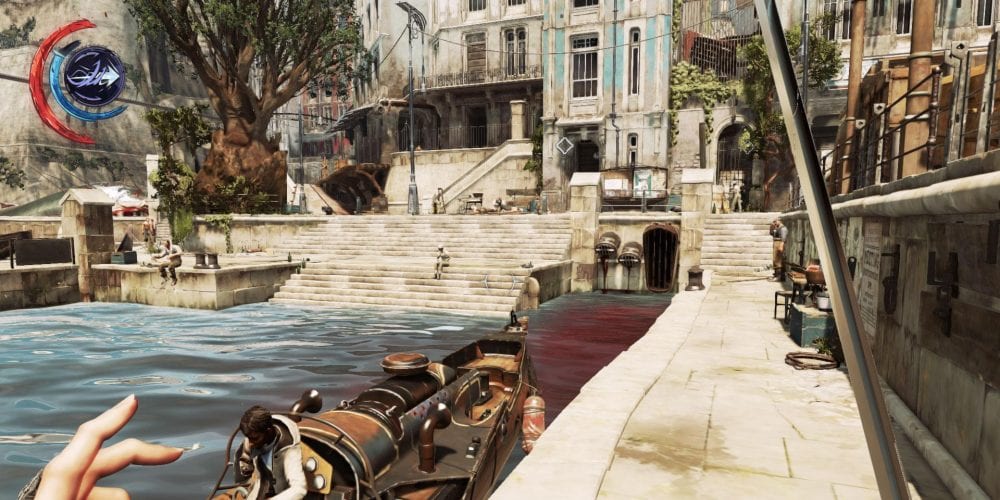 Dishonored features a fairly well-built world and lore. In the fictional city of Dunwall, the plague is running wild. We’re expected to assume this is a problem that stems from rapid industrialization. The city is the capital of the Empire of the Isles, where an empress rules over the people. Criminals kidnap the empress’ daughter in what seems to be the boiling of a long-developing crisis. Due to the plague and a massive income inequality a la, well, all civilizations ever, martial law is in place. Whether it’s really to protect the people is up to you (it’s not at all, but you realize that immediately).

Instead, the corrupt city uses Tallboys to defend the rich who feature mechanical legs and other powerful weapons to defeat naysayers. Your character Corvo, who is framed for the kidnapping of the empress’ daughter, gets in touch with the Loyalists, who hope to overthrow the government. The plan was to place the empress’ daughter in power, but obviously, she’s gone now.

Given the game’s complicated political and social commentaries, it’s no wonder the game leans heavily into its themes of power and corruption. As you play the game, you meet many figures who have inside info from flawed members of the government. Likewise, your allies don’t all turn out to be looking out for the common good. There’s no point in my playthrough of this title where I feel like I’m entirely sure what’s coming. It’s very refreshing given the predictability of many story-driven games. I’m just as impressed with the gameplay as I am with the story. While the mechanics and stealth of Dishonored warrant a retro review, I wanted to touch on its story first because it’s truly wonderful.

The runes you obtain in-game allow you the ability to do different magic-like moves that help you progress through the story. One such move, for example, allows you to see through walls. Others allow you to control Plague rats as a weapon or even transport yourself a short distance to get past Tallboys. All of these elements fit nicely in the game’s core intention of gameplay: stealth and sneaking. It’s possible to complete the game without killing anyone.

While that’s fun every now and then, I find the arsenal of moves and weapons Corvo has at his disposal far too fun to pass up. Nobody tells you not to kill people per say, but it’s ideal to avoid combat as often as possible. The game operates with a “chaos” system that records the amounts of friendly fire, violence, and deaths the player causes. The more harm you cause, the more chaos you bring to the story.

There is no formal punishment for killing enemies. However, you might find an NPC who doesn’t want to work with you given your reputation for violence. It’s an interesting way to inflict a morality scale into the game without calling the violent actions good or bad. Likewise, you have choices in the game as to how you go about eliminating bosses and deciding the Loyalists’ next move. These choices do impact the game, which has multiple endings and can really determine what sort of denouement you land upon.

I write retro review scores on a scale of 1-10; Dishonored is a 10 for me. The graphics, while dated in 2020, are passable. The story and gameplay shine and really leave me longing for a similar experience in the next-gen. Would Bethesda consider releasing the third game in the series? Maybe, maybe not. What I do know is that a next-gen engine with this sort of gameplay and mechanics would be heavenly. 60 FPS, 4K stealth games are one of the genres I most look forward to when I buy a next-gen console. With the performance of these consoles, the stakes will feel even higher with photorealistic graphics and ray-tracing.

I’m also a huge fan of the political and social elements of the game. No video game ever nails the fragility of economic inequality quite like it intends to. Bethesda’s studio writers do a particularly good job across all their titles. Arkane Studios, who handles these Dishonored games, feels more in-tune to the issues arising in the plot than most other games. I appreciate Dishonored given the conversations we’re having collectively about wealth hoarding and injustice for working people.

What did you think about Dishonored, and will you consider playing it after this retro review? Let us know in the comments!