The new Pokemon games, Sword and Shield, are coming out next week. It’s been quite a build-up for the popular game series. On the one hand, a move to a region in the United Kingdom should yield really fun changes. On the other hand, The Pokemon Company is not including the full Pokedex, which is essentially the ability to catch or transfer any Pokemon into the game. Let’s play catch up on what is happening, as well as go over some major Pokemon Sword and Shield leaks that are now online.

Sword and Shield Drama – The Story So Far 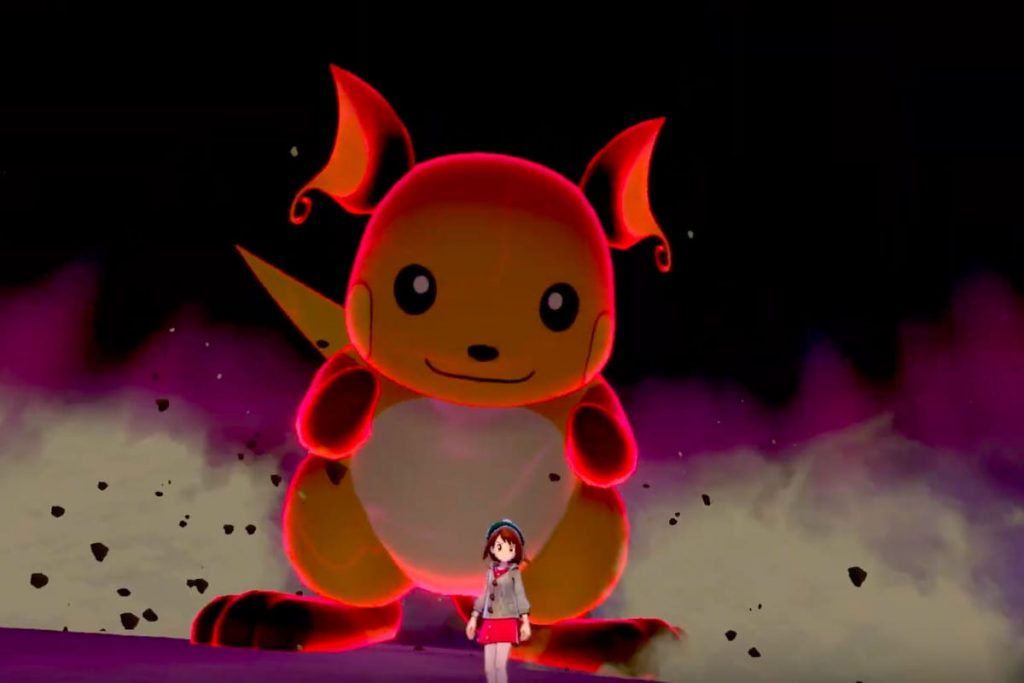 Before we get into the leaks, let’s talk about what’s been happening in the Pokemon world. Last year, Pokemon: Let’s Go Pikachu and Let’s Go Eevee released on the Nintendo Switch. These games were less of a mainline Pokemon game, and more akin to the popular Pokemon Go mobile game. Fans enjoyed a return to the original games, but Nintendo couldn’t have been happier. The game sold 11.28 million copies, making it the fifth best selling title for the Switch.

Hardcore fans wanted a true Pokemon game, however. Which, to its credit, The Pokemon Company acknowledged was coming. Lo and behold, Sword and Shield are announced, and fans feel somewhat hopeful about the first mainline game for a home console ever. Until the company started taking interviews.

Why the Pokedex and Transferring Matters

It’s been almost 16 years since Pokemon games allowed you to move companions from one game to the next. For Sword and Shield, however, The Pokemon Company decided to not allow transfers for every single Pokemon ever. It’d be quite the undertaking; over 800 Pokemon now exist in the game’s world. The company stated that the decision came down to “quality versus quantity.”

In short, new sprites, or visual representations, of each Pokemon in Sword and Shield were being created. This was to be able to fully use the Switch’s superior hardware to really make the Pokemon pop. I’m not going to sit here and write about what I think regarding the decision (maybe in another post, however,) but it’s something that has really upset the Pokemon community. Diehard fans usually have obscure favorites, and not getting to bring those into the new game is a bit frustrating. Now, thanks to Pokemon Sword and Shield leaks, we know which Pokemon will show up in the new game.

Leaks for the New Pokemon Games 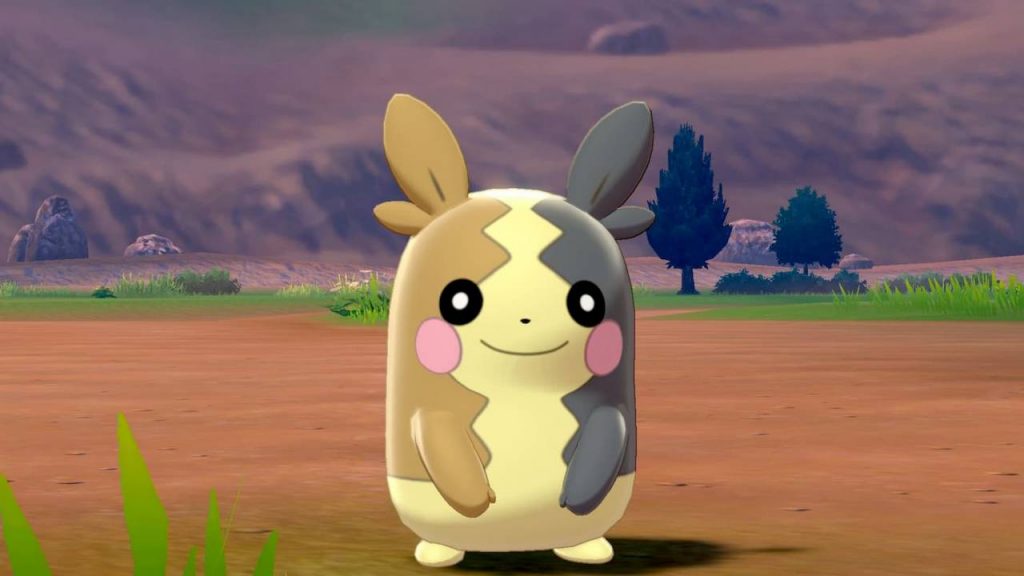 Thanks to the subreddit, r/Pokemon, and its discord, the entire game’s lineup is leaked, as well as special forms and other details. It’s going to take a lot of time to really break down each individual image or leak. Instead, let’s go over a few key takeaways from the leaks. From here on out, Pokemon Sword and Shield leaks will be discussed, so continue if you don’t mind info about the upcoming games being spoiled for you.

All In on Meowth

For whatever reason, The Pokemon Company is looking to really up the Meowth love. Not only does Meowth show up in the game, but he has multiple new forms. There is a Galar region specific form of Meowth this time round, as well as an evolutionary form (evo) called Purrzerker. The image of the Meowth evo is honestly sort of terrifying. There are also Galar region specific forms for other Gen 1 Pokemon, including Mr. Mime and Farfetch’d.

There is also a form of Meowth more in keeping with the original Kanto style as a Gigantamax  evolution. Gigantamax is the new evolution form that essential turns Pokemon into insanely large versions of themselves. New features for Meowth make him look like a maneki-neko, a popular waving cat statue that brings luck in Japan. Other Pokemon also have Gigantamax forms, but the leaks show only 15 having the capability.

Middle Pokemon Gens Left Out Once Again in Sword and Shield

A lot of hardcore Pokemon fans complain that Gen 3, Gen 4, and Gen 5 Pokemon consistently get left out of the mix. That’s apparently true once more, as a lot of the Pokemon in Sword and Shield seem to be from Gen 1 or more recent Pokemon games. It made sense for Let’s Go Pikachu and Let’s Go Eevee to really push the Kanto region. It was essentially a remake of the original games, and fans love the original 151 Pokemon. With a mainline game, however, The Pokemon Company is leaning way too hard on Kanto, and has been for some time. 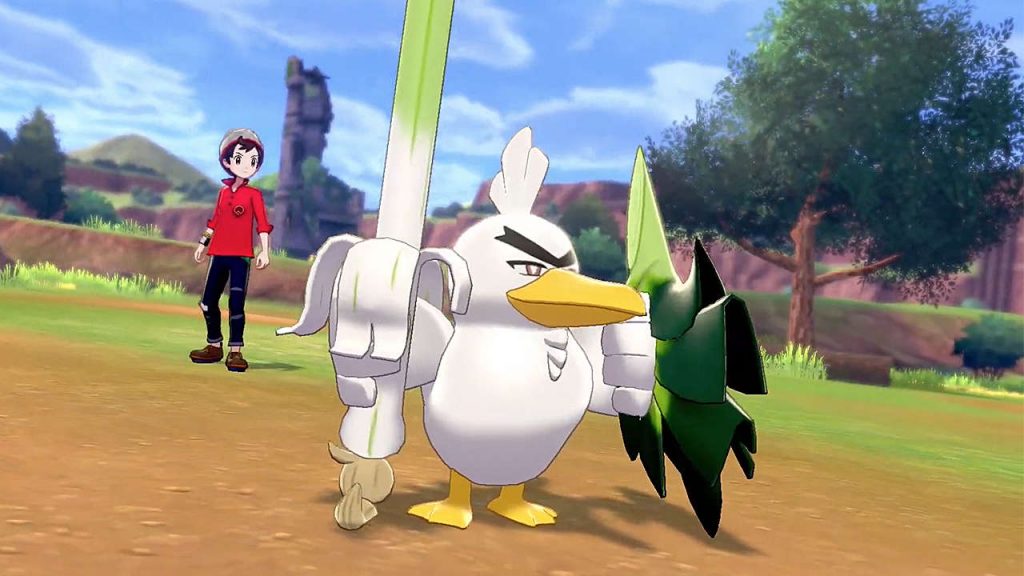 While we might not be seeing a ton of old friends, the new additions in Sword and Shield look impressive. Applin in particular caught my eye; this creature is an apple shaped Pokemon that evolves into a dragon-looking apple core style monster. Other highlights for me include Cufant, an elephant looking Pokemon that has to evolutions before turning into a mammoth-looking behemoth. Some unnamed penguin Pokemon also look great, and it’s much needed given the drama surrounding the Pokedex.

Not all new Pokemon have photos yet, but a list of everyone confirmed in the leaks is available in the Google Doc going around.

Nintendo hates leakers. They’re notorious for hunting down everyone from ROM sharing site admins to people who make their own music using Nintendo soundtracks. Well, a popular Twitter figure we’ve talked about on Comic Years before, KGPrestige, thinks they may have found this leaker already. It’s not clear what happens in this situation; nevertheless, it’s sort of terrifying how easy it was for Nintendo to, allegedly, find the person. Essentially, Nintendo used the profile picture of the user’s Discord account to link the account to a Facebook page or profile. From there, a personal account of a user was also connected, and that’s where we get a culprit. He posted the leaks via 4Chan, which is a safe, anonymous way to leak things. Discord, on the other hand? Not so much.

The leaks certainly sparked more attention for the game after a few months of poor press. In a weird way, I think they’ll end up helping Pokemon Sword and Shield. Are you planning on picking up the game? Let us know in the comments below!

Comic Years is your go-to place for gaming, comic books, and pop culture!

Disney CEO Bob Iger Says Less Is More When It Comes to Star Wars
2019 Surprise Gaming Hits – Did You Miss Out?