Apparently, it aims to be a professional controller. Right now, it’s only at the prototype stage. But, it’s probably planned to unveil soon. We still don’t know the date, except for a possible approximate.

According to the source, the controller has the same basic style. But, it features a series of upgrades and differences. Some of them offer some quality of life improvements to the current version.

Naturally, this news isn’t as significant as PlayStation 5’s official launch. Some would be more interested in their Game Pass version or this exploit. But, it could be a life-changer for serious gamers.

Let’s dive into the revealed features and what it may offer.

What do we know about it?

So far, we know that the controller is genuinely professional. And, that it might get its reveal in the coming weeks. But, we still don’t know when that will be exactly.

As of now, the article only states that the controller’s code name is “Hunt.” And, it has several new features. They include removable analog sticks and trigger stops. It also features rear buttons, referred to as “flappy paddles.”

Moreover, the sources allegedly sent pictures of the prototype. Yet, the disclaimer was that they couldn’t be published. Plus, the source wished to remain anonymous.

So, we have no idea of what it could look like. But, the description of the new pro controller gives enough information. The article does mention one thing. The classic controller style remains on the “Hunt” version.

What are the features of the PlayStation 5 pro controller? 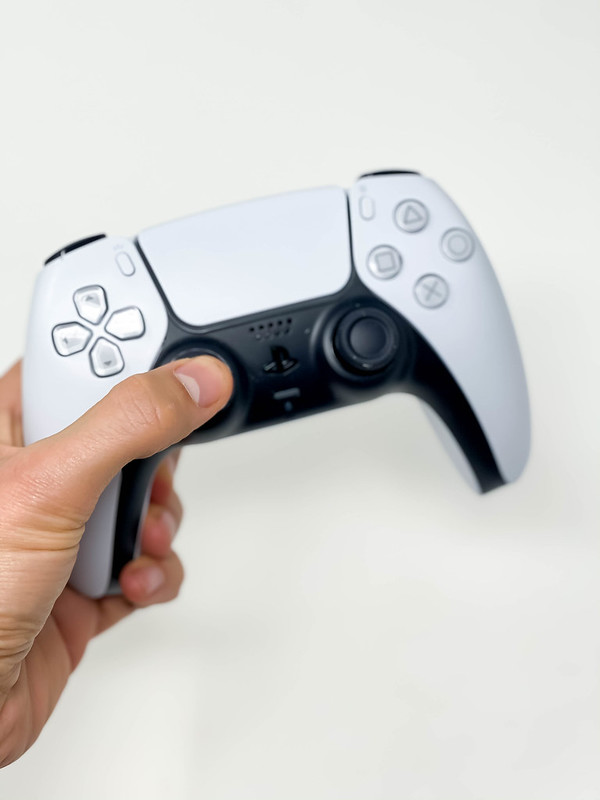 Firstly, we have the biggest change. The PlayStation 5 Pro controller has buttons under its analog sticks. They’d allow users to remove the analog sticks entirely. The same goes for their components.

Sony refers to them as “removable stick units.”
Presumably, it means that you can change the stick units themselves. In other words, there’s no need to get a new controller. That’s a crucial advantage given current issues, like “stick drift.” In it, the analog stick drifts in one direction without you moving it.

Another feature comes for the triggers. They’re trigger stops at the controller’s back. It probably allows for better ergonomics and comfort while using it.

It also implements the rear buttons. These flappy paddles have gained considerable popularity. Users have turned to other companies to obtain this feature in their controllers. With them, Sony will be able to compete with a better-rounded offer.

Finally, the controller also features new grips to hold it. Apparently, you can also remove them at will.

But, the upgrades go beyond hardware as well. The source mentions that the controller will come with noticeable software upgrades. We’re yet to understand what that means. But, it probably refers to how the controller interacts with the gaming console.

When can we expect a reveal?

As you can expect, there’s no reveal date for the controller. The source does mention that it should be soon. But, we still have no information on an exact date or event.

That said, there could be an opportunity near the end of June. Several sources have agreed that Sony will unveil new hardware bits at the end of the month. But, said revelation doesn’t include a new console.

It’s unclear whether said line-up will contain the controller. But, the source does state that it should be revealed soon. And, this reveal could be the perfect time for it.