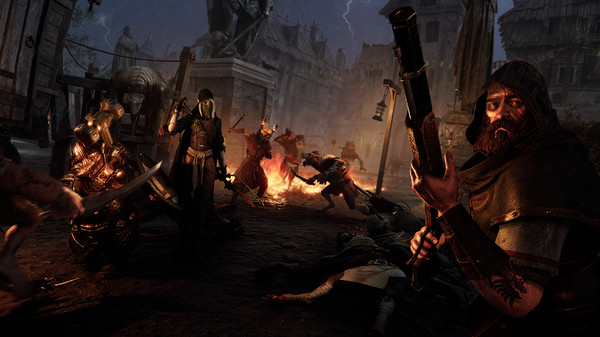 Warhammer: Vermintide 2 is free to keep on Steam until November 7. Steam regularly makes games free for the weekend. This time, it’s better than that. If you claim it, you get to keep it forever.

Of course, it’s not a new game by any means. But, it’s a great way to make time for the next Silent Hill. We’re also waiting for a new Assassin’s Creed and the League of Legends MMO. So, Warhammer: Vermintide 2 is perfect for waiting for those games.

If you like the Warhammer universe, this game is for you. Sure, it doesn’t have the interesting technology from its 40k counterpart. But, it offers interesting environments, amazing characters, and gut-wrenching combat.

Are you ready to face the hordes of enemies with your friends? Do you prefer melee or ranged combat? Is pyromancy your thing? This game has it all. Just make sure to grab it for free!

A combination between Left 4 Dead and medieval combat 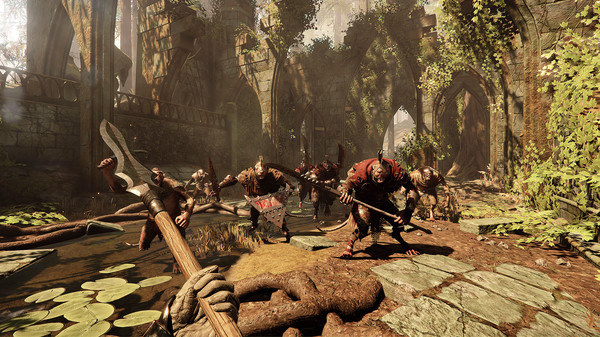 Perhaps, the best way to describe the game is medieval fantasy Left 4 Dead. You’ll be against hordes of enemies with three companions. Among your foes, you’ll find special enemies with different abilities.

The game is also highly randomized. Hordes can trigger at any moment. Then, a sorcerer can appear unexpectedly to mess up your day. Though, that’s where the similarities end.

Vermintide 2 offers a unique loot system that determines your gear. You won’t find weapons scattered around the environment. Instead, you’ll unlock different gear for completing levels successfully. With time, you’ll build up your arsenal and power level.

Yes, that means you’re not in control of what you get. You’ll often have to concede familiar weapons for higher power. Thus, you’ll constantly be adapting to new playstyles as you overcome stronger foes.

Also unlike Left 4 Dead, each character has a different approach. Some are better at absorbing damage. Others excel at crowd control. Some would prefer to pick off stronger enemies. Plus, each character has different class variations. Overall, there’s over a dozen playstyles to fit every taste. 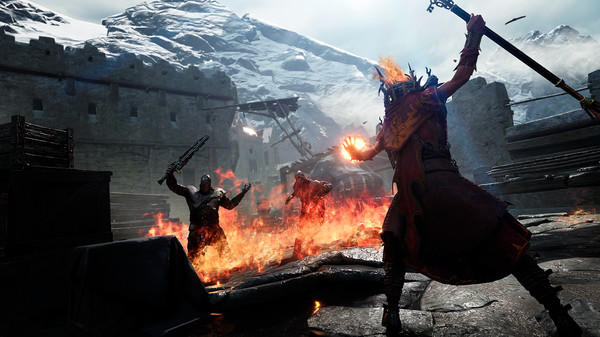 This Warhammer: Vermintide 2 free offer sets off the celebration month for the series. It’s currently its seven-year anniversary. The second Vermintide entry is easily the most famous of the bunch.

However, you’ll have to be quick. The offer will be available until the 7th of November. Luckily, as long as you claim it, you can play it anytime you want. After the 8th, the free Trail of Treachery update will become available.

It contains a new adventure for the base game and a new map. It’ll be the first of a two-part adventure. The second part will arrive in 2023.

But, the celebration doesn’t end with the Vermintide 2 offerings. Pre-orders of Warhammer 40,000: Darktide will have access to a pre-launch beta. It’ll be available between the 17th and 29th of November.

As such, it’s the best opportunity to immerse yourself in the Warhammer universe and lore. Sure, it’s not the same lore between the two games. But, the mechanics are fairly similar. That’s why you must make sure you get the freebie!

Getting ready for the release of Warhammer 40,000: Darktide 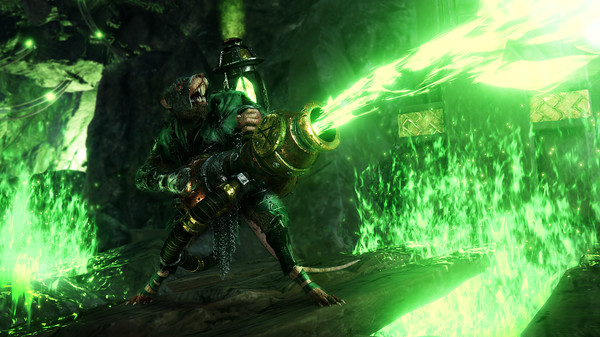 Be on the lookout for special enemies and their weaknesses! (Image credit: Fatshark)

Warhammer 40,000: Darktide will release before 2023. It takes the classic gameplay of the Vermintide games. But, it merges it with the 40,000 universe. That means a dystopian, futuristic landscape.

This time, you’ll take on the role of prisoners sent to do dirty work. You’ll have to face countless perils for your captors. So, teamwork and strategy are a must for coming out on top.

This time, ranged combat receives a stronger focus. After all, you’ll have access to more guns. At least, one class specializes in range and precision. Yet, that doesn’t mean your gameplay options are more limited.

Again, you’ll have access to a tank class that excels at taking damage. Another character is better for crowd control via melee combat. And, there’s even a Psyker class that lets you harness mystic powers.

Each class has its perks and weaknesses. Plus, the voice acting and audio design of the game is fantastic. Therefore, I’d recommend you take advantage of the free offer before it expires!

Superman actor Henry Cavill The Witcher issues came in season 2
Barry Keoghan As Joker: Actor Talks About How He Played The Iconic Villain