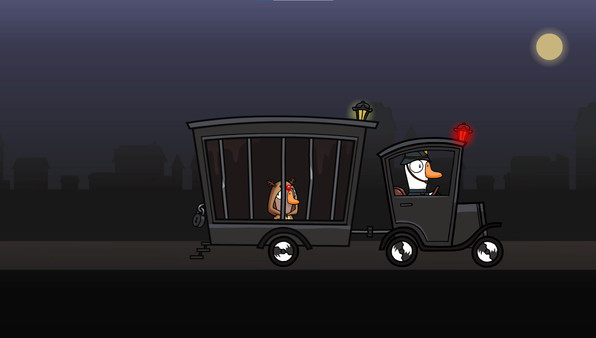 Last month came with great releases. High on Life made many gamers’ days. But, a newcomer just broke Steam. I’m talking about Goose Goose Duck. The game offers a new take on the Among Us formula.

Among Us took over the internet during the pandemic. It offered a simple formula that worked perfectly during social isolation. It connected friends and people around the world. And, many of us invested days’ worth of time into the game.

Now, the gooses and ducks are adapting the formula into their own art style. So far, gamers have loved this game. The official Steam page shows a “Very Positive” average on the entire spectrum. Over 22,000 players have left their opinion about the game.

And, almost all of them have loved the game’s offering. Sure, it might be just another Among Us with a different skin. But, hey, if the formula works, why change it? 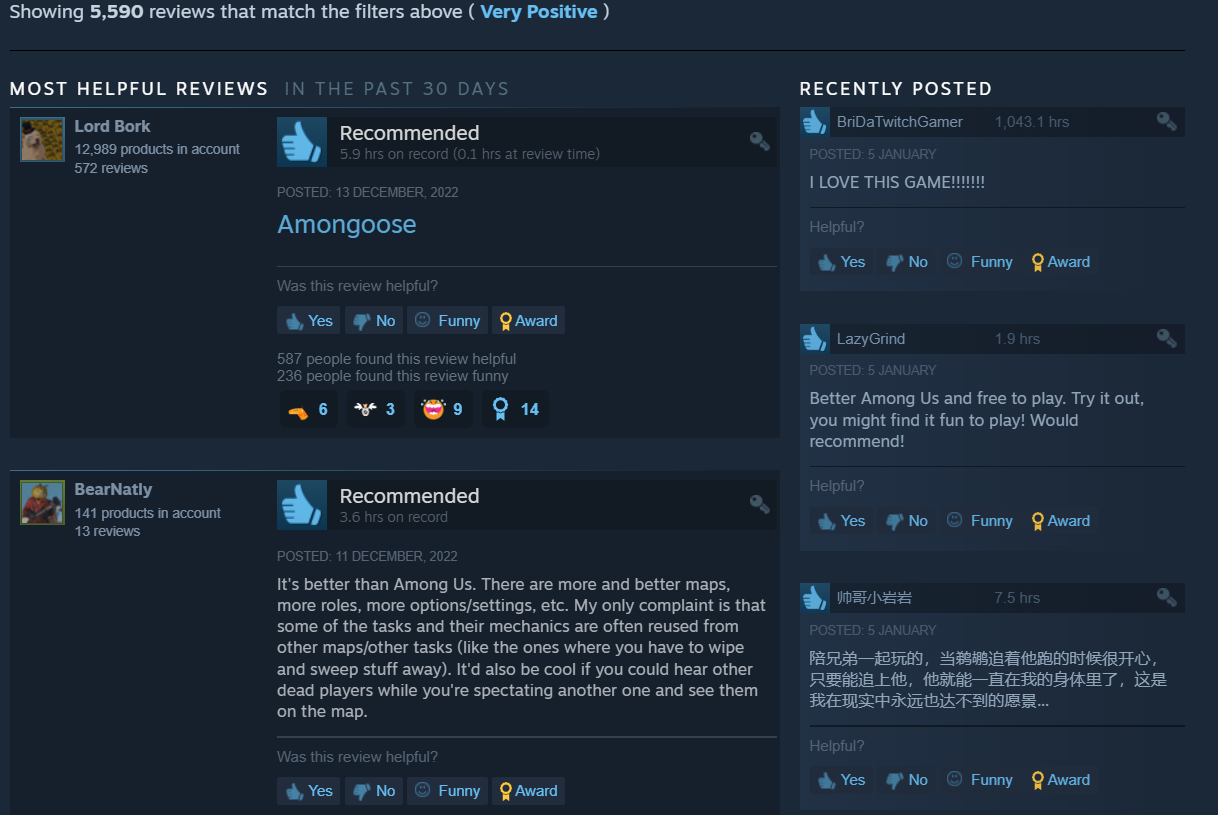 Almost all reviews on Steam love this game.

As Eurogamer reports, the social deduction game broke Among Us’ concurrent player record. As of today, the game reports a peak player count above 563,000. Right now, it’s the third most popular game on the platform.

Of course, it has many things going in its favor. Firstly, it relies on a familiar, tried-and-true formula. The Among Us gameplay loop has proven its success. Plus, this new iteration is completely free. So, anyone who wants to try it only has to download it.

But, Eurogamer brings an interesting factor into light: K-pop. Now, what does that have to do with anything?

Kim Tae-Hyung, a member of the famous BTS group, streamed the game. Naturally, this brought thousands of fans into the game. From there, the game’s gameplay loop does its work, maintaining the player base.

China and Korea have been key markets. According to our China Games Streaming Tracker it was the #8 most watched PC game on live streaming platforms in the past 2 weeks https://t.co/iXCqh3YyB1

Moreover, the game has become particularly popular in the Asian market. China and Korea have been key to the game’s success. In China, it was the 8th most-watched PC title on streaming platforms.

The demand was so large that the servers collapsed due to the player increase. Luckily, the developer resolved the problem fairly quickly. But, I’d keep an eye out for server stability as the game keeps growing. 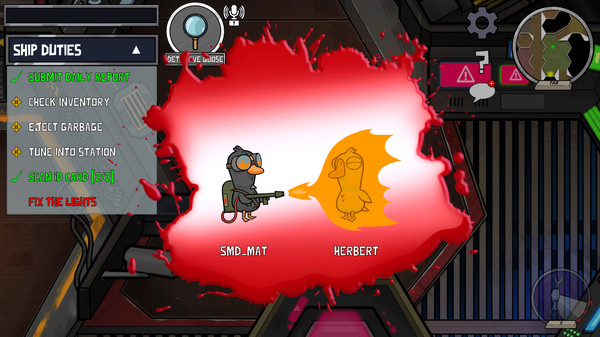 One of the reviews for Goose Goose Duck simply read “Amongoose.” That easily caught my eye because it’s the perfect description. It’s a social deduction game, just like its predecessor, Among Us. In fact, I’d go as far as saying it’s just a change of art.

The gameplay is identical. Most players are Geese, completing different tasks around the level. Some players are Ducks, who must kill the Geese while keeping their identity secret. The Geese win if they complete all tasks before the Ducks kill everyone. Likewise, they can vote out the Ducks based on clues they gather.

The game offers both private and public game lobbies. Proximity chat is also a feature. Additionally, players can use Discord servers to set up their private matches. Or, they can join the game’s official Discord server.

Moreover, the game currently has more than 7 maps and several game modes. Like Among Us, players can customize their characters with different cosmetics. Lastly, the game offers a different dynamic. Players can take on sub-roles, which add a bit more variety when compared to its predecessor.

Other than that, the game is fairly straightforward. Geese need to complete all their tasks while fishing out the Ducks. For Ducks to win, they must kill all Geese before they complete their tasks.

You can join public lobbies and play with strangers. But, the game is a lot more fun when played with friends and family.

The game has a sort of plot. You can check it out in-game and via Steam’s video previews. That said, don’t expect this to be a story-heavy game. It’s just the setup for players to understand the Geese Vs. Duck rivalry.

An accessible game for all audiences and gear 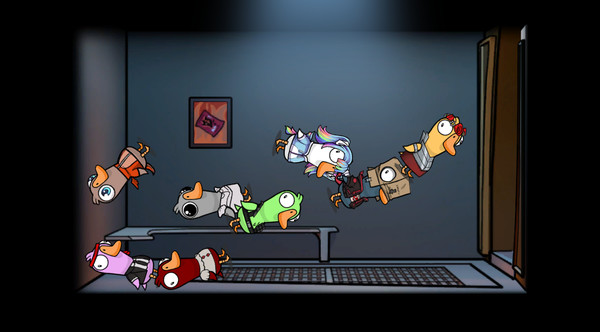 The game has as much personality as you can deduce from its characters. (Image credit: Gaggle Studios, Inc.)

Like Among Us, Goose Goose Duck’s main advantage is its accessibility. Firstly, the game is 100% free. So, you just have to invest a few minutes to download it. From there, you’re all set to compete with friends.

Furthermore, the game is really easy on your hardware. Just like Among Us, you don’t need a supercomputer to run it. In fact, virtually any current setup should be able to run the game seamlessly.

The graphics are very basic—but they’re still charming and fun to look at. The most complex part of the gameplay mechanics is completing tasks. Some have 3D animations to make them more interactive. Yet, they shouldn’t be a problem.

The user interface is also highly intuitive. The menus are easy to navigate. Plus, the in-game controls are straightforward. You can even make do with nothing but your computer mouse. As such, it’s a beginner-friendly title that anyone can get into.