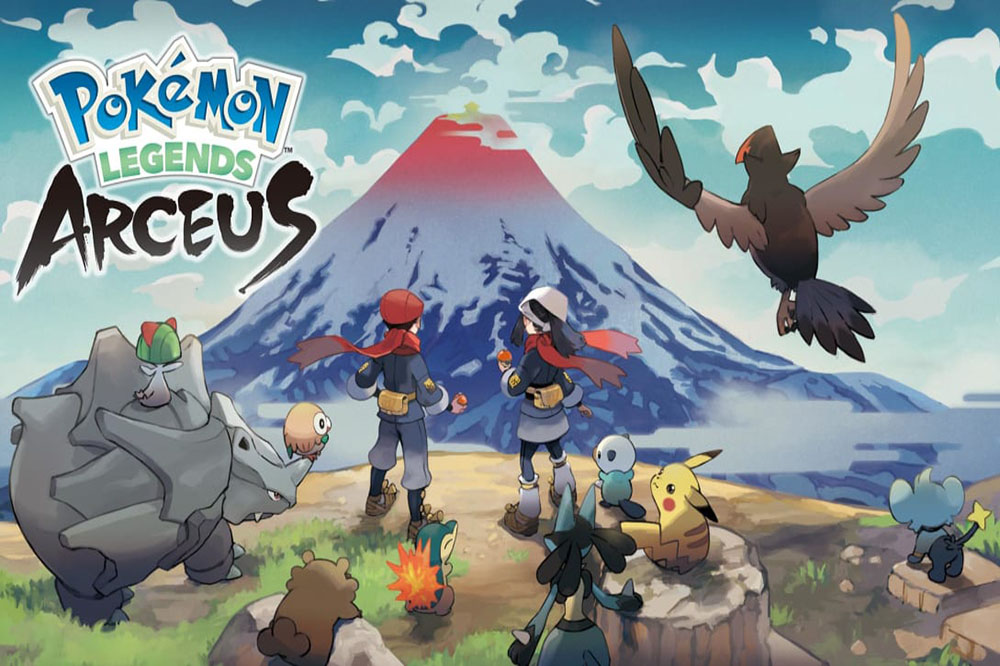 Lifelong fans of Pokémon like myself hold the series quite dearly in their hearts. It’s impressive that a Pokémon release in my late-20s can still mean so much to me. If you’re a fan of the franchise, then you’re probably weighing whether or not to pick up the latest entry. Sure, it’s a Pokémon game, but this isn’t your typical experience. The latest game offers players an open-world adventure and in our Pokémon Legends: Arceus review for Nintendo Switch is going to detail what’s new this time around. Here’s what you need to know about my time with the newest Pokémon game.

Now This is Pokémon Hunting! 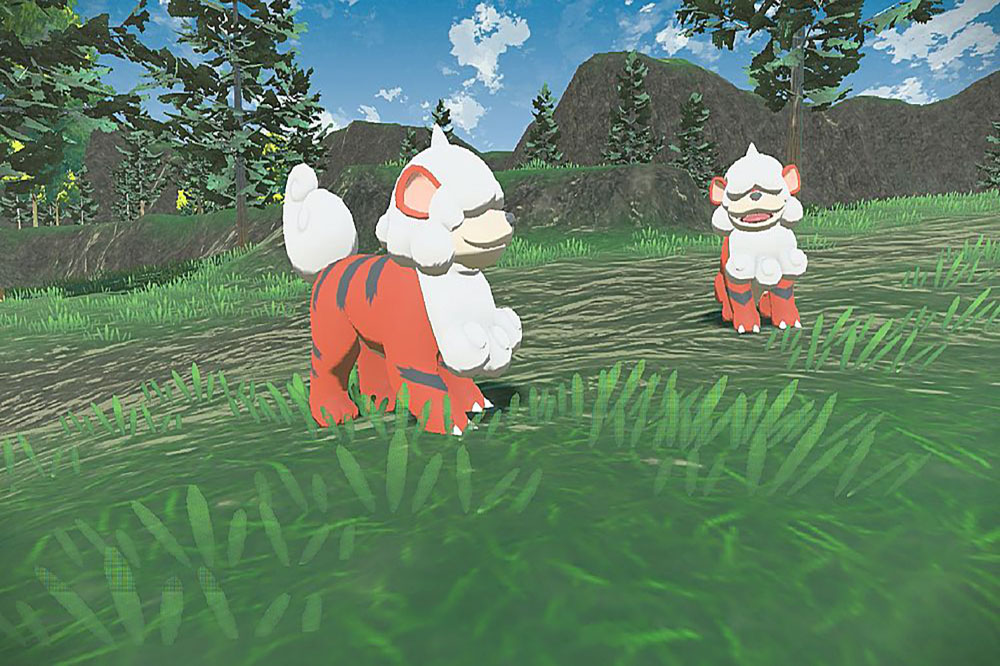 For years now, players have wanted an open-world Pokémon game. Sure, this isn’t truly open-world, but it’s damn close. While the linearity of the regular games is here, there is a lot more freedom in Pokémon Legends: Arceus for Nintendo Switch. The expanded horizons of what you can and can’t do in a Pokémon game come down to some major changes in the formula. In short, things aren’t the same in many ways, but that’s a very positive and refreshing thing.

Firstly, you don’t face trainers for gym badges. Instead, you work to build up your Star Rank as you help researchers learn more about Pokémon. After falling through a hole in the sky, your character is transported to feudal Japan and a time when little is known about Pokémon. Townsfolk fear the creatures, in fact, to much humor of longtime players. Following our first Star Rank tips will help guide you through the core elements of gameplay. Overall, you catch Pokémon in a number of structured challenges while crafting items like Poké Balls and potions.

When you compare this entry to other games, it feels familiar yet completely new. It’s a great change of pace for a series stuck in its ways. Even the recent acclaim for the Pokémon Brilliant Diamond and Shining Pearl brought inquiries into why the series hasn’t evolved much over the years. Sword and Shield, the first mainline console games to leave the handheld platform, felt like a small step forward. If that was a small step, Arceus is a giant leap that comes with a questionable landing.

Comparing Arceus to Sword and Shield 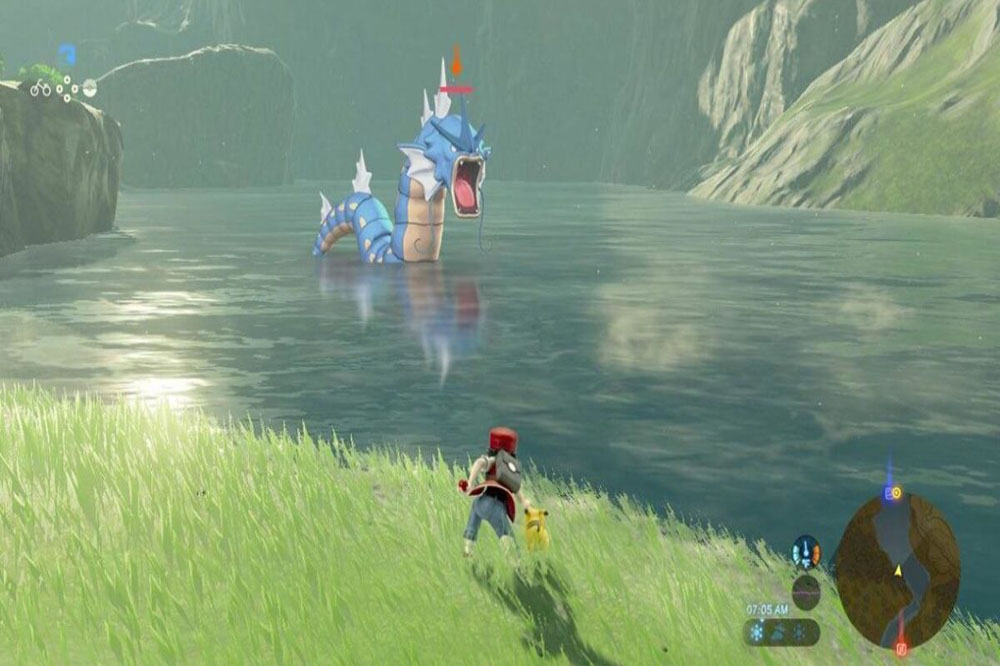 In Sword and Shield, a few gimmicks made the game feel new-ish but not all that different from past titles. Pokémon Legends: Arceus uses its open-world structure to help create a new way to play this beloved series. It’s almost like a new game altogether, despite the same Pokémon we know and love. As you battle Pokémon, something as simple as moving your trainer around the battle for angles to the action feel like revolutionary changes. That says less about the actual changes and more about how little The Pokémon Company has adapted over the years in terms of expanding what you can do in-game.

That said, I can harp on the past games for being too similar or I can talk about what I loved about Arceus. I’d rather do the latter, so I’ll say this. If you’re someone who felt like Pokémon ran stale years ago, then pick up this game. A fondness of the franchise is enough to get you to see the series in a new light. There’s much to love about the dampened focus on badge grinding and more just exploring. Much like Pokémon GO, this is what we always imagined living in a world of Pokémon would look like.

Like other games in the series, the story isn’t all that compelling. Despite a general mystery to how you got in this world and why certain Pokémon are acting out in this open-world, little plot progress keeps you itching to find out more. Instead, the gameplay here is enough to keep you wanting to play. And trust me, you’ll want to explore, craft, and catch everything you can. 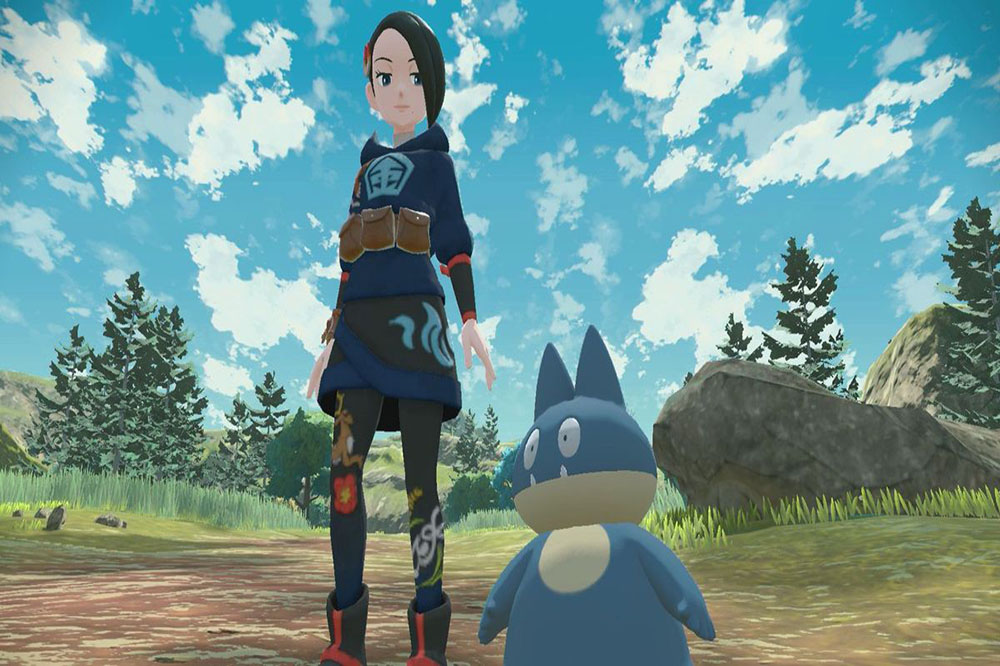 I review games on a scale of 1-10; Pokémon Legends: Arceus for Switch is an 8 in my opinion. I’ve been fairly positive up to this point, so let me explain the score. Overall, the changes made in the game are huge improvements to the same old formula. They just happen to make you think of what these games could be if the world you explored wasn’t so seemingly empty. Sure, it’s supposed to be a wilderness of sorts, but there are not enough environmental features to keep each area looking dynamic and lived in.

That said, I played about 8 hours on the first day I owned the game. It’s that different for fans who have played the other, recent games in the series and crave something new. I’d love the Legends series to continue on as a sub-series of the mainline games. Hell, I’d love the elements of these games to make a splash in the mainline series. I don’t know if that’ll happen, but this is the most exciting Pokémon game we’ve had in years. That’s worth celebrating, even if it’s not a perfect 10.

If you liked our review, then check out Pokémon Legends: Arceus, available now for Nintendo Switch. If you have questions about the game, then drop them in the comments. There’s so much to love about this game and room to grow in the future. I can’t wait to see what comes next for this offshoot of one of the most famous video game properties of all time.