The History Of The Metroid Games - Series History And Origins

The History Of The Metroid Games – Series History And Origins 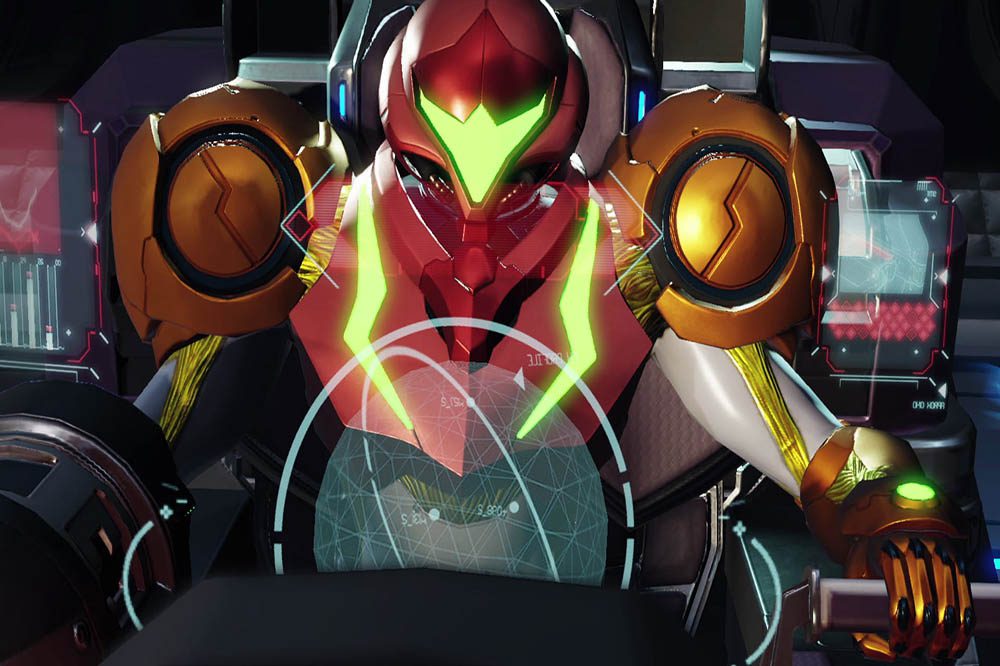 Nintendo fans likely think Mario when they consider the company’s mascot. They might even imagine Link from The Legend of Zelda if they’re more action-oriented as players. A specific chunk of players, however, think Metroid. The iconic franchise certainly holds more weight with millennial gamers due to the series hitting its stride during formative years for those players. Younger gamers are soon to see their first major Metroid game release on the Nintendo Switch. When I wrote about the history of Metroid Dread, I knew returning to tell the rest of the series’ history would need to happen. With Dread one week away, now seems like a great time to explore the history of the Metroid games. Let’s start from the very beginning and explore why this series is so influential to not only Nintendo but gaming as an industry. 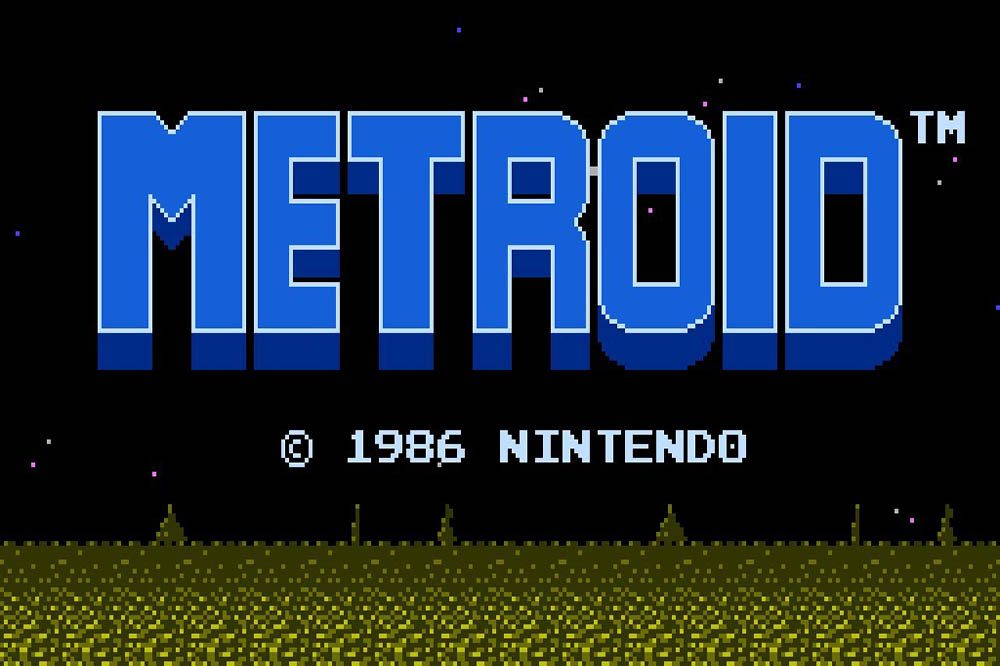 In 1986, Nintendo felt great about their foray into home consoles. Titles like Super Mario Bros. a year before and The Legend of Zelda offered something unlike anything on the market. The move now was to expand into action games after masterful platformers and adventure titles. A hybrid of both genres, as well as shooting mechanics, would guide the development of Metroid for the NES. Heavily influenced by Alien in 1979 and the work of H.R. Giger, Nintendo’s Research and Development 1 and Intelligent Systems studios got to work. The story mirrored its influences by featuring Samus Aren, a bounty hunter, navigating space and taking on extraterrestrial threats and a supercomputer called the Mother Brain. Samus is revealed to be a woman at the end of the game after eventually removing her helmet.

The game’s main focus was offering a nonlinear experience for players. Yes, you would progress through a set of objectives to “beat” the game, but returning to areas would be essential to do so. Retracing your steps in such an eerie, desolate setting set this game apart from all other titles at the time. Nonlinear adventure titles such as Metroid and Castlevania eventually combined to form their own sub-genre aptly referred to as Metroidvanias. Likewise, the new powers you obtained in-game didn’t disappear like in Super Mario. These powers would end up becoming crucial parts of defeating the game. The title launched in Japan in 1986 but didn’t arrive in the United States until 1987, coming a year later to Europe.

Outlets like Nintendo Power and Famitsu would call the game a near-perfect masterpiece. The game’s music, composed by chiptune pioneer Hirokazu Tanaka, would redefine what role music played in video games. Despite critical success, the game’s lifetime sales might seem low by today’s standards. As of 2019, 2.73 million units of Metroid sold around the world. It’s a theme for the series: incredible games unmatched in mainstream success or raised revenue. Nevertheless, 2D Metroid games are among the most influential titles in gaming history.

The History and Importance of 2D Metroid Games 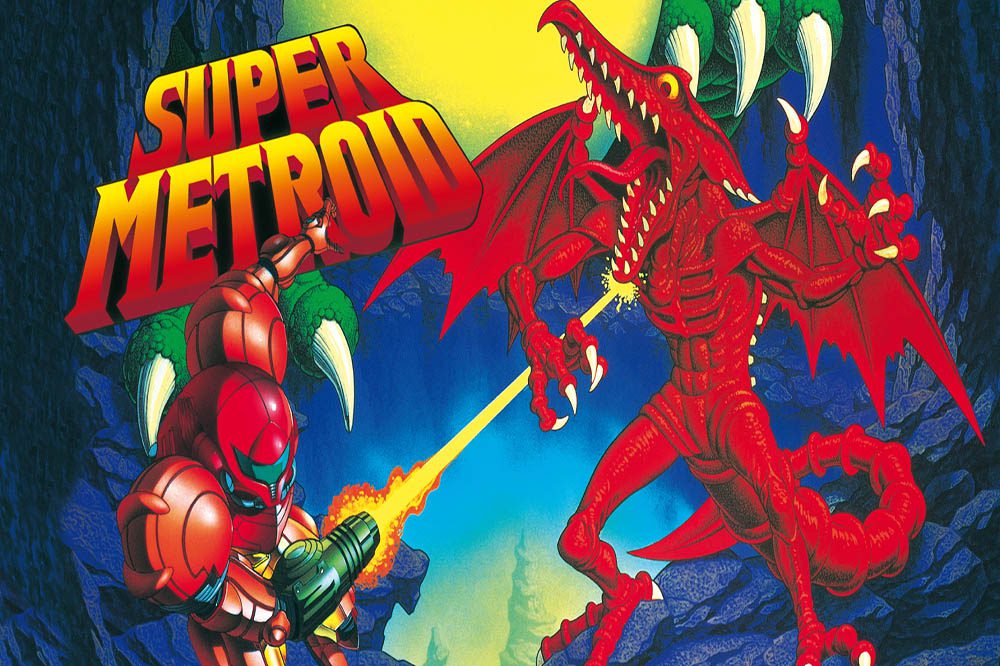 Nintendo Research & Development 1 began development on a sequel sometime after the first title arrived in Europe. This title aimed to offer something different once more: a high-quality handheld experience.  Nearly as good visually as Metroid on the NES, Metroid II on the Game Boy expanded the look and controls of Samus. New shooting capabilities while jumping down or crouching expanded her moveset. Releasing worldwide between 1991-1993, the game sold 1.72 million units, even less than the first. To this day, many see the original Metroid II as the weakest entry in the franchise. That said, critics at the time thought it looked wonderful on Game Boy.

Nintendo Research & Development 1 moved to a new Metroid project after Metroid II: a Super Nintendo title. Often considered one of the best games ever, Super Metroid aimed to not only include features of the first two but to offer players an open-world experience. A giant map is split into smaller parts with some areas resembling sections of past games. 1.42 million units sold meant another low in sales for the series; the third drop in a row. What really happened after Super Metroid, however, was a shift in the entire industry.

Mechanics from all three Metroid titles began emerging as essential features of action and adventure games. More and more developers toyed with open-world environments as well as backtracking as a form of exploration and nonlinear progress. It would be eight years before we’d see the arrival of Metroid Fusion on the Game Boy Advance, making full use of its colors and increasingly diverse cast of enemies. The introduction of missions helped make the game feel a bit more linear, but NR&D1 was also releasing another game in the series in 2002. This time, Samus and her trial through space moved to 3D.

Prime and the 3D Transition for the Series 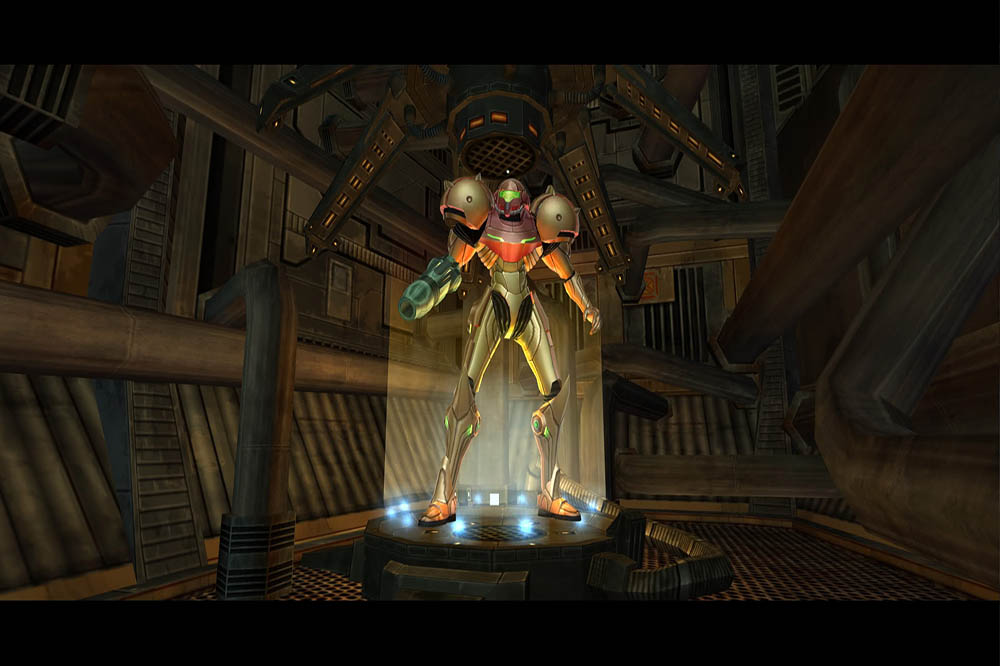 The idea for a 3D Metroid game didn’t simply come after the Nintendo 64. Rather, nobody at Nintendo could come up with an idea for a 3D title. The controls and gameplay experience would be entirely different in 3D. Plus, Super Metroid, the last console release, was still praised by critics well into the 21st century. The creation of Retro Studios, an American team formed through Nintendo and Jeff Spangenberg would aim to finally move Samus to 3D on the GameCube. Set up as a first-person shooter, Nintendo infamously tormented the studio over what the 3D experience should be for Metroid. Eventually, they launched Metroid Prime in Japan in 2022, the same year as Metroid Fusion.

The second best-selling game of that year, 2.84 million units sold nearly doubled the sales of Super Metroid, the very title Nintendo feared this release couldn’t live up to. Other than Metroid: Zero Mission, a remake of the original NES game for Game Boy Advance, Nintendo would keep up with 3D Metroid for the lifespan of the GameCube. Metroid Prime 2: Echoes released in 2004 and featured more cut scenes, parallel worlds, and the introduction of Dark Samus. The game’s reception included similar praise to Metroid Prime. Two more titles followed Prime 2 on the Nintendo DS: the off-shoot Metroid Prime Pinball in 2005 and the first-person Metroid Prime Hunters a year later.

Hunters did not meet the quality of Prime and Prime 2. That said, critics thought it was pretty good for a handheld first-person shooter. The big jump in quality appeared in the final game of the Prime trilogy: Metroid Prime 3: Corruption. Larger environments, the power of the Wii, and a really great story closed off this run of titles in fantastic fashion. Unfortunately, the next Wii title wouldn’t fare as well.

Other M, Federations Force, and a Dark Period 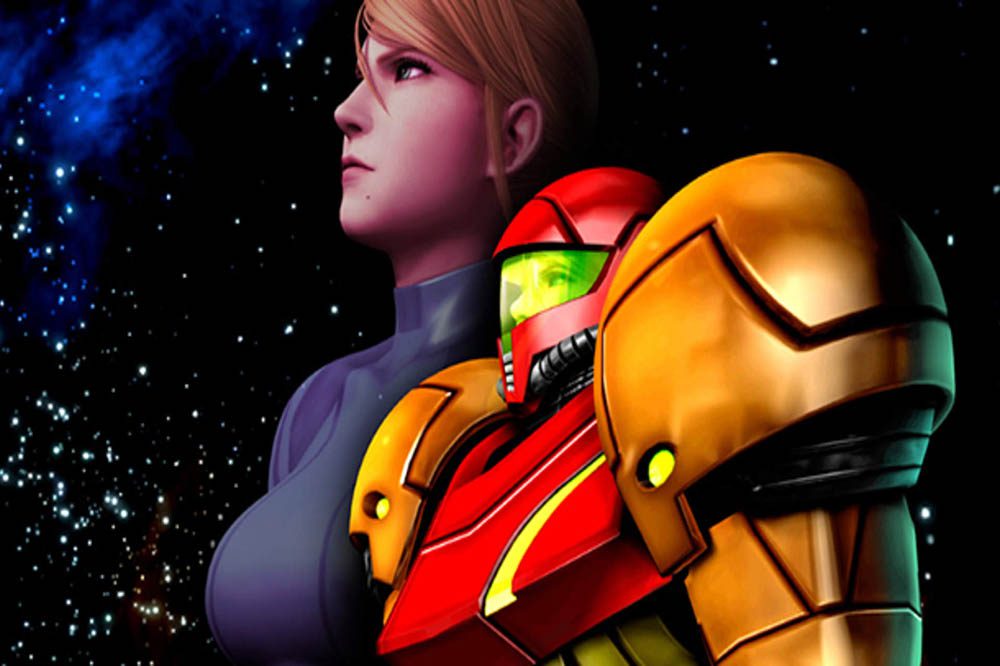 Three years after Corruption, Metroid: Other M released on the Wii. Team Ninja would handle this one, marking a move away from Retro after three hit titles. The game would also take place between Super Metroid and Fusion. A third-person camera angle aimed to rethink the way we experienced the series outside of the Prime trilogy. Unfortunately, the new look didn’t feel as rewarding or enjoyable as 2D Metroid games. It also lacked the satisfaction of first-person Prime titles. Extended cut scenes, awkward scripts, and other story elements also contributed to a rough reception of the game.

The rough entry on the Wii would lead to a hiatus for the series. There wouldn’t be another release in the series until 2016’s Metroid Prime: Federation Force. Samus shows up in the game, but you spend your time playing as Marines on the titular Federation Force in cooperative-style missions. The game really wanted to highlight playing with others, but was released on the handheld 3DS. The game didn’t even play as a traditional Metroid title, immediately drawing concern after its reveal. Not to mention, this game coincided with the 30th anniversary of the series. It certainly wasn’t the celebration anyone wanted.

With two rough entries in a row, the series didn’t feel all that relevant. When the next game announced for the series was a remake, fans hoped it would spark a return to what made the series so impactful. The remake, however, would give another go at Metroid II, arguably the worst game in the franchise. Fans and critics alike wondered why this decision was made. Thankfully, it became one of the most impactful entries in the series.

The Importance of Samus Returns in Metroid History 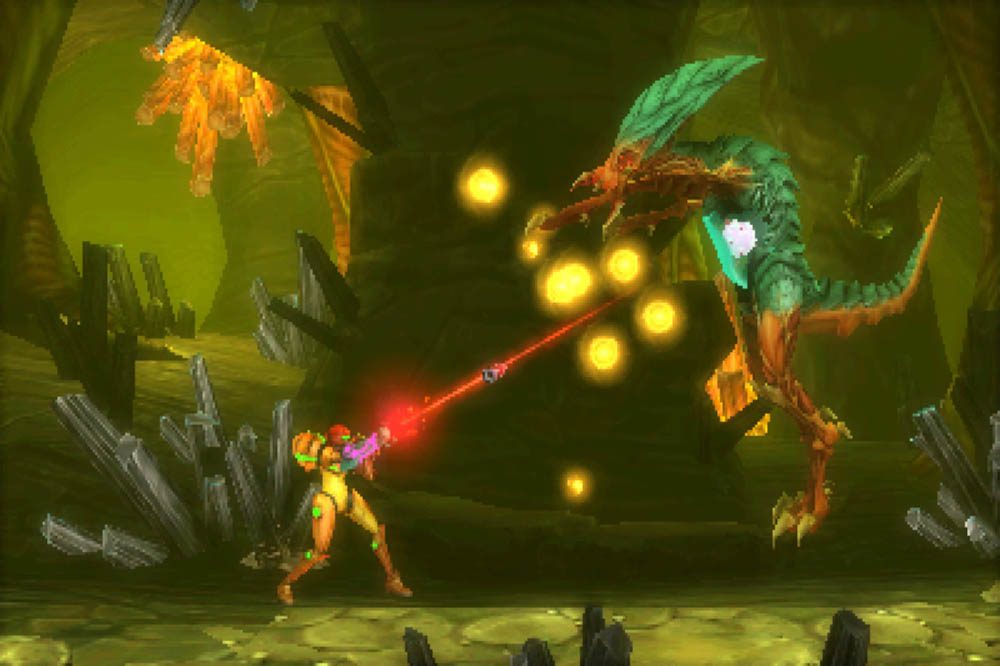 This was one of the darker periods of the history of Metroid games. Returning to an underwhelming part of the franchise’s history seemed aimless at best. Instead, Nintendo aimed to put things back in the hands of a mainstay in past titles: Yoshio Sakamoto. Sakamoto was a designer on the first NES title, and he would team up with Spanish studio MercurySteam. The team had just remade a classic Castlevania title on the 3DS, Castlevania: Lords of Shadow – Mirror of Fate, to great success. Sakamoto knew he wanted another 2D Metroid title and the 3DS offered room to expand Metroid II into something special.

While the simplicity of 2D Metroid games persists in Metroid: Samus Returns, other additions expand the series in big ways. Melee counterattacks, free aiming, and 3D modeled visuals presented in 2D immediately put this game apart from others in the series. 2.5D, as it was come to be known in the historic 3DS era, served the game well. Critics felt like the title finally redeemed the underwhelming Game Boy title. In fact, its success led to the title we’re all patiently awaiting: Metroid Dread.

Looking ahead to Metroid Dread 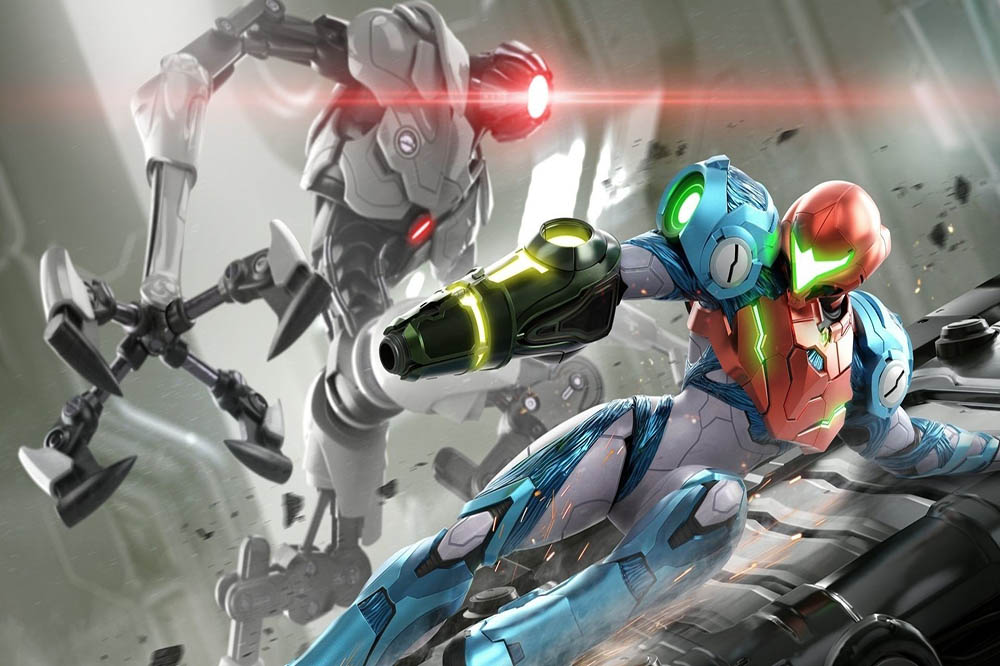 Over the course of the history of Metroid games, the concept of Metroid Dread came early into the life cycle of the DS. We didn’t get the game on that console, but it will arrive on the Nintendo Switch on October 8. It’s the first fresh title in the mainline Metroid franchise since Other M. It’s also worth noting that Metroid Prime 4 is in development but lacks any window for release.

That said, I can’t wait to get my hands on an original 2D Metroid. If you made it this far in this retelling of the history of Metroid games, I’ll assume you’re excited as well. Or, at the very least, you’re intrigued by the franchise’s impact on gaming. To the latter crowd, I’d suggest checking out Super Metroid on Nintendo Switch Online if you have the subscription. It’s a great entry point. Or, of course, dive into Metroid Dread when it releases.

What game series would you want to see get the “history of” treatment next? We covered the history of the Far Cry series last week in case you missed it. If you have an idea for a featured franchise, then let us know in the comments. Thanks for reading Comic Years for all things gaming, comics, and pop culture.