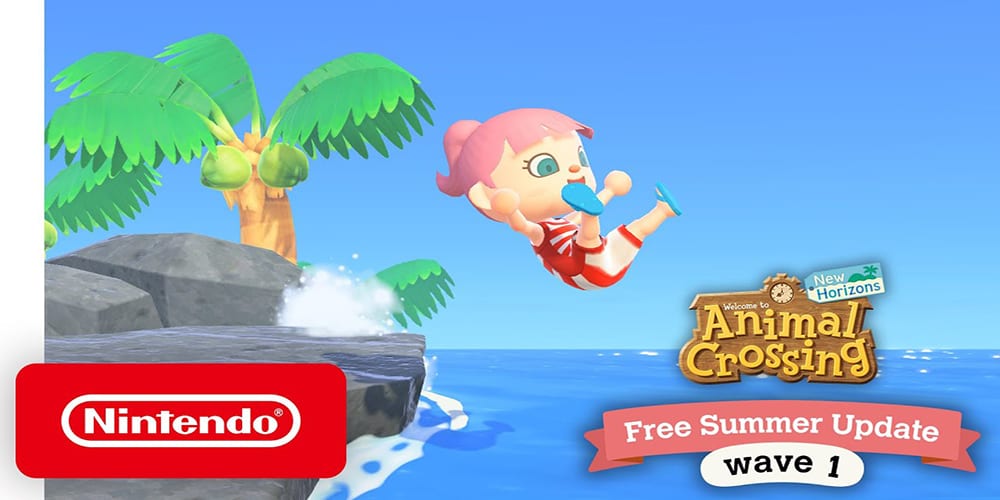 We knew it was coming at some point; Animal Crossing New Horizons summer update #1 is here with some exciting additions. Th#re are a lot of amazing features joining the game this month. Plus, we know that another update is set to come this August that also centers on summer content. With a lot of new things to do, let’s talk about summer update #1 and what to expect! 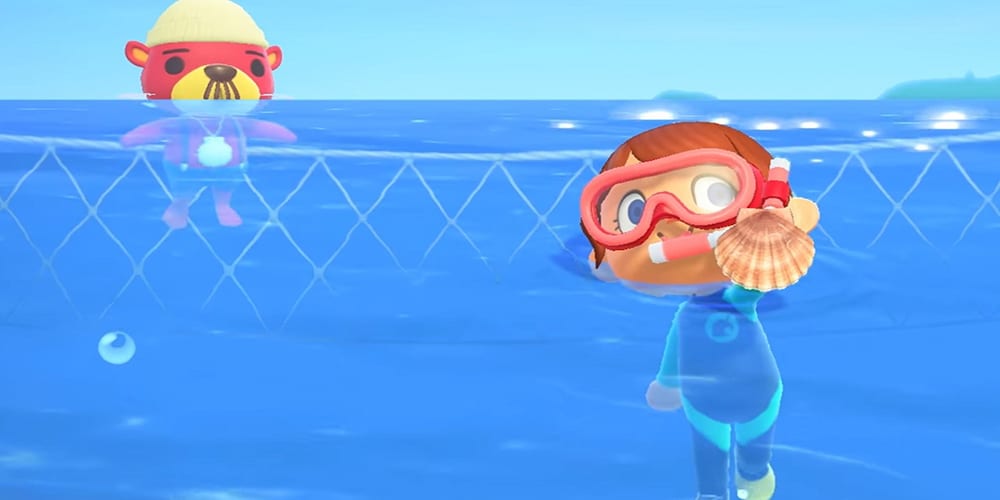 Starting July 3, players can download the update for New Horizons for free. The update brings a lot of fun summer content to the game that we’ve seen in past entries of the series. The history of Animal Crossing is a deep dive into casual gaming at its best. Some of these features are actually my favorite parts of past games. Here’s what we can expect!

Do you know those rocks on your ocean coast? In short, you can literally dive off of them now! That’s a fun little feature that really made me excited during the latest update video. The trailer shows a character heading to the deep blue for sea creatures, including a sea star. You already know the next step if you are an Animal Crossing veteran. The first catch always goes to Blathers at the Museum! Donate your finds to Blathers and learn fun facts about the underwater neighbors you have on your island.

When you’re swimming, you can also find scallops. If you played past games, then you know who’s coming next. Pascal, an adorable sea otter, loves scallops. If you find them in the ocean, then he’ll buy them off of you. Overall, he’s an NPC much like Flick who purchases items from you at an increased rate of pay. Instead of bells, however, he’s going to be giving you mermaid DIY recipes! An entire room of mermaid decor is available if you give Pascal enough scallops. 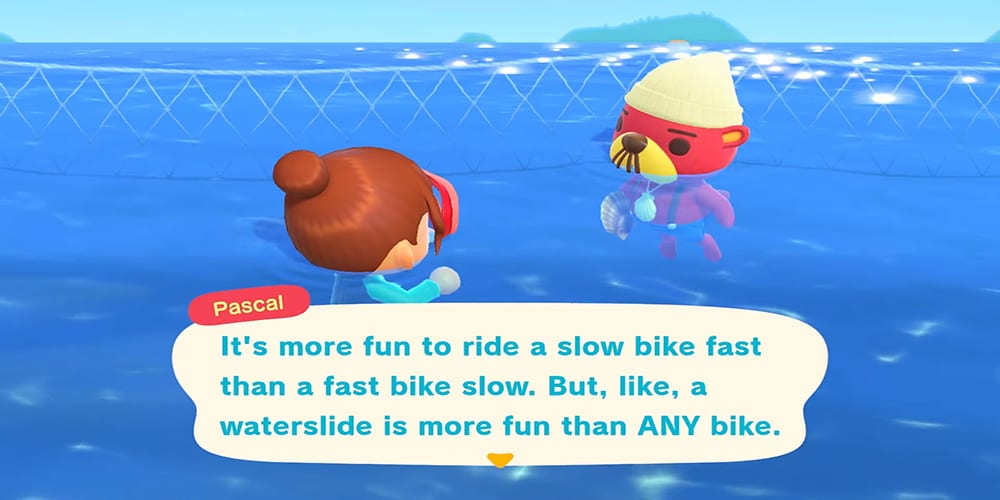 Gulliver, the sea bird who washes up on your shore, looks different after this update. He’s in a pirate outfit and helping him recover his communication device pieces will earn you new rewards. He’s one of my least favorite NPCs in the game, but I’ll take a few new items. Other than that, the update seems to be a nice chunk of content before another update rolls out in early August. After hitting over 300 hours played in Animal Crossing New Horizons, I feel excited for some new content!

Overall, you can download summer update #1 to Animal Crossing New Horizons on July 3. The full video can give you a peek at things before the new content launches. Otherwise, get your house ready for mermaid decor and buy a new swimsuit!

If you’re excited about the new additions to the game, then let us know in the comments! Thanks for reading Comic Years for all things video gaming, comics, and pop culture.