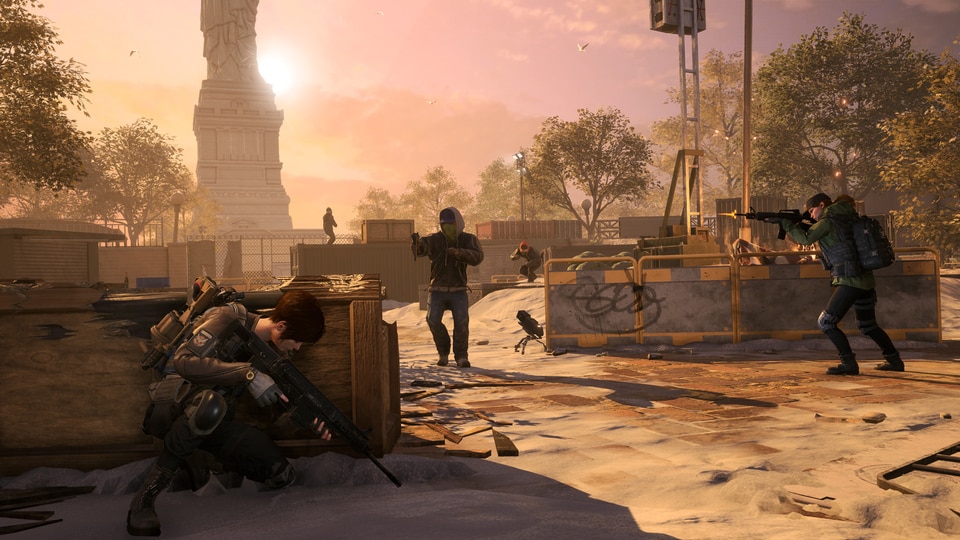 Last year, we mentioned that The Division was coming for mobile. And, it has now been officially announced with The Division Resurgence. The new title promises all the exciting gameplay fans know from the other titles.

If you’ve read our tips and tricks, you know what to expect. It’s a full-on action title that focuses on finding new and better guns. The game promises exciting PvE content for both solo and co-op sessions.

The entry will also be free-to-play on smartphones. It’ll be a third-person shooter and RPG. It’ll also feature a fully open world for players to explore and find better equipment.

The announcement wasn’t as flashy as Watch Dogs Legion. But, it definitely excited fans. They were eager to see a new game in the same setting.

The Division moves to mobile

The Division Resurgence brings the same gameplay experience from the franchise to mobile. It’s a full-on AAA experience with its own storyline. Players will be able to explore an open world set in New York City.

It’s a combination between a third-person shooter and an RPG game. It’s being developed at a core lead time in Ubisoft. And, they’re collaborating with other studios and partners worldwide.

It’ll feature a new storyline with its own factions and villains. Players will be plunged into a new campaign. It’ll be completely independent from The Division 1 and 2.

The main goal is to bring the entire universe to mobile. That way, more people will be able to enjoy the open world around the world. Moreover, they won’t be tied to their living rooms, having to play on a console or PC.

The mobile market has evolved enough so that the team feels confident. It’s an ambitious attempt that wouldn’t be feasible otherwise.

What can you expect from The Division Resurgence?

Players will take on the role of an agent of the SHD, or Strategic Homeland Division. They’ll have to restore order and protect civilians from hostile factions. In the end, the goal is to help others rebuild a better future.

The mobile title is basically the same as The Division but on mobile. It’s a natural universe extension for the other entries in the franchise. The objective is to bring a fresh experience that merges with their created universe.

The game is entirely free to play. But, that doesn’t mean players can expect a drop in quality. The graphics are more animated. Yet, it retains the same style as the other games.

It implements all the core mechanics that founded The Division games. It merely adapts the controls to handheld devices. Thus, it makes it easier to keep fighting, just like you would in other titles.

Gameplay has also been adapted to the on-the-go nature of mobile gaming. The session length has been altered to ensure an optimum experience for everyone.

So, what does the game add in terms of content?
There are new characters and factions. Players will meet and confront enemies in an entirely new setting. And, the campaign is completely original and independent from the other titles.

What else is in the works?

Currently, players can sign up for the closed alpha. You only have to fill out a form about your gaming habits and mobile device. Then, you could be selected to join the closed test after signing an NDA.

The Division 2 hasn’t been forgotten. It’ll receive a fifth year of new content and support.

Moreover, there’s another title in the works: The Division Heartland. It’ll be a free-to-play entry or consoles and PC. But, we still don’t know when it’ll come out or release a trailer.