Attack on Titan TACTICS: The Next Must-Play Mobile Game

Attack on Titan TACTICS – The Next “Must-Play” Mobile Game 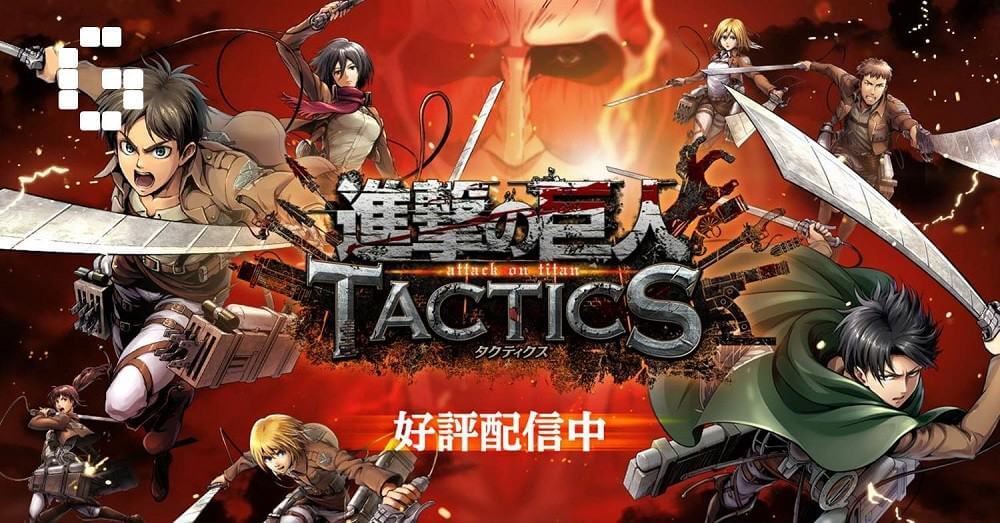 Summer of 2019 is the announced time for the much anticipated and successful Attack on Titan TACTICS. It’s finally headed to North America and Australia. The release was confirmed by the game’s publisher DeNA. It was launched in Japan last week.

Attack on Titan TACTICS is based on the original anime. It is a free to play real-time strategy game. It allows the playe onitanrs to develop their Attack on Titan Scout regiment. This groups is the last hope of humanity against the monstrous Titans. In a brilliant move, DeNA has utilized a real-time battle system which is easy to learn and play.

Attack on Titan TACTICS – The Origins

This game is based on a crowd favorite and highly successful 2009 manga series. It’s called Shingeki no Kyojin ( Attack on Titan). This game is highly anticipated across the anime universe. Written and illustrated by the legendary Hajime Isayama, by April 2019, the series already has 28 volumes. 2013 brought the release of the anime series which is right now in its third season. There are three anime films in addition to a live-action which came in 2015 that have already been released.

Attack on Titan TACTICS has the primary story mode which follows the events of the first season of the anime. The story mode will explain everything. It’s expected that some won’t know the manga series will play the game.

DeNA added that the second season is already in the pipeline. Also, in the works is a Character Episode which will offer original stories. Finally, the EVENTS is the mode where limited time content will be available. Players can choose from 38 characters which include Eren, Mikasa, and Levi. In addition to character choices, players also have around 70 weapons types available for selection.

On the outside the game is pretty simple; the Titans have ravaged the world, and you are the Scout Regiment, humanity’s last hope. You choose your team member and deploy them to fend off the bloodthirsty giants from breaking through the walls. Your job does not end at just defending your district. Get too comfortable or take your foot off the pedal and you watch Titans devour your team. This is a real-time strategy and Tower defense game at its core. You are going to spend a lot of time on your phone playing this game. As anyone who has played that genre of games will tell you.

One of the highlights of the game is that each character comes with different roles, leader and specialized skills. Plus each has its unique abilities. To make the experience even better, the original anime voice actors have been used to voice the game characters.

It’s cool to hear their voices again. However screams as the Titans are crushing them may not be what you want to hear. In an immaculate and cerebral move, an agreement was reached with these voice actors to record exclusively for the game. The songs in the game are by Linked Horizon. The same group that sang the theme songs for the first and second season.

Exam for Attack on Titan TACTICS

To make things spicy, there is an exam to determine if you are genuinely ready for Attach on Titans TACTICS. It’s available on the official website and is called a Scout Regiment Entrance Exam. DeNA has promised to woo its players with gorgeous character illustrations and never before seen battle animations. It also states that all new scenarios and some alternate stories will be made available. These will be exclusive to the game.

For a beginner who has not been introduced to the manga series or the anime, the game itself is beginner-friendly. Knowing each characters strength and abilities give you a leg up. But the age-old process of trial and error can help you go up the ladder very quickly.

Team customization should make the gameplay engaging and fun. DeNA has left no stone unturned to immerse the player in the world of Attack on Titan TACTICS. They have also filled up the roster with fan favorites to minor characters.

The game is not just about building a regiment and placing traps. The players will have to learn the characteristics of each character they choose to create their deck of units.

It will take a strategic approach. The players would need to understand and then aptly use their units to defeat the Titans. If you have no idea about Attack in Titans TACTICS, this game is still for you. Are you an avid follower of real-time strategy and tower defense games? Then this game is tailor made for you. From watching your favorite characters fight the mighty Titans, to fighting alongside them and calling the shots. This game is a personal experience.