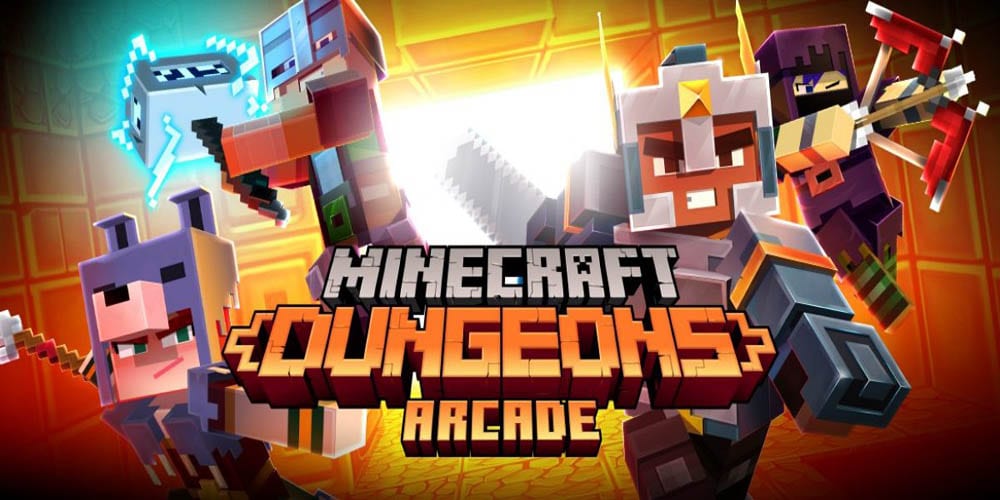 I’m well beyond the age of the average Minecraft player. Kids a decade and a half younger than me probably can’t remember a time that Minecraft didn’t exist. Overall, the game’s longevity lies solely in its ability to be authentically true to itself. The game looks distinct from other titles. The gameplay practically launched a whole new genre of games. In short, Minecraft is larger than life and I love every minute I spend playing it. Minecraft Dungeons is the same thing. When I reviewed the game last year, I immediately fell in love. I expected it to be the start of a new series that Microsoft and Mojang Studios could use to further expand the game’s world. What I didn’t expect were Minecraft Dungeons arcade machines. 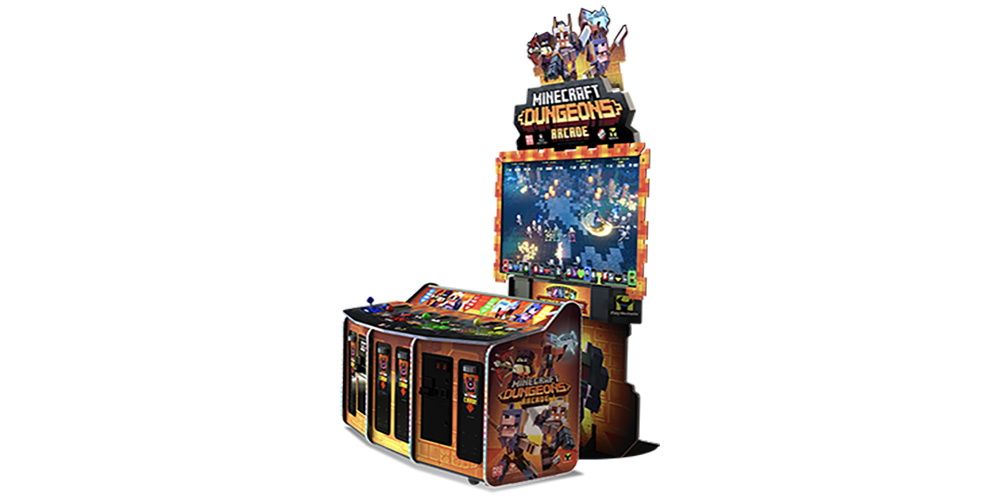 In my Minecraft Dungeons review, I mention the game perfectly introducing players to dungeon-crawling games. The Diablo-style gameplay is a ton of fun. If you’re an adult who doesn’t have experience in this genre, then the game works for you. If you’re a young Minecraft superfan, then it’s an expansion of what you love. The game works so well and offers a ton of fun adventures with friends. I can’t believe I never imagined it as an arcade machine because it makes perfect sense. When I read the announcement, a lightbulb went off in my head.

The Minecraft Dungeons arcade machines will utilize a few key elements of the game and gaming culture as it stands in 2021 to make a new arcade experience. The arcade experience looks a lot different now then it did a decade ago. The latest trend in arcades is actually focused towards adults. Beer-cades that offer a bar experience with retro pinball machines and classic cabinets are very much not for children. A boom in more established brands exploring arcade experiences, like Minecraft, could revitalize a pastime that defined many children’s gaming memories generations ago.

What We Know About the New Experience 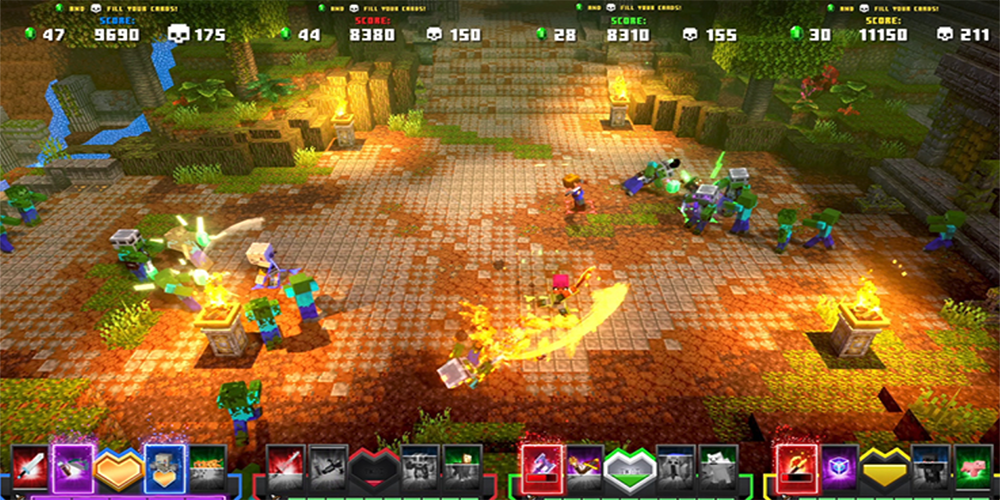 The new Minecraft Dungeons arcade machines will simplify the PC and console game’s mechanics. There are nine levels in total, and each player only needs to focus on three specific buttons: Melee, Dodge, and Range. As you progress through your arcade runs, you’ll gain new items and powerups. In the PC and console version, you simply get to bring these power-ups with you to deeper parts of the game. If you’re playing the arcade version, then you don’t have this luxury. In the arcade version, there’s a unique take on this system: instead of saving files, the player uses physical cards earned through each play session to empower their character with weapons, pets, skins, and items.

I was going to make the joke that if this was around when I was younger, I’d be trying to go on a weekly basis to play more. In all honesty, if this is anywhere near where I live when it launches, I’ll still be trying to go as often as possible. Things we thought were dead and gone are making a comeback. Pokemon cards are flying off the shelves. Why don’t we see what a full-blown arcade Rennaissance looks like? After social distancing for nearly a year, we’re all going to be itching to get out again. This could be a great excuse to do so.

There’s no release date as of now, but we’ll continue to cover the updates to these exciting new experiences as they release! Thanks for reading Comic Years for all things gaming, comics, and pop culture.