Metroid Dread Review: The Best Game in the Series So Far - Comic Years

Home » GAMING » Metroid Dread Review: The Best Game in the Series So Far

Metroid Dread Review: The Best Game in the Series So Far 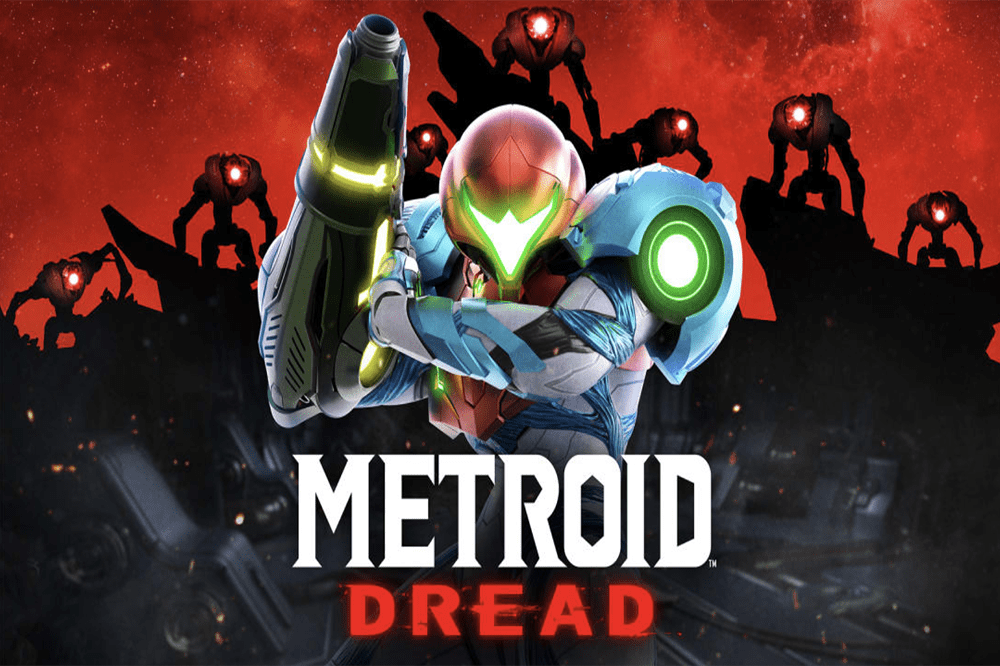 When 2021 wraps up, it’s going to still be hard to believe we got a new 2D Metroid game. Having finished the game, I still need reminding that we actually got another adventure with Samus. There are some game series I like more than this one, but few wowed me quite like my first time playing Super Metroid and Metroid Prime. With the release of the newest entry, Metroid Dread, there’s an immediate divide that needs addressing. Overall, old-school 2D Metroid fans will find a lot to love. Newcomers, however, might be surprised with what they find in this newest release. Let’s explore what’s new, wonderful, and what you should be weary about in our Metroid Dread review for Nintendo Switch. 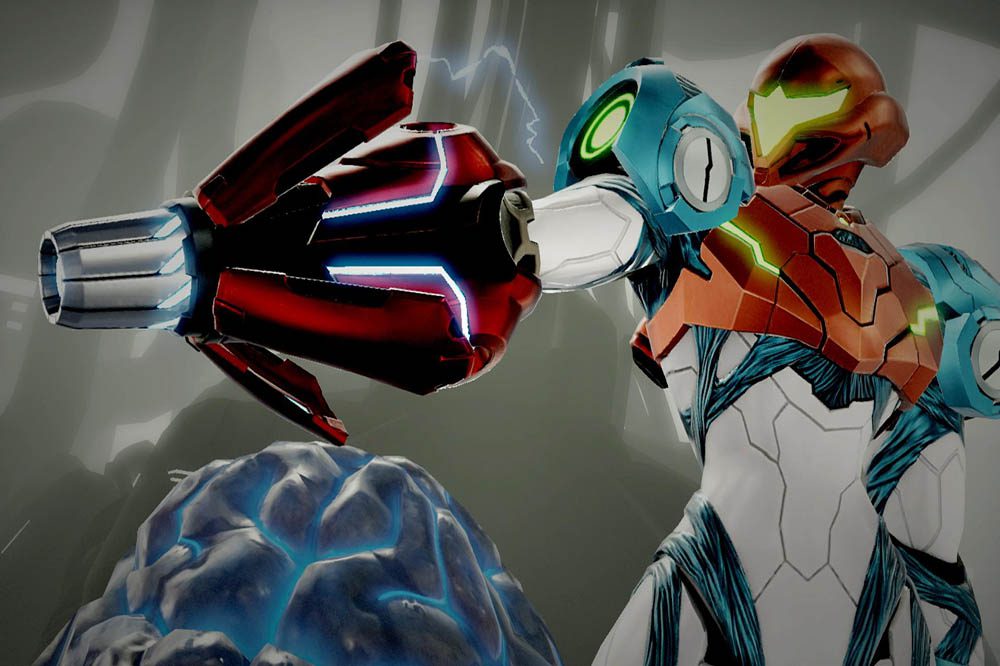 When one thinks about Metroid, they might imagine an adventure game where you roam around a map and shoot enemies. The key to the adventure is exploration and progression. To get to new areas, you’ll need certain power ups. That means going back to areas you already visited to backtrack and enter new spaces. This formula earned the franchise its own place in the name of a sub-genre: Metroidvania.

In Metroid Dread, these familiar elements are back and feel more expansive than ever. I’m smiling while I type this section thinking about how gorgeous the maps are in Dread. As you explore new areas and earn new power-ups, you’re expanding what you can achieve. It’s one of the most satisfying forms of gameplay progression in my opinion. Then again, that’s not the opinion everyone holds. Some gamers don’t like that back and forth, explore here and there style of game. If that’s you, then Metroid Dread might not be your cup of tea. For those who enjoy the likes of games like Castlevania, Hollow Knight, or past games across the history of the Metroid series, you’re in for a treat.

Despite the recognizable aspects of a Metroid game, Dread feels fresh and fun in some pretty big ways. Visually, the game is stunning. Dread is the right word here, with environments and a soundtrack that really send home the game’s narrative. You’re alone in space exploring terrifying environments to find a foregin threat to the galaxy. This is a theme in past games as well, but truly nailed here. So, what is it about Metroid Dread that feels familiar yet new? The key to the series’ latest entry is modernizing how the game feels while still keeping its foundations intact. 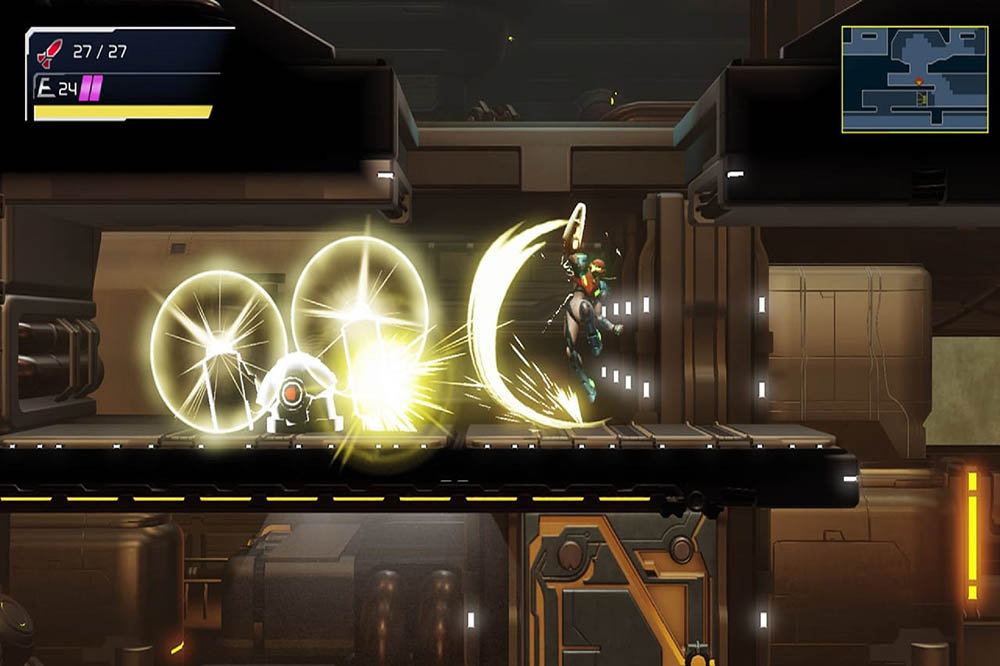 While you’ll immediately recognize the look of Metroid Dread’s environments from a game design standpoint, the game itself feels very modern. Samus moves fluidly and swifter than ever before. As you master each power-up obtained in the game, you feel like the best version of our space hero yet. While some might argue things are a bit “jerky” when it comes to the lightning fast reflexes needed to take on some enemies and bosses, there’s no denying that this is the way Metroidvania games play now. I’m honestly glad Mercury Steam felt bold enough to speed up and expand Samus’ abilities.

That’s not to say that the game isn’t without its frustrating elements. At times, the difficulty of the game, which you cannot adjust to a lower level, is brutal. This isn’t a matter of “getting good” so much as it is just rough in some portions. The EMMI bots introduced in the game are particularly unforgiving. For whatever reason, the inclusion of a hard-to-achieve counter attack when an EMMI corners you feels trivial. If the goal is to teach players not to get caught by the EMMI, then this seems like a lackluster way to encourage other routes and tactics.

Other portions of the game suffer from something a lot of 2D platformers do: precision. The game isn’t clunky or poorly designed, but certain precise inputs needed to beat enemies or bosses feels hard to manage in handheld mode. I found the TV/Pro Controller combo to be the best mode of gameplay.

At around 14 hours, I finally beat the game. People online are doing it faster, but that’s how long it took me. It’s worth noting I’m fairly average at Metroidvania style games, so players with more skill might beat my first run by a couple of hours. Needless to say, if the difficulty aspect of gaming is a turn-off for you, then this might not be a good fit. The late-game challenges in combat and encounters with enemies get pretty rough. If you are up for the challenge however, then you’ll be more than satisfied with the outcome of seeing things through. 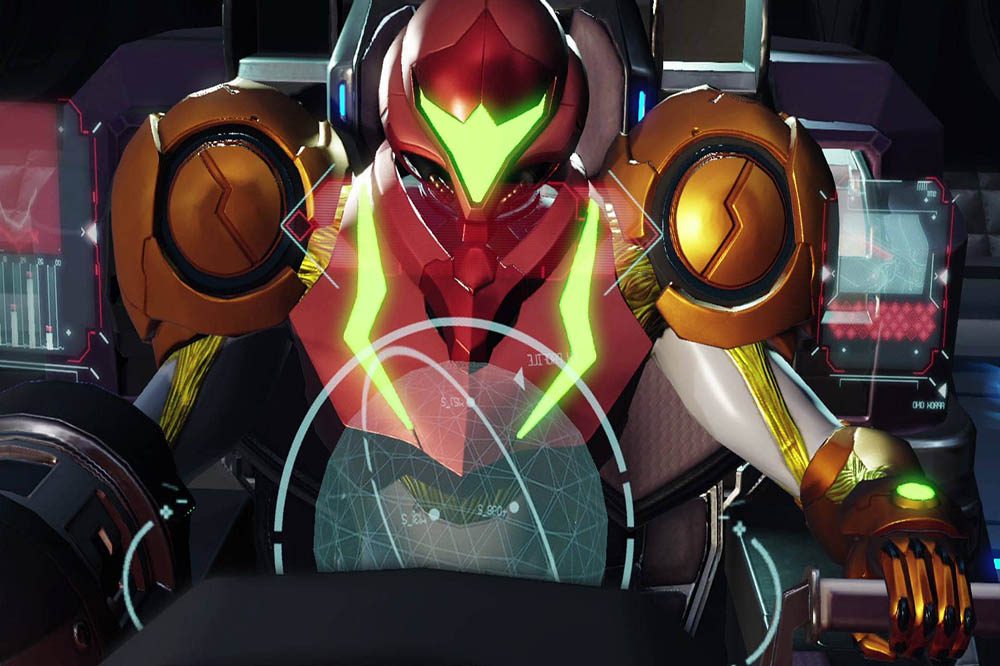 I review games on a scale of 1-10; Metroid Dread is a 10. I don’t give 10s very often. Overall, I reserve that score for truly remarkable games. Despite the frustrating elements of the game, I think that Metroid Dread might be my favorite 2D entry in the series. The history of getting Metroid Dread made is rich with trials and tribulations. Still, we got the game on a successful Nintendo console. Moreover, it’s a damn good game at that.

2D Metroidvania games are everywhere now thanks to an influx of passionate indie developers who adore the sub-genre. Like traditional platformers, Nintendo shows again that the games they published that defined genres and generations are still best suited for their oversight and development. Mercury Steam, the developer who made the game, deserves high praise for pulling this off. If you’re a fan of the Metroid series or just a genuine challenge with high levels of satisfaction upon completing grueling combat encounters and puzzles, this game offers everything you’d want and more.

Metroid Dread is available now for Nintendo Switch if you liked the review enough to pull the trigger. If you play the game, then drop your 3-sentence spoiler-free review in the comments! Thanks for reading Comic Years for all things gaming, comics, and pop culture.

Ten years ago, The Elder Scrolls V: Skyrim shocked me in a truly unique way as a gamer. Firstly, the game was massive. I remember someone in line at GameStop telling me that they read 400 […]

With so much happening this week in gaming, check out the biggest e3 2019 news in our brief rundown of what you need to know.

BY Joshua M. Patton June 10, 2019
GAMINGXbox
5 Things We Know About The Sea Of Thieves Pirates Of The Caribbean DLC

Some exciting things are coming to Sea of Thieves. The free-roaming pirate game is already a ton of fun. If you tried out the game at launch, then you might not have loved what you saw. […]