Marvel’s Guardians of the Galaxy Review 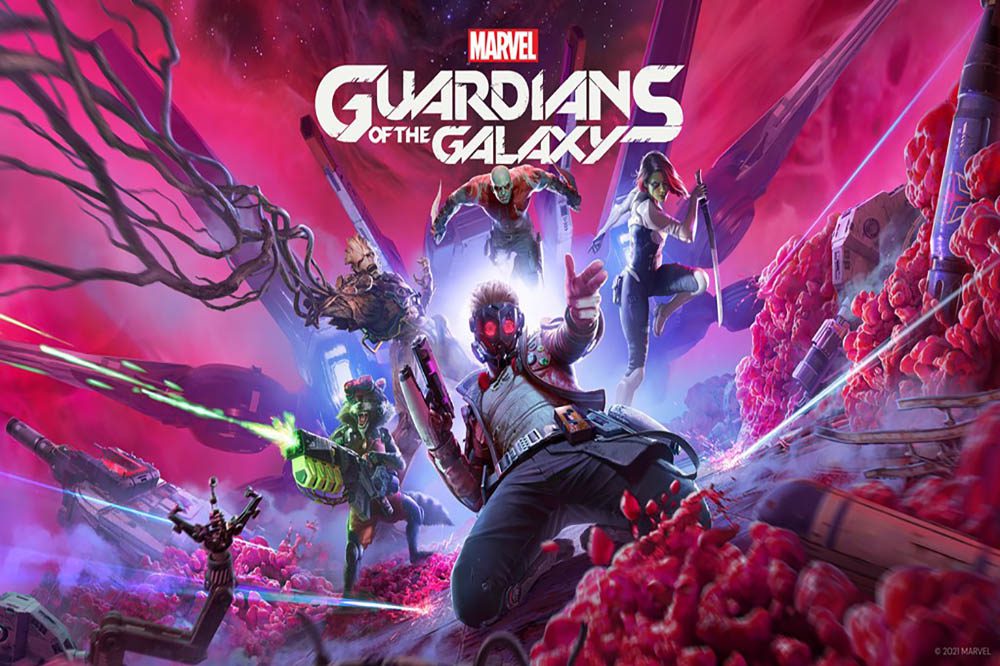 Many Marvel fans didn’t know what to expect with Marvel’s Avengers. These aren’t the heroes we recognize in likeness to their MCU counterparts. Comics fans, however, got to see some really cool storylines and character moments play out in an exciting way. When Square Enix announced another Marvel project, Marvel’s Guardians of the Galaxy, they immediately shared that things wouldn’t be the exact same experience. In particular, you’d be sticking to one hero in terms of controlling the game. You’d also be making decisions that would impact your game experience. What plays out over the course of 16 chapters isn’t a flawless experience. It is a ton of fun, and definitely, an adventure that fans of action games and the Marvel Universe will enjoy. Here’s our review for Marvel’s Guardians of the Galaxy.

Being the Star-Lord of Your Own Guardians Adventure 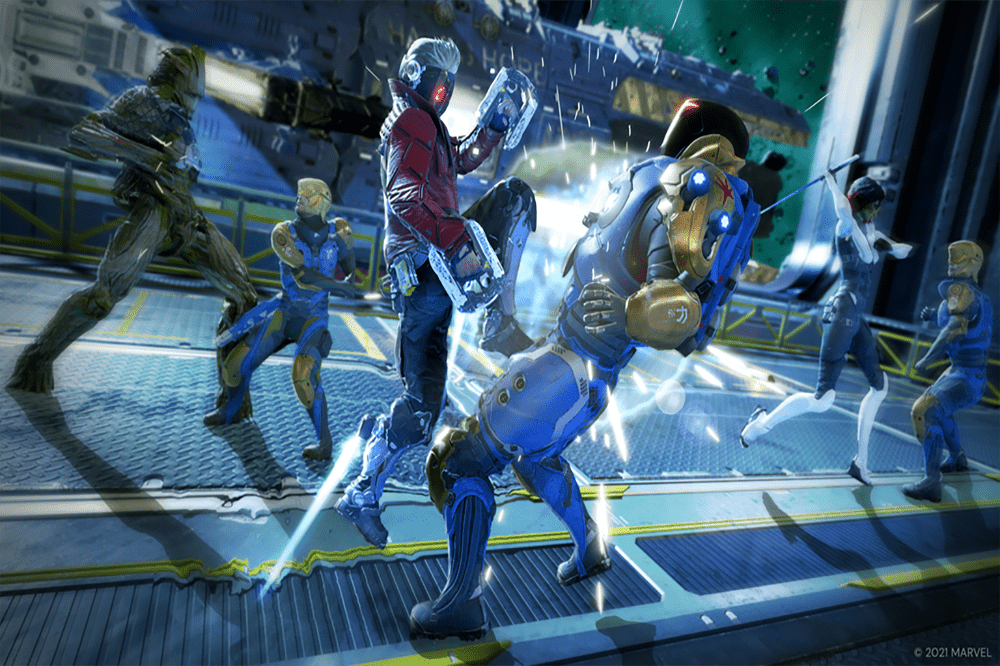 Let’s face it: Marvel’s Avengers didn’t strike a chord with everyone. I somewhat enjoyed my time with it, but I certainly don’t rank it among my favorite releases in recent memory. The minor tweaks to the Marvel gaming experience Square Enix and its development studio Eidos-Montréal made in Marvel’s Guardians of the Galaxy certainly work better for me. One thing I want to mention up front is that the game features a lot of really great moments. There is also a fair share of minor annoyances. Do the latter outweigh the former? Not for me, but I’m sure others will dwell on control issues or combat elements more than I will.

If Star Wars Jedi Fallen Order is the Dark Souls version of a third-person action-adventure, then this is like the tactical twist to the AAA action experience. While I appreciate the MCU, it’s refreshing to see the Guardians of the Galaxy in a new way this time around. Fans of the comics will recognize elements from some of the gang’s most iconic runs. Among the story elements utilized for the game include Annihilation: Prologue (2006), Annihilation (2006), and the 25-issue run of Guardians of the Galaxy from 2008-2010. Luckily, the story doesn’t play out like those comics exactly, so there are no spoilers if you want them as a point of reference for the non-MCU versions of these characters.

That said, let’s talk about my impressions of the game. The linear experience of Marvel’s Guardians of the Galaxy works much better for me than that of Marvel’s Avengers. On the one hand, I feel like Guardians feature a much better grasp of the characters central to the story. Every moment you share with Drax, Gamora, Groot, and Rocket feels spot-on. Playing solely as Star-Lord, you don’t get a run with every character. However, you do control them on the battlefield in combat.

In a Ghost Recon-style directional pad directive, you can order the gang to perform their special moves on enemies as you work your way through danger. As you gain skill points, you can level your own skills up as well as that of your fellow Guardians. It’s a simple system that works really well. I like the feel of combat, which relies on Star-Lord’s guns and rocket boots for very on-brand ass-kicking.

The gang holds their own in terms of AI, and telling them when to make an impact with their skill moves is satisfying when done correctly. Enemies on the highest difficulty really pose a challenge. The medium difficulty, however, is a sweet spot of some challenge without the threat of throwing your controller against the wall.

The cool thing to me about the game is that you dictate certain dialogue options and advantages in combat. You get choices of how to approach different situations when talking with your team, allies, and even foes. The results of your decisions play out in the game, often within that same chapter, as well as providing long-term impacts. Another way you can make a difference is by using the “Huddle Up” function in combat.

If things are going poorly, then you can huddle your Guardians up for a pep talk. They’ll express their immediate concerns, and by using what they say, you choose from a set of confidence-boosting speeches. If you use the feature but fail to pick the right option, then you might be the only one feeling better. Choose right for the whole squad, however, and everyone gets a boost. It’s a small element that I really love for the tone of the game as much as the gameplay itself. Of course, the game isn’t without its bugs.

I don’t remember other Eidos-Montréal games feeling this janky to control. It’s hard at times to even select the button to open doors. This is not a crisp-feeling game. The graphics are good, yet not great. I appreciate that they didn’t go for a comic book look here like Marvel Ultimate Alliance 3 but the characters all look very sub-realistic. It’s not enough to bug me, but certainly noticeable a few chapters in.

Puzzles in the game that you solve between combat encounters also pose very little challenge, which is okay. I don’t need Zelda-style dungeons, but a little variation in challenge and types of puzzles would have been refreshing. The 80s soundtrack to the game fuels the experience in a new enough way that makes things feel fresh. With all of that said, let’s get to the score. 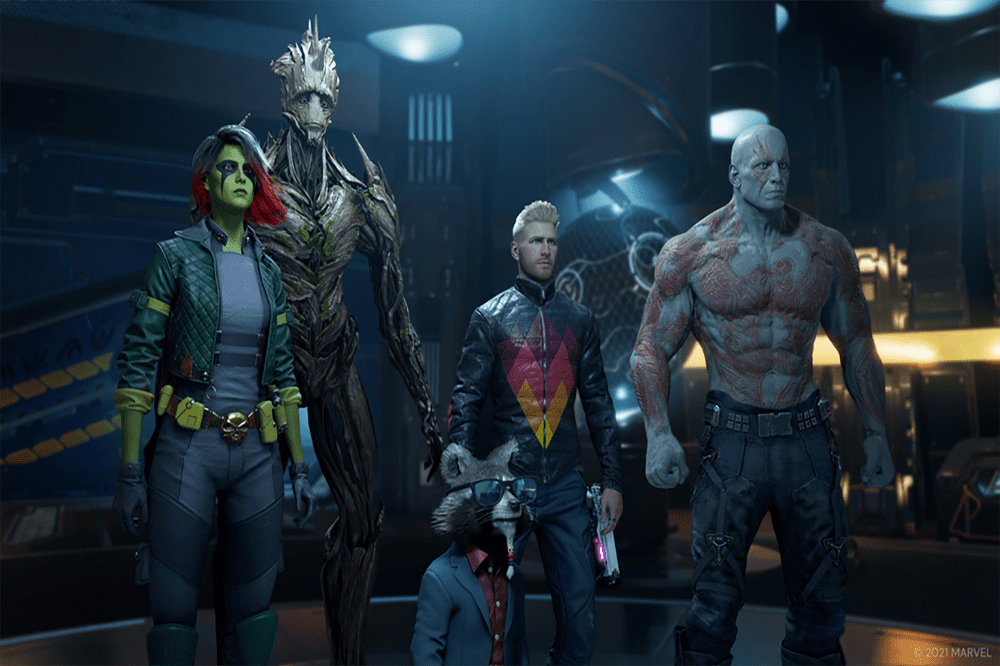 I review games on a scale of 1-10; Marvel’s Guardians of the Galaxy is an 8 for me. I think the real draw for me personally is the fun factor. I had a good time playing this game for two reasons. One, the story plays out at a great pace. You encounter new enemies, friends, and gameplay elements, and at the right pace. Eidos-Montréal nailed this with the Tomb Raider games as well, so I’m not surprised it works so well here.

I also love the tone and writing of the game; hats off to the developers. Of course, those issues I mentioned certainly keep this from being perfect. I also think the gameplay by more than halfway stagnates a bit. You have to be invested in the story and gameplay to keep going without the promise of additional elements to consider and master.

If you’re a Guardians of the Galaxy fan, then I think you’re in for a treat here. If you’re not, then you still get a great action game with fun combat and good writing. The only people I’d say should avoid this game are people who hate superheroes and the Marvel world. If you’re already averse to this sort of story, then you have to know it’s on par for what we’ve come to expect from Marvel games, movies, and recent comics. To me, that’s a good thing for the game. It’s just simple fun; no reason to dive into reasons it’s not enough of something. It’s a perfect Marvel adventure that breaks enough from MCU ties to feel fresh.

Marvel’s Guardians of the Galaxy is Out October 26 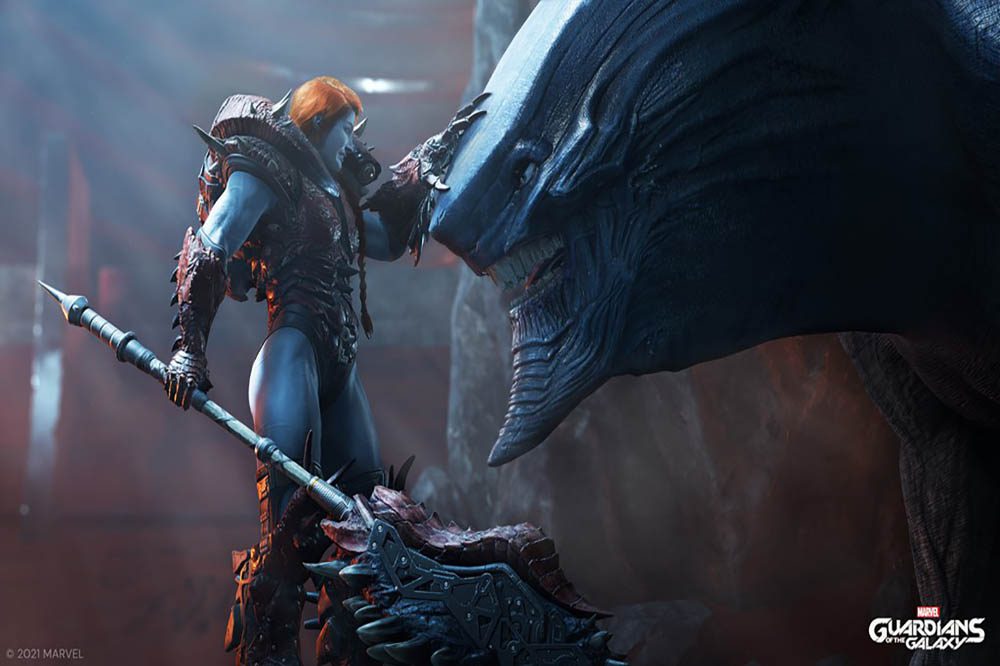 Marvel’s Guardians of the Galaxy review, then you can check out the game for yourself when it releases tomorrow. The game will be available for PlayStation 4|5, Xbox One, Xbox Series X|S, Nintendo Switch, and PC. If you’re excited about anything you read in this review, then let us know in the comments! Thanks for reading our Marvel’s Guardians of the Galaxy review on Comic Years, the home for all things gaming, comics, and pop culture.

A digital copy of the game was provided by the publisher for the purposes of this review.

The Opening Box Office Numbers for Dune Are Here, but Are They Strong Enough for a Sequel?
Eternals Will Bring the First Sex Scene to the MCU and the Franchise Just Got a Whole Lot Spicier