The War for Wakanda expansion arrived for Marvel’s Avengers, bringing Black Panther into the Square Enix game. This expansion is a big deal for the game, in fact one might say they are counting on T’Challa to save the Avengers. Because things aren’t going great for the first AAA game from Marvel (that’s not a Sony exclusive) in years. The game made missteps, both from the technical side and a narrative one. At its best, both Marvel’s Avengers and the War for Wakanda expansion are dynamic games that allow people to play an easy-to-grasp game with their favorite heroes. At its worst, the game is a repetitive fetch-and-fight game with too little dynamic content. Well, the War for Wakanda expansion tries to address the problems some have with Marvel’s Avengers, and it’s a really good Black Panther game.

First, to lay it all on the War Table, I feel like the game is at its best more often than it isn’t. Square Enix delivered something remarkable with Marvel’s Avengers. It’s a game in which we can embody a number of our favorite Marvel heroes. It’s not perfect, as the power-sets for each Avenger have to fit over a similar controls template. Some characters are better than others, but ultimately, it’s an entertaining game. The narrative campaigns are a good time, and the story is interesting. (Though, not as much as it could be, but we’ll get to that later.) Also, considering the veritable drought of good Marvel games of late, ultimately Marvel’s Avengers is a good time, and the War for Wakanda expansion is no different. Though this may speak more to my tastes as a player.

What makes this expansion different than those that it has little to do with the Avengers. The two previous expansions, both focusing on different Hawkeye characters, was about them rejoining the team. As we’ve known since the trailer for Marvel’s Avengers, this game focuses on the Avengers breaking up after a huge public failure. Wakanda, it seems, closed its borders after those events. With one small exception where the player controls Captain America as he explores the game outpost in Wakanda, the expansion is fully centered on T’Challa. We also get Ulysses Klaue, both the MCU version and a more comics-accurate version at the end.

The Avengers come to Wakanda and ask T’Challa for help. In turn, they help him defend Wakanda both from Klaue and the forces of A.I.M. the main antagonists of the game. The missions you undertake as Black Panther, however, are very reminiscent of others in the game. While the story and its focus on Wakanda does expand the world of the game, this is not the kind of landmark expansion that will save it from disappointing player numbers. In fact, the latest data from Steam Charts shows that only about 2,500 people are playing the game at any given time. This is better than it was a few weeks ago, where the player based topped out in the hundreds. But it’s not the kind of rebound that ensures this game will continue to get free expansions. PS5 players can expect the Spider-Man expansion, but beyond that there is no guarantee we’re going to get more content.

Of course, with in-game purchases like the MCU Costumes for the characters, the game may still be profitable. But things aren’t looking great for its future.

Where Marvel’s Avengers Went Wrong and What It Got Right 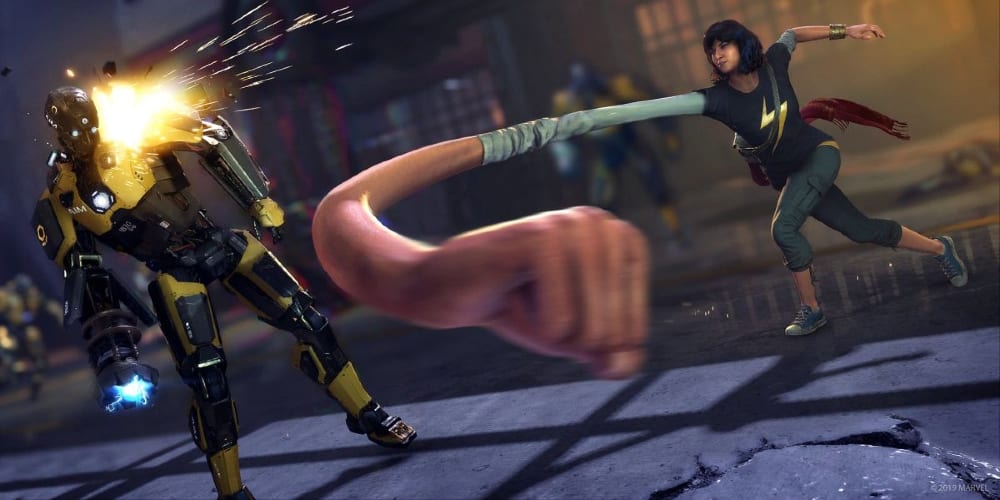 The biggest mistake this game makes is in its story. We first meet the Avengers when they are already famous and successful. It feels like we’re watching the sequel to a movie we didn’t see. Sure, they imply a loose connection to the MCU (to the point where the characters sound and act like their MCU actors). Yet, why they didn’t just start this story at the beginning is a mystery to me. The plot of the game is too convoluted by half, and there are references made to a history we’re not aware of. Because Marvel’s Avengers is not the MCU story, as the War for Wakanda expansion makes clear. For example, T’Challa makes reference to his uncle’s time as king, referencing events that unfolded in the comics rather than in Black Panther.

Even the weakest characters in Marvel’s Avengers are fun to play, and this show the near-limitless potential for Marvel games. Yet, lack of replayability, repetitive endgame missions, and a confusing story hurt it overall. This is a good, fun game, but it’s difficult to truly enjoy it when we can all see the missed potential here. I have no idea what metrics for success Marvel and Square Enix have for this game. We could get another year of content, or they could be pushing for a sequel or entirely different game. (There are no mutants in play, after all.) So, while I personally don’t love this game, I respect the attempt and hope they get another bite at this apple.

Still, the War for Wakanda expansion of Marvel’s Avengers is the best Black Panther game we have. (Also, the only one.) Even if it’s not eminently replayable, it’s definitely fun to play through at least once.

Marvel’s Avengers and the War for Wakanda expansion is available where you get your games.

What do you think? Did you enjoy this expansion? How do you feel about the game overall? Share your thoughts, reviews, and hopes for the future in the comments below.

Featured image via the author