LEGO Star Wars: The Skywalker Saga Editions - What to Buy

LEGO Star Wars: The Skywalker Saga Editions – What to Buy 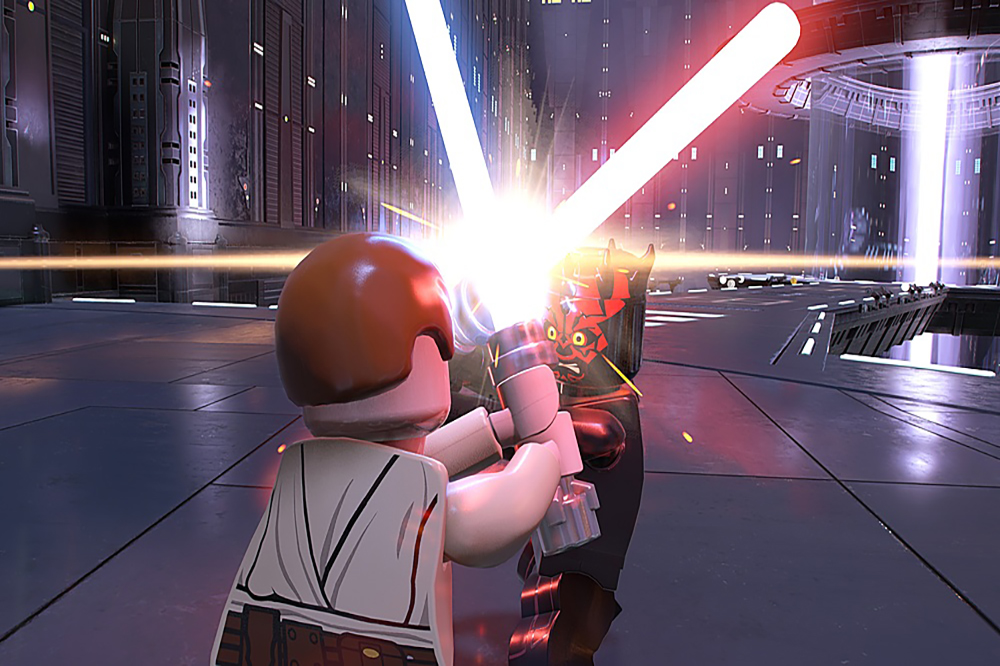 It’s exciting seeing that other reviewers and writers enjoyed LEGO Star Wars: The Skywalker Saga as much as I did. I’m still, like others, working my way through the nine films you can explore in this game. That said, the general public is just getting ready to finally try it for themselves. If you’re considering buying the game, then you have a choice to make. There are two LEGO Star Wars: The Skywalker Saga editions, and springing above the Standard for the Deluxe might be worth it to you. There are some really cool add-ons that I think make considering the higher-tiered option worth it. Whether it is to you or not might be subjective, but let’s at least compare the two. Here’s what’s different when you decide which edition to buy of the latest LEGO Star Wars game.

What Editions are available for LEGO Star Wars: The Skywalker Saga? 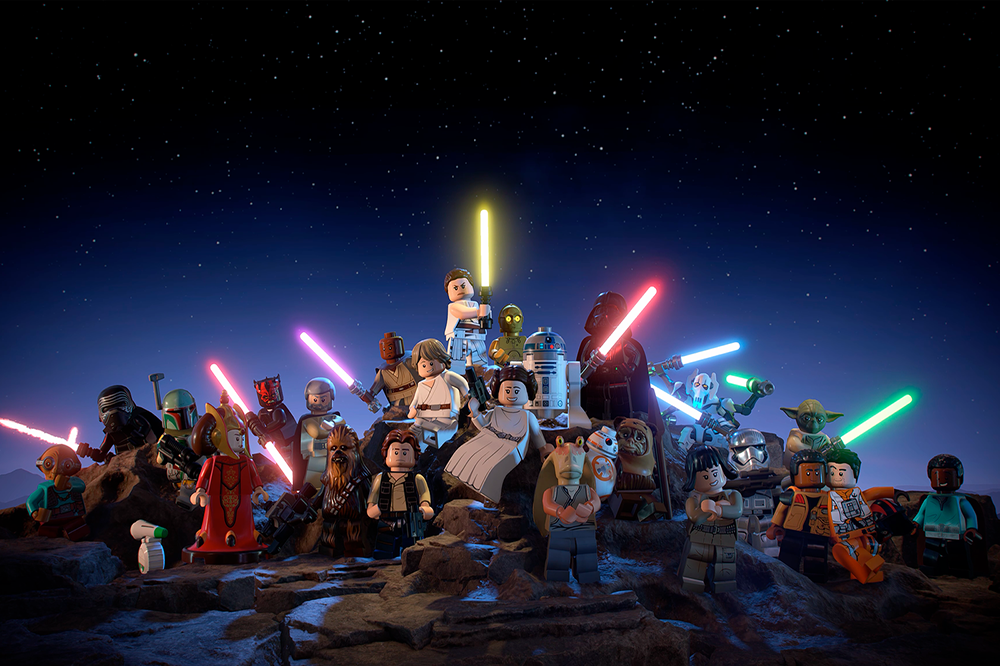 There are two editions of LEGO Star Wars: The Skywalker Saga: standard and deluxe. The Standard Edition yields you the base game, which is pretty darn fun. The Deluxe Edition, the higher of the two, gives you some fun add-on content. Unlike the Tiny Tina’s Wonderlands Editions I shared last week, you’re only choosing between two options here. The decision, depending on your hype for the game, might come down to how much you want from the experience.

Let me explain. The standard edition with the base game features dozens and dozens of characters to play from. On top of the game, you’ll get a Special Edition packaging in the Deluxe Edition, plus some added bonuses. For collectors and gamers who like physical bonuses, you will find one here. A Luke Skywalker LEGO figure is included in the Deluxe Edition. Blue milk is a fun little staple of both the films and Galaxy’s Edge: A Disney Parks Experience.

While the LEGO figure is cute, it’s not necessarily the big statues we’re used to in other Deluxe or Collector’s Editions of games. That said, you will find that the Deluxe Edition of LEGO Star Wars: The Skywalker Saga does give you a ton of extra digital content bundles – many more than the Standard Edition. If you’re someone like me who likes all the fringe favorites and iconic side characters of the Star Wars world, then you might want to spring for the Deluxe.

Is the Deluxe Edition Worth It? 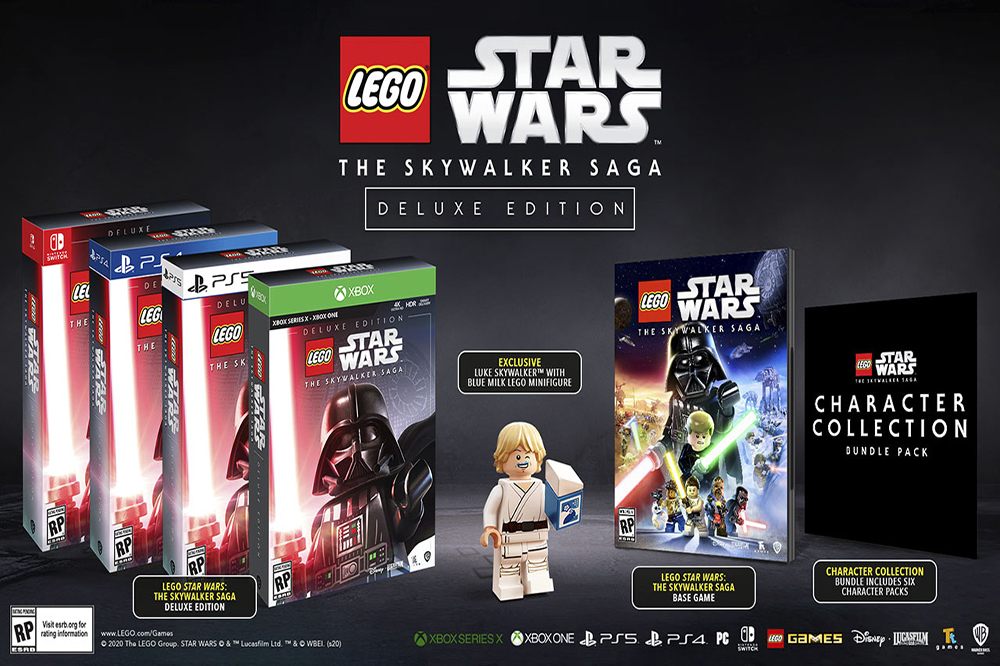 Overall, the Deluxe Edition is the top tier option of the two LEGO Star Wars: The Skywalker Saga editions. It comes with some really great bonus items that might warrant the increased price for you. Overall, you’re going to find the same base game in this edition. The Character Collection bundle add-on increases the different heroes and villains you’ll play as in-game. The added characters include favorites from some of the spinoff films and TV shows in the franchise. In total, there are seven character packs that come with the game. They’ll arrive in a Season Pass style, with some coming down the line in the game’s lifespan. The first two packs include:

Five other character packs add some Classic characters as well as favorites from Rogue One and The Bad Batch. For these extra characters alone, I think the increased $69.99 price makes sense. If you’re a mega fan, then it’s absolutely worth getting. For fun, I threw Young Chewbacca into the world of The Phantom Menace in my initial playtime and it was a lot of fun.

In my LEGO Star Wars: The Skywalker Saga impressions article, I mention how endless the possibilities are with unlockable characters. Additionally, a few Launch Day Unlock Codes net you an additional dozen or so characters you can add to your roster. Best Buy also has a Steelbook Case that continues to go in and out of stock. Be sure to consider peeking at the availability before placing your order. If it’s in stock, then it’s a great extra on top of the amazing things included in the Deluxe Edition.

LEGO Star Wars: The Skywalker Saga is Available on April 5

If you’re still not sure which of the LEGO Star Wars: The Skywalker Saga editions to buy, then drop some more questions in the comments. Either way, you can buy the game on April 5 for Switch, PS4 & PS5, Xbox One & Xbox Series X|S, and PC. If you have questions or want guides for the game, then let us know in the comments!

Although its production was originally reported almost 5 years ago, there is finally forward movement on the Borderlands movie. Eli Roth, known best for his horror flicks, will be the Borderlands director. Here’s what you […]

The latest character announcement for a new Smash fighter wasn’t so much a mystery. We knew for a fact the character would come from the Arms series. Which, while we’re on that topic, go play Arms. The game […]

BY Taylor Bauer June 24, 2020
GAMING
Xbox One Elite Controller: Is It Worth The Money?

I think there are some very real concerns about the more expensive gaming accessories. On the one hand, things like official manufacturer controllers are almost always a better quality than third-party options. So, imagine most […]