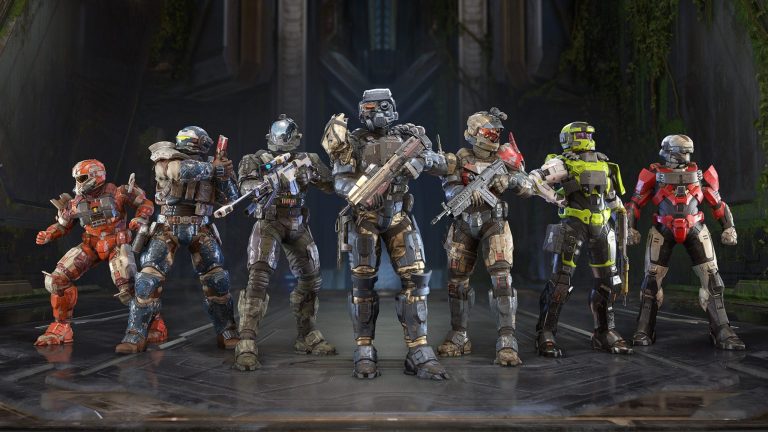 Yesterday, Halo Infinite Season 2 developer 343 industries shared an updated roadmap for the free-to-play multiplayer live service. Season 2, “Lone Wolves”, will begin May 3rd. It will run for more than six months and end on November 7th, just before Season 3.

The positive news is that the arrival of the campaign network co-op was confirmed for late August (along with the ability to replay campaign mission missions), while the Forge mode was moved forward to September, along with an Open Beta release.

However, it appears they will have to deal with six more months of Lone Wolves. 343 Industries stated that this is because they are aiming to provide quality of life updates during Seasons called Drop Pods. The goal is one Drop Pod per Month.

We are aware that we must deliver more content and features faster. To keep priority zero, sometimes we have to slow down to be able to move more quickly later. We are also looking for ways to accelerate.

We want you to have the Forge toolset in your hands as soon as possible so that community maps and other modes can be more quickly integrated into the game.

We’re planning to launch a Forge open beta in Season 2. Forge has been flying with limited audiences for some time. We have had success with Forge in private flight, so we decided to go straight to open beta. This approach allows us to quickly get the core Forge tools to everyone while still focusing on our core priority, which is continuing to improve the foundational aspects of Halo infinite Season 2. Forge will continue to evolve and grow from the open beta.

As we work to improve and scale up, all of us at 343 want Halo infinite Season 2 to be the best user experience. The primary reason we’re prolonging Season 2 is to allow us more time before shipping Season 3. This will allow us to implement “quality of living” improvements based on the learnings from Season 1. We also have other data and feedback.

Overall, the announcement of Lucasfilm Games is exciting for Star Wars fans. Many of us remember a time where everyone who could get their hands on it made a game for the franchise. The quality control might […]

BY Taylor Bauer February 15, 2021
GAMING
Everything You Need To Know About Bungie’s Destiny

Since games were first invented, they have served mostly in one thing – relaxing. The amount of relaxation provided by playing games can’t be matched by anything else. After an intense and hard working day, […]

On November 15, the Xbox brand turns 20! It’s hard to believe that just two decades ago, The Rock was treating us to an awkward console reveal with Bill Gates. Seriously, if you don’t know […]