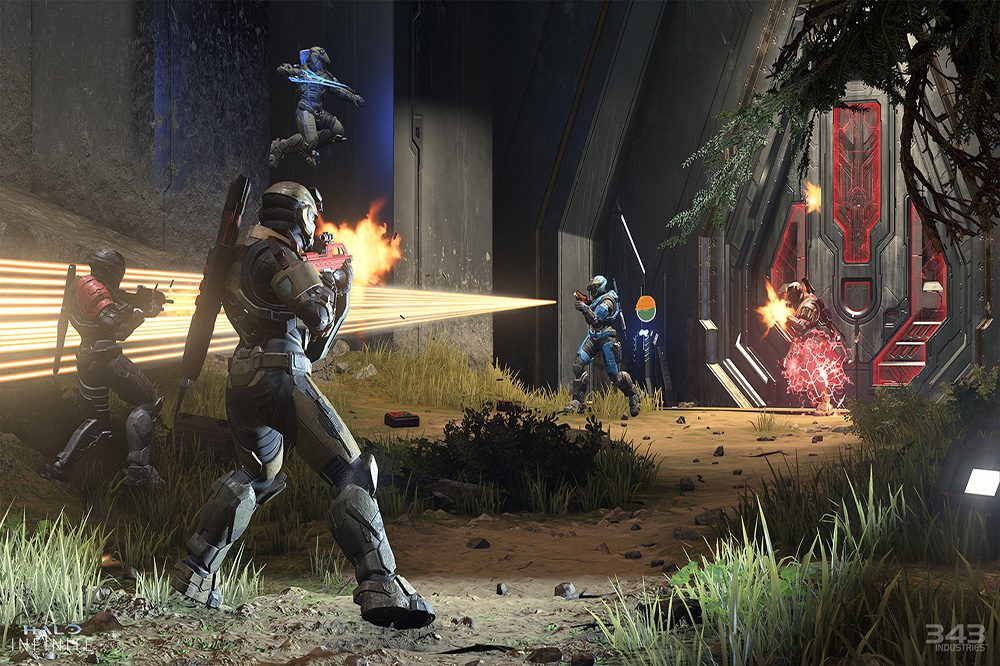 In coordination with the celebration of the original Xbox console turning 20, Microsoft brought us a huge surprise. Okay, if you saw rumors and leaks about the big surprise, then it wasn’t all that surprising. Still, we got Halo Infinite‘s multiplayer mode over three weeks early! The History Of Halo is largely based on the success of its multiplayer mode. Given that the last mainline Halo game, Halo 5: Guardians, really lacked the wow factor fans wanted, this new release has a lot riding on it. Given that the most important game mode of the series’ most consequential game launched early, I spent the bulk of the last 24 hours getting a taste of everything available right now. While these are early impressions of a dynamic experience, here is our Halo Infinite multiplayer launch review for the content you can play right now.

Halo Infinite Multiplayer Kicks Off With a Great Foundation for Success 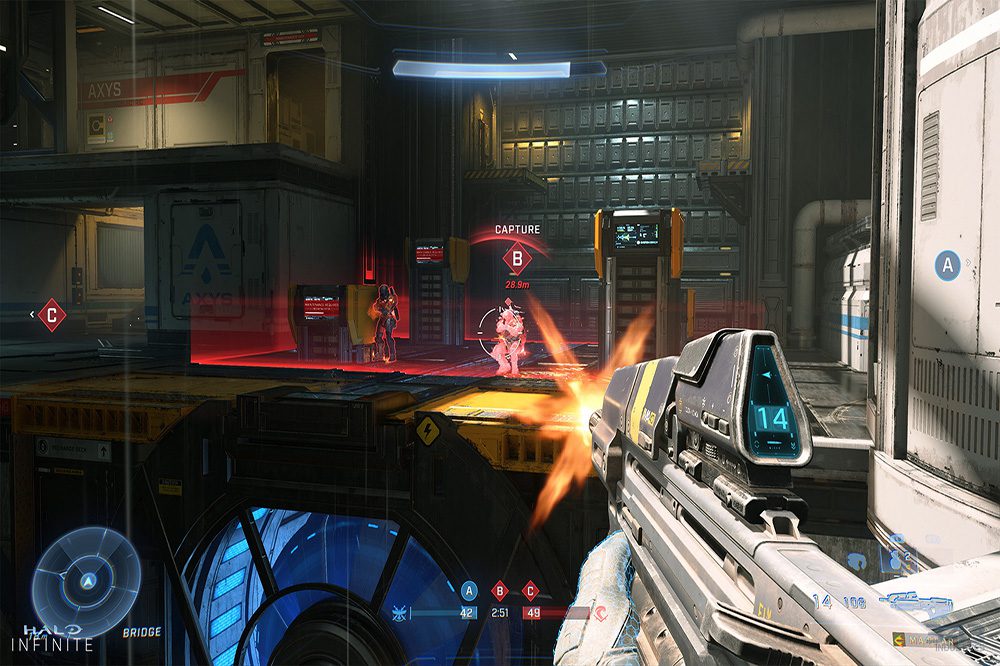 Halo Infinite looks and feels like the experience so many of us know and love. It’s also noticeably crisper, cleaner, and modernized in all of the right ways. The UI for Infinite’s online multiplayer experience looks great within matches. Environments, weapons, and characters also feel very akin to what I’d expect on latest-gen consoles.

Of course, looks aren’t everything, especially in a game that thrives on fast-paced firefights and cut-throat gunplay. The familiar elements of Halo‘s multiplayer look and feel improved in just about every way. The experience of playing this series online is something that is very nostalgic for a number of players. The cool thing about Infinite so far is that it feels more like the Halo I love than the previous title. Best of all, matchmaking is a breeze and plenty of players are already online, allowing for endless content. Within 8 hours of release, VGC reported that over 270,000 concurrent players were logged on Xbox and PC.

It’s a promising start to the game mode most will spend their time on in Halo Infinite. That said, there are a few things we need worked out before this is a pristine experience. 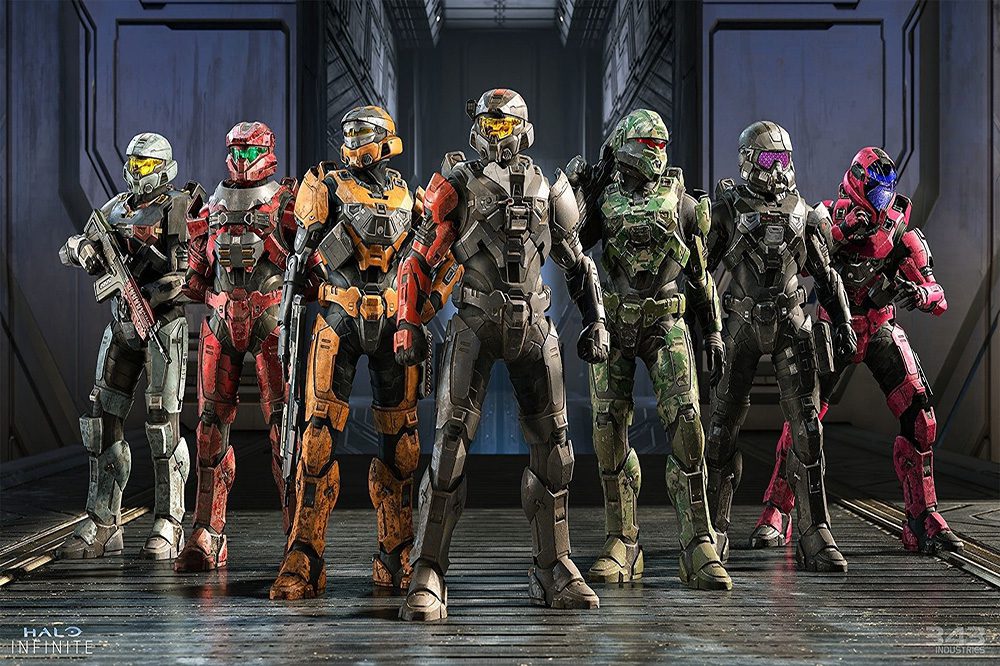 My biggest gripes with the game while working on this Halo Infinite multiplayer launch review were certainly the battle pass system and the game mode playlist.

Beginning with the latter, the current playlist mixes in a number of team-based game modes. While Oddball and Capture the Flag are fine, I’d prefer to play straight Slayer mode, the series’ deathmatch experience, either in a free-for-all or team format. I’m guessing we’ll get the ability to choose our match modes of choice by launch. Still, with the insane amount of players already in the game, there’s no reason for 343 Industries to worry about matchmaking. If they can mold it into a catered experience akin to what Call of Duty Vanguard’s multiplayer mode offers, then I’ll be thrilled.

The other glaring downside to playing Infinite‘s multiplayer mode right now is the Battle Pass system. Like other modern multiplayer experiences, a Battle Pass allows the developer to include cosmetic items for purchase as well as an incentive for players to keep playing the game. Halo Infinite Season One multiplayer content is themed around Reach. At the moment, however, the progression system is painfully slow. After a few hours of playing, I still sat at level one in the season’s player rankings.

After wondering why I wasn’t leveling up sooner, I realized experience only comes to players via Challenges. Winning a match, or simply playing one, nets you nothing. I hope this is changed soon, and given the number of people griping about it online, I think 343 Industries will listen.

The Full Game and Campaign for Halo Infinite Launch December 8 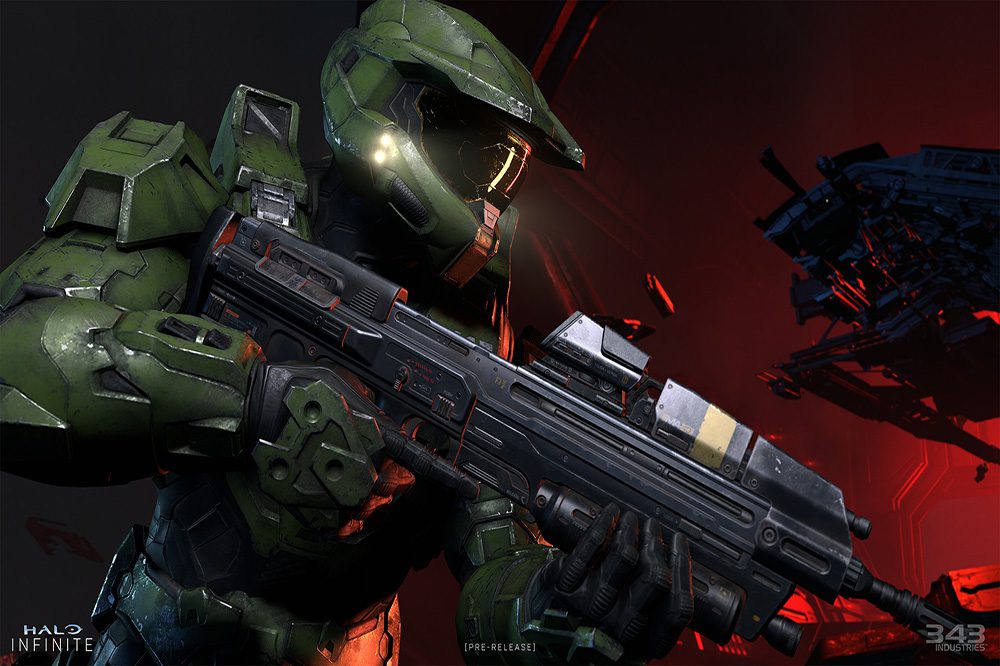 I’m not scoring this review simply because this all comes after a day or so of playing Halo Infinite. If it was a scored experience, then I’d likely sit above a 7 at least. That said, it’s important in these stages to share the positives and negatives while not allowing them to determine the state of the game. The mode is still being referred to as a “multiplayer beta” at this point by Xbox. Still, things are promising even in this semi-official stage of development.

If multiplayer is getting you excited for the full game, then don’t worry! We’re in the home stretch awaiting the official Halo Infinite release date of December 8. There’s a ton to look forward to with the game, especially for long-time fans. I wasn’t in the camp of gamers who hated Halo 5, but it certainly wasn’t a home run. The “back to basics” approach to Halo Infinite seems to be the right move. As we see with the battle pass system, however, there will be some kinks to work out.

As far as the full game goes, a recent campaign overview certainly offered up what we’re looking for as Halo fans. I guess I can’t speak for all fans, but it’s certainly more promising than that initial E3 Gameplay Premiere. When we finally get a chance to check out the game in its full glory, it’ll be nice having had a few weeks to brush up on our skills in multiplayer.

If you’re excited by what you’ve played or seen so far in Halo Infinite multiplayer, then let us know in the comments. Thanks for reading Comic Years for all things gaming, comics, and pop culture!

The New Spider-Man: No Way Home Trailer Is Here, And So Are Some Old Friends
Jurassic World Evolution 2 Review