Guns And Gaming - A Tried And Tired Debate - Comic Years

Home » GAMING » Guns And Gaming – A Tried And Tired Debate

Guns And Gaming – A Tried And Tired Debate 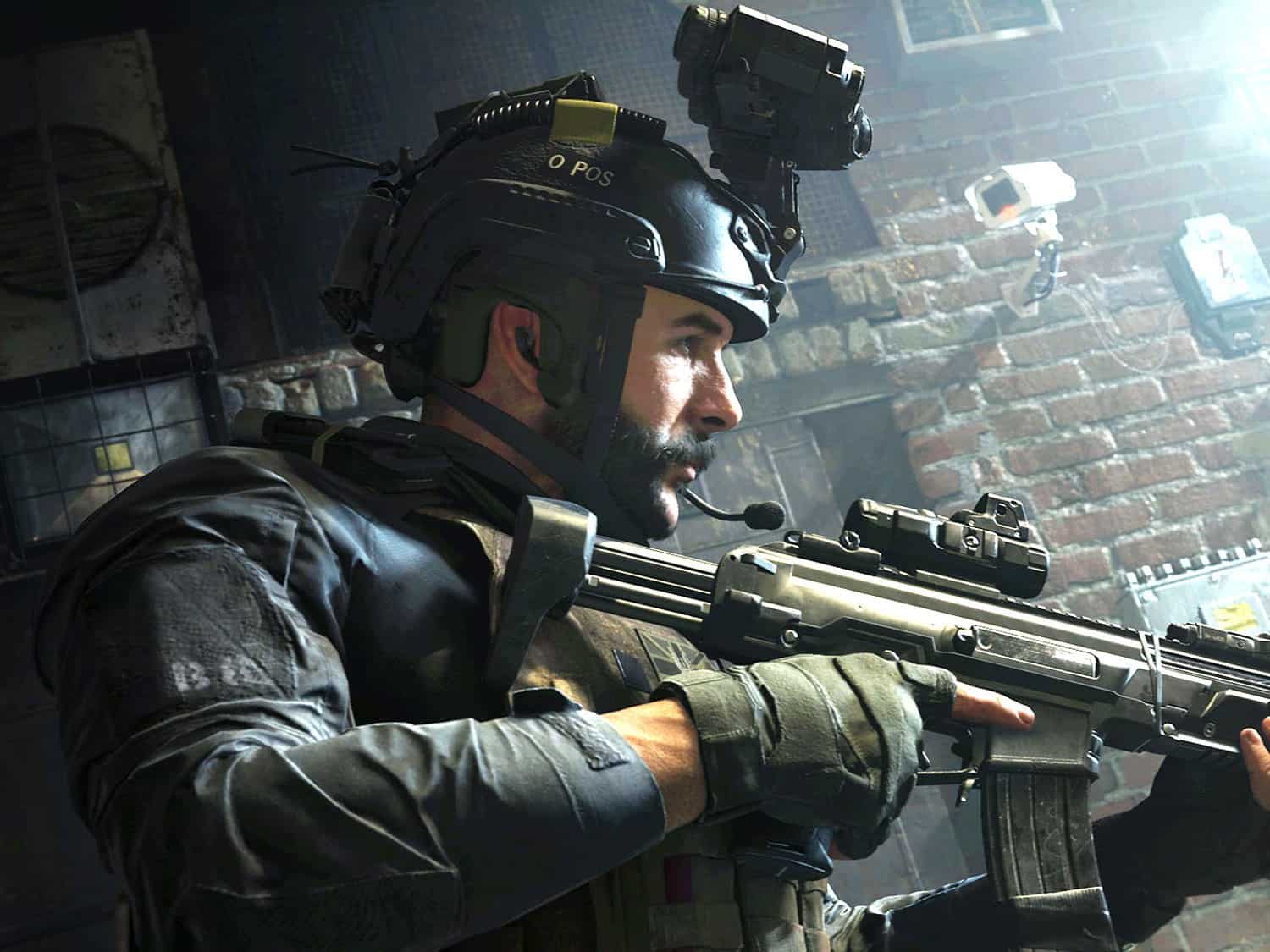 Recent tragedies in Ohio and Texas are spurring a number of debates. Gun legislation is a major talking point for politicians, as are the influences that lead to mass shootings. Often, leaders place the blame for public acts of aggression on external influences. Research often looks into movies and music. In the past, comic books also took blame as as possible influence on violent male teens. The question at the center of it all is whether or not mass media leads to an increase in violent tendencies or aspirations. In terms of intersections, guns and gaming always come up in conversation.

Gun violence and video game violence go under the microscope extensively. For years, cultural critics have looked for a correlation between video games and violence. We’re not talking non-violent games, or even something casually violent like Mario stomping on Goombas throughout the entire history of Super Mario Games. No, the threat according to some who posit a relationship between violent video games and violent acts is the influence and desensitization they breed. Despite existing as a talking point for decades, there is little to support this claim. Furthermore, it points to a bigger issue that usually ends up ignored.

Guns and Gaming – What Research Says

It’s not necessarily new to look at gun violence and violent video games. For years, Democrats and Republicans pointed to violent video games as a major threat to young men. In the last few years, the issue became slightly more partisan, seeing far more discourse and discussion from the Republican Party. Politicians on both sides, however, have a vested interest in the things that stay in public discourse. Each party is responsible for pushing narratives to achieve political gains. For that reason, we can’t turn to politicians as a credible source on the matter, unless they have some evidence to back up their assertions. So, let’s talk about real research.

Before we dive in, let me encourage reading beyond the citations I’ll provide below. Don’t read what I’m writing and stop there. The studies I’ll reference are all available for reading, and I encourage following everything from literature reviews to research results to truly understand what’s happening.

There are a lot of different sorts of video games. We can’t say that all violent video games are one thing. For that reason, it’s worth noting research is largely looking into realistically violent video games. These include things like Grand Theft Auto and Call of Duty, where real people are performing violent acts. As video game players know, however, that is not the only form of violence in video games. Non realistic violence, taking place in animation-designed environments and featuring non-human characters and enemies, are also considered violent games. Minecraft and Pokémon are great examples, because neither is meant to depict a realistic world, yet violence occurs.

Mixed results exist in the understanding of realistic versus non-realistic portrayals of violence as a precursor for aggression. In a study from the University of New York, the differences are quite minimal in terms of impact. The findings point to no increased aggression in either case. One misconception is that the more realistic a game is, the more likely violence may manifest itself in reality. On the other hand, others argue that non-realistic games detach violence from being a harmful act, and make it easier to mistakenly implement in real life. Both are proven in this specific study to be null, and in others. What does this mean for the guns and gaming debate? Well, violence consumed through mass media is not necessarily going to lead to violence in real life, let alone aggressive emotions or tendencies.

Increased Aggression Does Not Lead To Intense Violence

For those kids playing violent games as early as age nine, mass shootings are not the culmination of too much exposure. Furthermore, it’s not arguable that the media children consume matters in the way that advocates against violent games suggest. For this reason, age restrictions exist for mature themes in video games and movies. Even then, there is no evidence that violent video games lead to violent acts of mass murder or aggression. The aggression caused by violent video games does not lead to long term violent tendencies.

Moderating Impacts of Violence in Adults who Play Video Games

In the guns and gaming debate, nothing dictates an argument more than one’s ability to recognize moderating impacts. Moderating impacts are things that may be influencing someone’s violent tendencies, no matter whether or not they play video games. The strongest moderating impacts always have been the same. First, mental health is a strong tie-in to aggression and violence in adults. Mental illness makes dealing with emotions harder at every level. At the very least, mental health effects one’s ability to process aggression in a healthy way.

The ways in which mental health can lead to aggression is separate and independent of video game use or mass media consumption. An increased presence of aggressive or violent media, however, can lead to increased aggression. Another moderating impact of violence in adults is education. Those without, at the very least, a high school education are more likely to be aggressive and violent. This comes with the norms endowed by a schooling experience, as well as the cognitive development of a K-12 curriculum. Lastly, socioeconomics can matter as well. Between perceived social support, economic stressors, and instability in quality of life, someone’s financial and social influences matter more than the media they consume.

Collecting the Data Behind Guns and Gaming

The studies linked above offer no support behind video games being a precursor to violent acts, including mass shootings. A few key points come out of the research. In terms of factual studies, research points to a consensus. For starters, one’s life, including socioeconomic influences, education, and mental health dictate behavior far more than mass media influences. Moderating impacts are argued to be enhanced by violent video games. but findings in studies do not point to this.

Secondly, children do not possess the ability to process violence in a safe manner. When seeing violence, they act increasingly aggressive. This dates back all the way to the infamous Bobo Doll Experiment, in which children saw someone hitting a doll and then hit the doll themselves. The studies that back this notion up, however, do not point to long term violent tendencies. Rather, aggression is increased and can cause anger or other aggressive emotions in the short term.

Lastly, and most importantly, whether a game is realistic or not in its depiction of violence does not matter. Aggression in kids is going to increase whether they shoot someone with a gun in Call of Duty or stomp on a Koopa in Mario. In adults, the ability to decipher the differences is not significant enough to point to an increased chance of violence.

A Solution to the Problem

It’s tough to offer a solution to the problem of gun violence. Within 12 hours of the Dayton and El Paso shootings, Fox News researchers were blaming video games. Likewise, countless pieces blamed gun laws. We can’t offer a solution for mass shootings in America. That’s not what I do as the Video Game Editor for Comic Years. I will, however, always point out the flaws in the notion that video games are responsible for violence. Like many other false examples of correlation, video games do not lead to mass shootings like the ones we saw this past weekend. Courts constantly rule this relationship out in convictions. Many people play video games, and children who play video games with guns are not drawn to guns at a higher rate than those who play nonviolent games.

Facts Point to Guns Leading to Violence, Not Games

All we can do is look at evidence-based analyses of this problem. Gun violence and mass shootings are not the product of violent video games. Violence in video games, however, does lead to increased levels of short term aggression, which at a young age can really affect a child’s cognitive processes. It’s tiring, however, to even spend time debating the merits of video game violence leading to mass shootings. Introduction of this argument into any debate on gun violence, given its lack of empirical support, is a distraction. It’s often offered as an argument meant to avoid politically sensitive discussion about gun policy. Likewise, Democrats and Republicans have used mass media influences as a reasoning behind a number of tragedies instead of examining these complex governance problems, leading to the assumption that false blame is better than no blame at all.

There’s no cut-and-dried answer to mass shootings in America. But, that should not deter work towards finding one. A running total lists 256 mass shootings in 2019 alone in the United States, and 29 dead just this past weekend in two instances involving one shooter each. That’s a significant amount of violence. We can wonder about the reasoning behind these senseless acts of hate and violence, but without data or logic behind it, video games (or music or comic books) are not the cause of this phenomenon.

An Appeal to Empathy on Guns and Gaming

I want to end on a note about empathy. News reports always turn human lives into statistics. Guns and gaming will continued to be falsely tied together, but that doesn’t save lives. Wherever you stand on gun rights, politics, or ideology, I urge everyone to feel and think like human beings. I often think of a John Donne poem when these things happen.

No man is an island,
Entire of itself.
Each is a piece of the continent,
A part of the main.
If a clod be washed away by the sea,
Europe is the less.
As well as if a promontory were.
As well as if a manor of thine own
Or of thine friend’s were.
Each man’s death diminishes me,
For I am involved in mankind.
Therefore, send not to know
For whom the bell tolls,
It tolls for thee.

Something must be done about this insane violence, and rather than blame video games and other mass media influences, the facts must be examined, and action must occur. For the sake of all of us, we must look out for one another. That starts with two things. One, reading up on research and avoiding biased reporting. And two, striving for real solutions, not distractions, misdirections, or action that has no direct consequence on the problem. Guns and gaming do not connect, and forcing the topic into an already difficult and emotional debate does everyone a disservice.