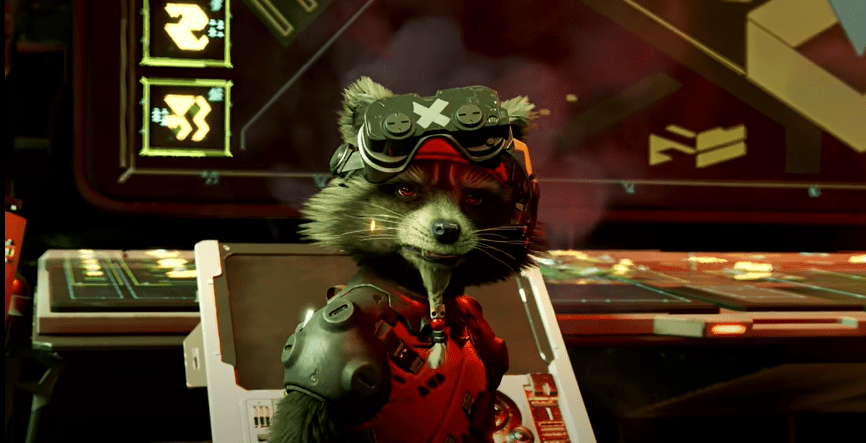 Are you looking for a game that has exciting action, fun characters, and the cutest canine astronaut ever to exist? Well, we might have something to recommend. The trailer for Marvel’s Guardians of the Galaxy game dropped during the 2021 PlayStation Showcase, and we’re excited to try this one.

This game follows the events that take place 12 years after a galactic war. Our protagonist, Star-Lord, is eager to be a part of the world that is ready to move on from the past. Selling his service as a sort of “heroes-for-hire” deal, he has learned how to capitalize on the war’s remains. The Guardians will need to remind the world of what’s really out there. They are up against the Universal Church of Truth, who will be trying to convince the cosmos that they can bring back everything that has been lost.

The PlayStation game Guardians of the Galaxy, developed by Eidos-Montréal and published by Square Enix, will release for Windows, PlayStation 4 and 5, Xbox One, Xbox Series X/S, and the Nintendo Switch. Players will get to live out their hero dreams by playing through the third-person perspective of the one and only Star-Lord, a.k.a. Peter Quill. Other characters include Gamora, Rocket Raccoon, Drax, and Groot.

One of our favorite elements in gameplay is the ability to change the outcome based on key decisions during a conversation, rather than just by pure action. This game will have this feature, as dialogue trees with important decisions will come up throughout the game. The decisions made will have impacts on relationships between characters, rather than the plot of the game.

Are you planning on playing the Guardians of the Galaxy game after watching the PlayStation Showcase trailer? Let us know if your expectations for the game are as high as they would be for a Guardians movie! You can pre-order the game now ahead of its release on October 26th, 2021.