Get a First Look at The Cuphead Show Coming to Netflix 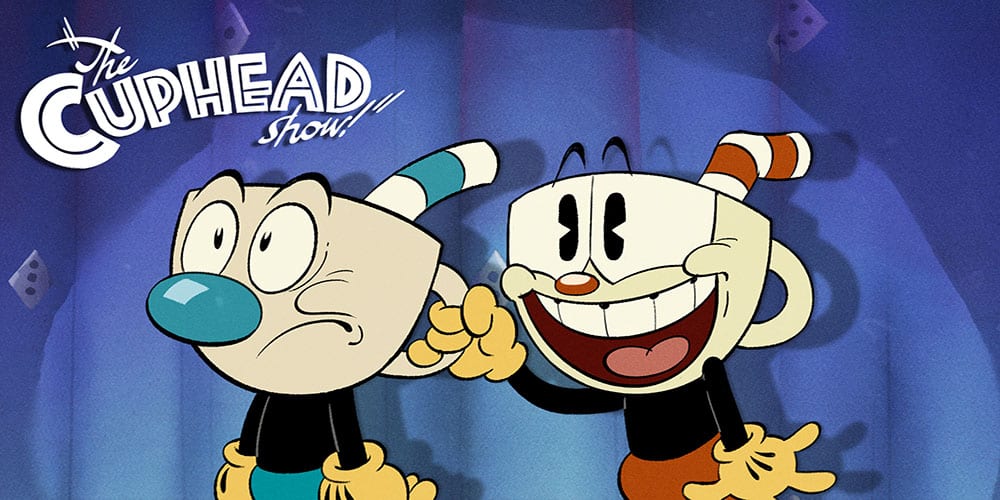 There are some games that feature art styles that hardly look like games at all. Some go for the photorealistic look. Other games like Cuphead go for something a bit different. Inspired by the golden age of cartoons, Cuphead was a passion project of a detailed and familiar, yet completely original, world and set of characters. The game is hard as hell to beat, but it’s worth the harrowing experience. If you’re not up for the game’s insane difficulty, then you might opt for watching people on Twitch play the game. Better yet, you can check out The Cuphead Show coming to Netflix. We got a first look at The Cuphead Show on Netflix and a peek at who’s voicing King Dice, the baddie out to steal our beloved cartoon cup-characters’ souls.

"Who will be the first contestant to roll the dice?"

Cuphead is a fun tale of two brothers, Cuphead and Mugman, who wander off into the woods against the wishes of their Elder Kettle. Coming upon a game of craps, they hit a hot streak. After winning a handful of tosses, The Devil bets them their souls that they won’t win again. When Cuphead rolls a loss, The Devil makes a deal with them. If the two can collect the “soul contracts” from his runaway debtors by midnight the next day, then he might spare them. What continues in the game is a wildly difficult series of levels. While it might look simple with its straightforward controls, the game is a wild ride that tests your patience.

The Cuphead Show promises to be a little more enjoyable than dying at the hands of Cagney Carnation like 50 times. The show is going to adapt the game and expand upon its interesting world. The animation of the game, arguably it’s most incredible element, is in full-effect according to previews of the show revealed at Netflix Geeked. King Dice, the owner of the casino where the beverage brothers lose their souls, will be voiced by Wayne Brady. It’s honestly a genius fit given Brady’s showmanship. We can’t wait to see more, and it’s the tip of the iceberg today. More great reveals from E3 and Summer Game Fest 2021 Kickoff Weekend are to come. Keep your browser right here on Comic Years for the latest info on games, shows, and other exciting reveals!

Why Not Give These Batman Cocktails A Shot
The Sequel to Aquaman Finally Gets Its Name: Aquaman and the Lost Kingdom