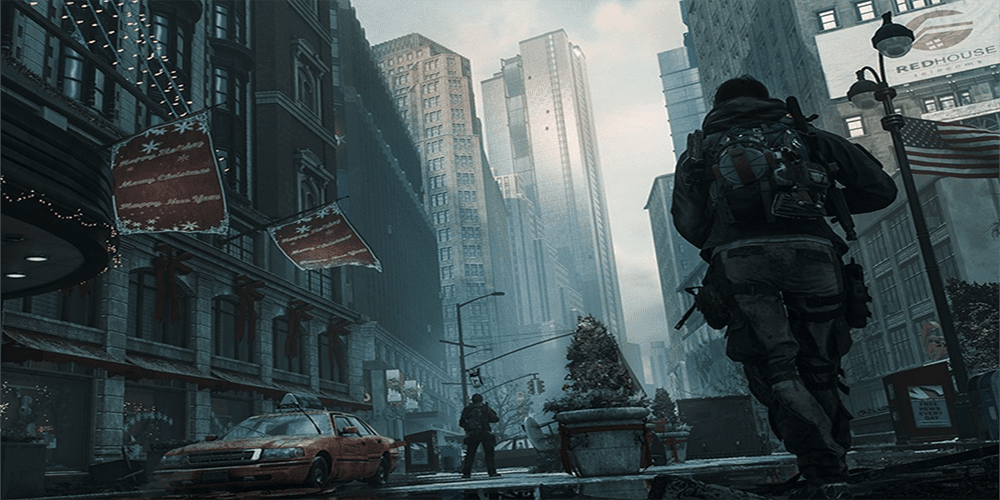 It’s that time of the month again where we get a peek at what free games are heading our way! Xbox fans know that Game Pass Ultimate isn’t just a ticket to the Game Pass library. Overall, you also get four free games each month to keep. This month has a title I’m frankly surprised to see. Plus, you’ll see a few games you might not recognize but definitely need to check out. Here’s the latest lineup for Games with Gold for September.

Games with Gold For September 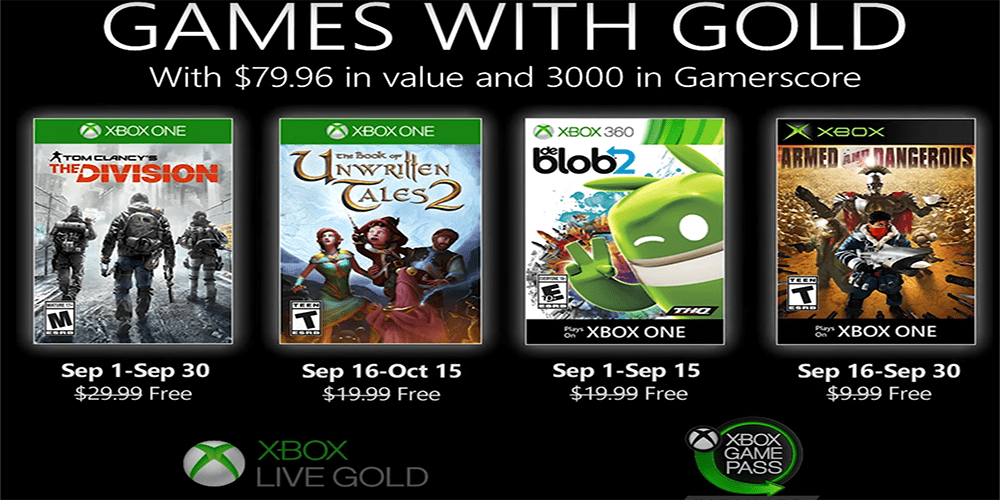 If you’re not an Xbox Gold member or Game Pass Ultimate subscriber, you can try the latter service free for $1 at this link via Microsoft. Ultimate gets you Gold as well, and these four games coming this September.

Tom Clancy’s The Division ($29.99 ERP) is leading this lineup of Games with Gold for September. I mentioned being surprised to see a game in this new batch – it’s this one. While the game is a bit dated since the release of The Division 2, it’s still fairly active. For the most part, many players liked this original Tom Clancy game more, so the player base is still alive and well. Give it a go if you like MMO-style shooters. I’ve sunk about 20ish hours into the game on random days where I didn’t know what to play. It’s worth a look to be sure.

de Blob 2 ($19.99 ERP) is also available for free starting September 1. The Inkies are back with a new plot to rid the world of color and it is up to Blob to stop them. Oddly enough, the main game mechanic in this game is painting the world with insane colors. While it might sound a bit juvenile, it’s actually a great time. You can play this on your Xbox Series X come November as well thanks to backwards compatibility.

The Book of Unwritten Tales 2 ($19.99 ERP) is great for fantasy fans and available September 15. Overall, the game walks you through a fantastical world via point-and-click adventure. It’s all roughly a satire on your favorite fairy tales and old stories from ancient worlds. In short, I liked this game at release, and although I played it on my Switch, I’m sure the Xbox version will be a ton of fun to revisit halfway through the month. 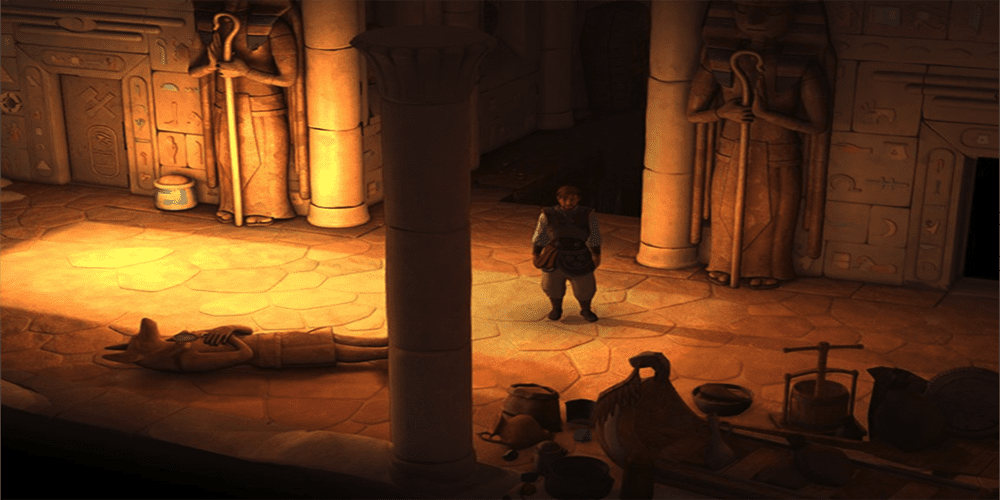 Armed and Dangerous ($9.99 ERP) rounds out the list as this month’s OG Xbox release. With a witty story that parodies popular media, wield outlandish weapons and shoot your way through 21 action-packed levels. The game is a great example of early 2000s action shooters that really didn’t put a lot of effort into, well, anything. That might sound bad, but it’s a blast to play through again or for the first time.

Anything in the Games with Gold for September list standing out to you? If so, then let us know in the comments. Be sure to redeem these games within 15 days of their release to the service. Otherwise, you miss out on them for free. That said, the exception is The Division, which will be free all month long. Thanks for reading Comic Years for all things gaming, comics, and pop culture.