Fortnite's Rare Emote can be Worth more than $500, Here's why

Home » GAMING » Fortnite’s Rare Emote can be Worth more than $500, Here’s why

Fortnite’s Rare Emote can be Worth more than $500, Here’s why 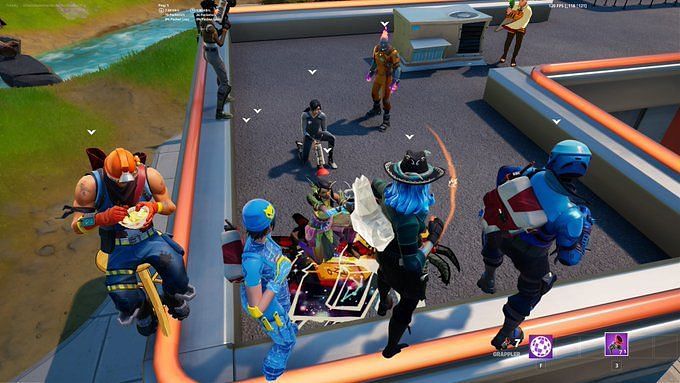 Fortnite skins are usually less than 2,000 V Bucks. However, there are cosmetics that can be worth much more. Accounts with Double Helix outfits, which were released in a limited edition Nintendo Switch console, are worth over $1000.

The scenario is another cosmetic that can be used in-game to help Loopers increase their account’s value. This emote is rare and costs over $700. Only a few players around the world have been able to obtain it.

This is everything you need to know about Epic Games’ battle royale title’s Rare Emote.

In Fortnite, What makes the Scenario emote so rare?

Epic Games and Samsung released the Scenario emotive in 2019. The dance is based on the choreography used by K-pop band iKON for love Scenario. The background music was a revamped rendition of the song.

Players could redeem Scenario in the in-game shop between March 8th and December 31st, 2019, after they purchased the following Samsung devices:

The Samsung Galaxy S10 Series was a flagship phone, so it wasn’t possible for most players to buy them as cosmetics. Ninja and a few content creators had it unlocked for showcases. It was also unlikely that casual players would travel this far to get a skin.

scenario emote is a masterpiece

It’s worth noting, however, that the IKONIK skin was also sold alongside the Scenario Emotes. IKONIK, like the Rare Emote, is a rare outfit, and everyone who has it wins bragging rights.

How do you get the Scenario to Rare Emote in Fortnite?

The Scenario Emote was available for purchase for a short time three years ago. It cannot be redeemed in Chapter 3 Episode 2 because the offer was only valid for the S10 series and not until December 2019.

This is why IKONIK, and the Scenario Emote are some of the rarest and most valuable cosmetics in Fortnite’s history.

Exclusive cosmetics are rare in Fortnite as they aren’t available in the Item Shop. These cosmetics include EON, Galaxy and Blue Striker.